My friend Marty gave me this bit of marble.

What to do, what to do?
I know, I think I’ll try some stone carving.
I think it was a waste piece from some home improvement project.

I’m not going to attempt a traditional penjing tray,they’re not really my style, I do bonsai, what I am going to make is a somewhat natural looking slab (all white) , but with a recessed potting area with drain holes.
You’ll see, it’ll be cool.
First step is to remove these cut edges. 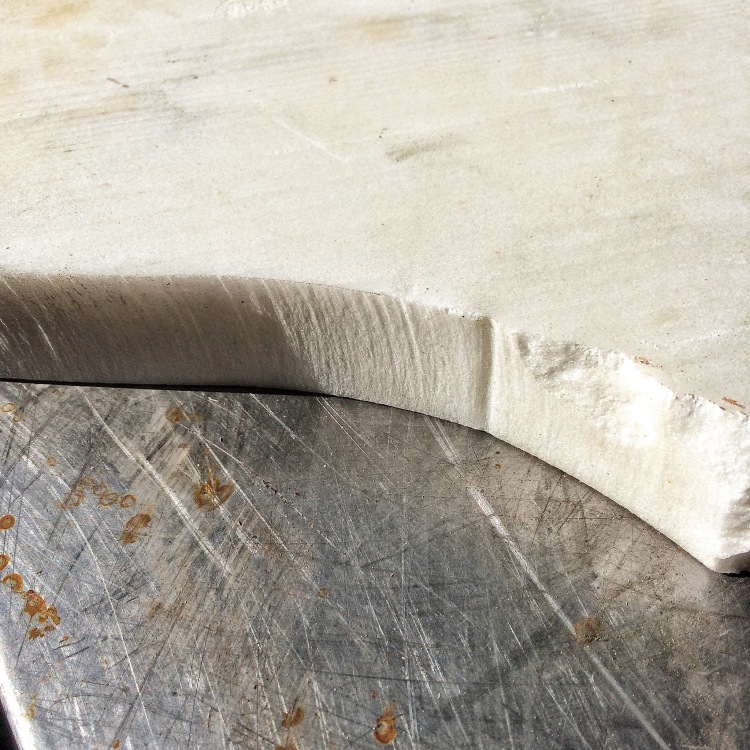 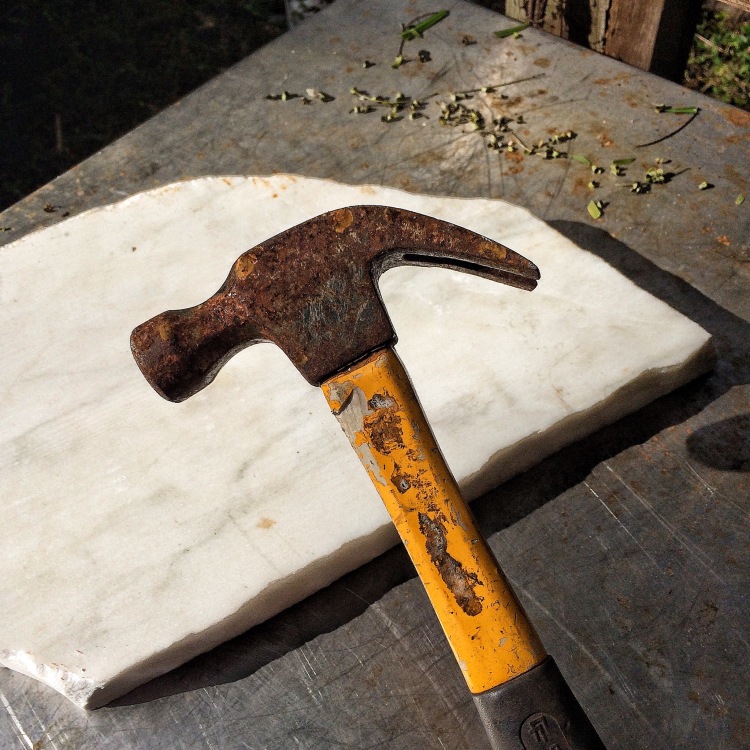 With some well placed blows…..

I think we have success. If you attempt this, just be aware that stone will fracture along veins in it’s structure. Marble has a really fine structure, so it’s pretty easy to work with (it was the stone of choice for the Classical and Renaissance sculptors after all) and it’s pretty soft, for rock. It’s like the Steely Dan of stone (you needed to be pretty stoned to listen to them, man……)

Then I break out my trusty Dixon Ticonderoga…..

….it’s the pencil guys, and I draw some guidelines.

The tool I’m using to carve is an angle grinder with a diamond studded cup wheel. 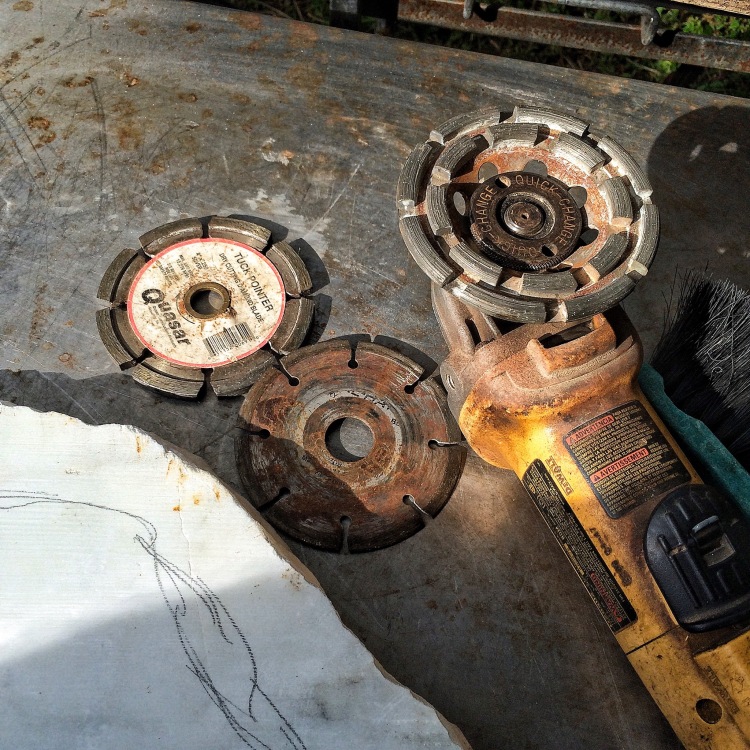 You were picturing something that Elvis might have drunk his wine out of, right?
Can you see the diamonds?

There’re more carats in that than in my wife’s engagement ring.
Speaking of which, did you know that diamonds are pretty much worthless? Not only can they be made in the laboratory cheaply and easily, there are so many natural diamonds in supply that they might as well be grains of sand.
This wheel costs anywhere from $40-100, depending on the brand and the seller. You’re paying for the manufacturing of the wheel mostly, not the diamonds.
I got my wheels for free from my brother in law Jeff.
First cut, just tracing the lines.

Now it’s merely a task of slowly removing the stone I don’t need.
Ok, two things, I’m making a mess and this wheel is getting worn down. 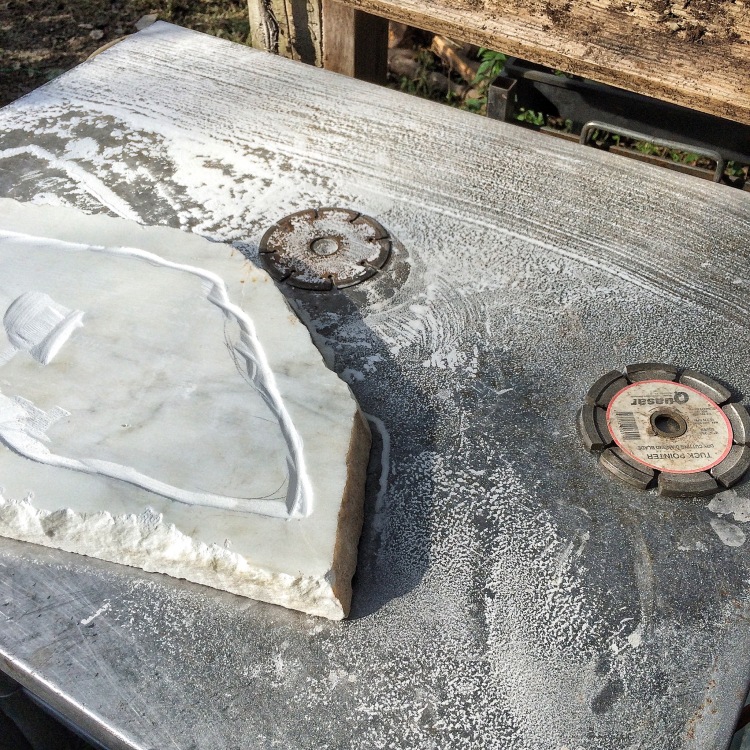 I think I need to move this operation someplace else.

I should make note that I am protected, not only my eyes but also my lungs.

I don’t need silicosis.
I’m switching to a new wheel too, if you need to force a cutting tool it’s usually worn out.

This isn’t the first stone carving I’ve done, this is a piece of concrete. 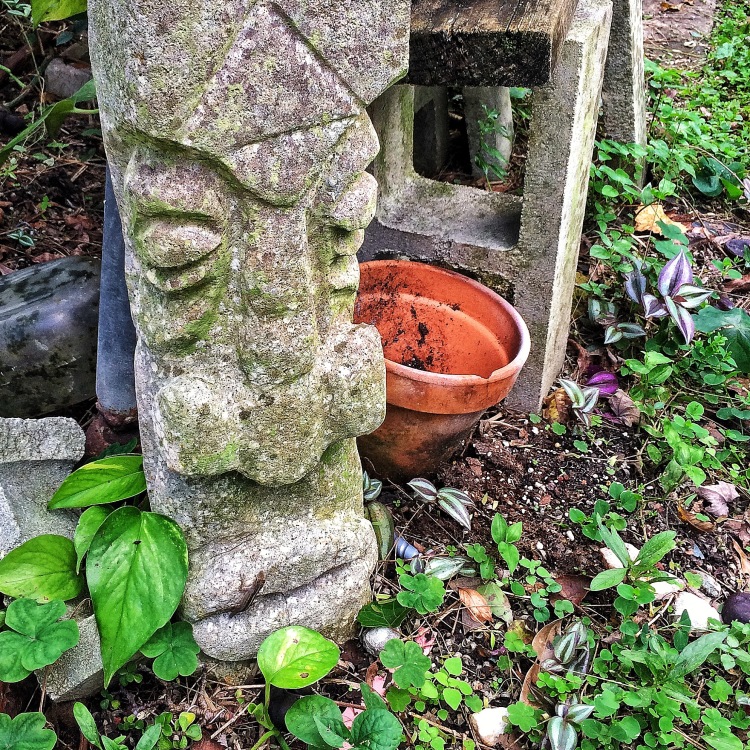 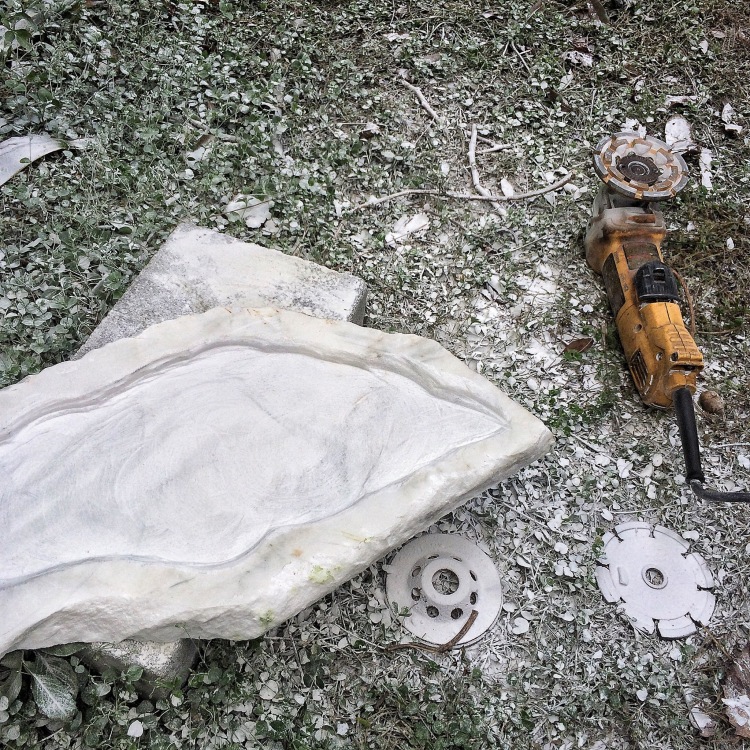 Now for some holes. 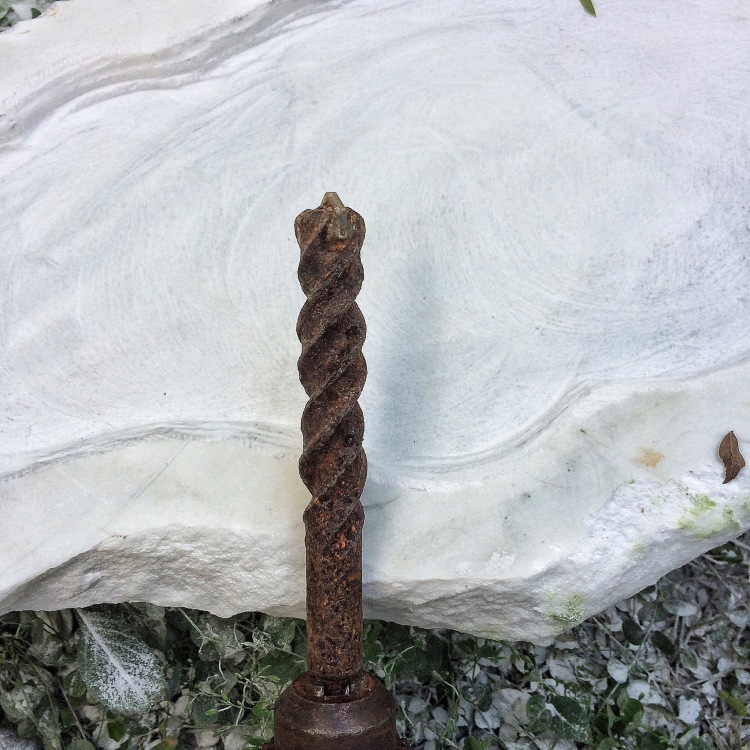 I know, it’s rusty, but the tip isn’t, it’s made of carbide.
It cuts like a hot knife through buttah….

I think four holes are enough.

Then I carve a slope around the holes so that water drains towards them. 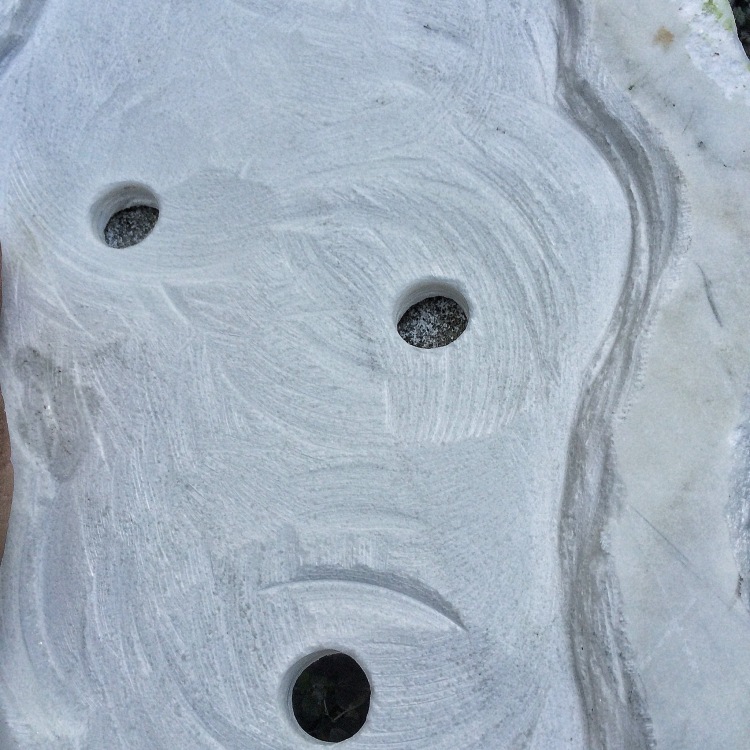 On the bottom I carve some lines.

For tie down wires and the wires that hold the drainage screens in.

Finito!
I’m not really sure what I’ll do with it yet or what I’ll put in it, maybe a banyan style tree or a forest or clump, but I like it.
Maybe I’m just losing my marbles but it’ll work with something or another. 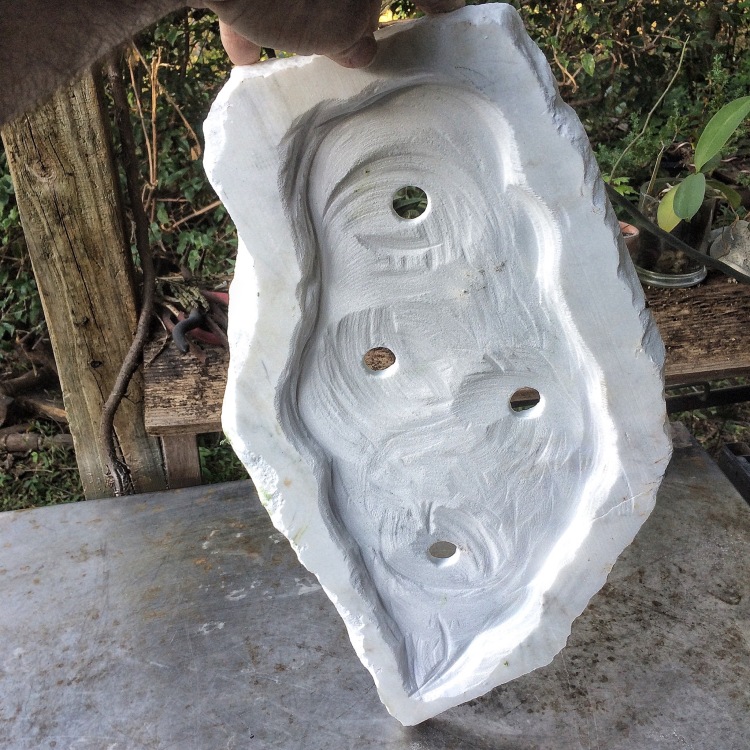