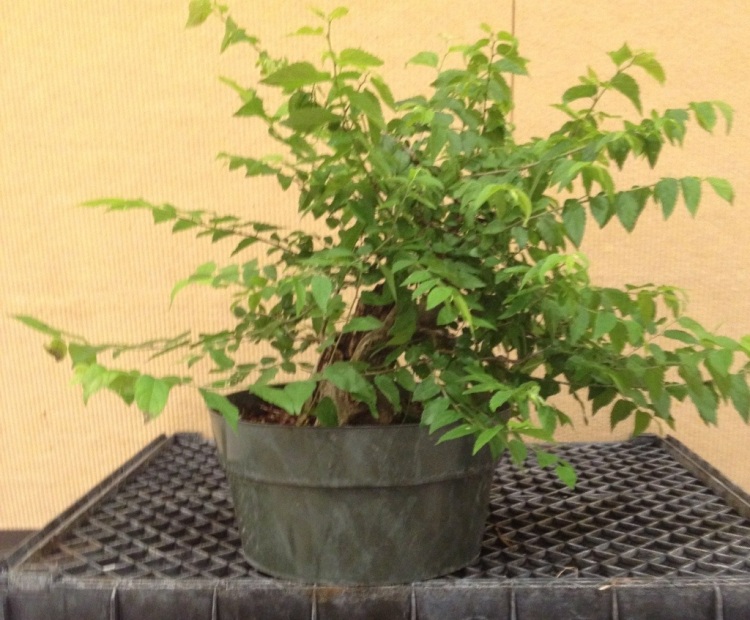 A wee bit shaggy, no?
How about this peek?

The story began here.
And was continued here.
After the first styling it looked like this

Wait ’til you see the development. I’m so excited. Hee hee!
First, I remove the wire.

Take note. If the wire is not digging in a little it is not time to remove it.
Yes, I said “digging in”. We could use “cutting in” or “growing over” but if its not doing this, the branch has not grown enough and won’t stay in place. This is true for this kind of tree, ficus, elm, etc. but not for certain maples or smoothed bark trees though.
All the aforementioned trees will heal the scar and it won’t matter in the long run.
The after mentioned trees will not likely heal over the scars.
Two pics of the growth on this hackberry.
One has short internodes 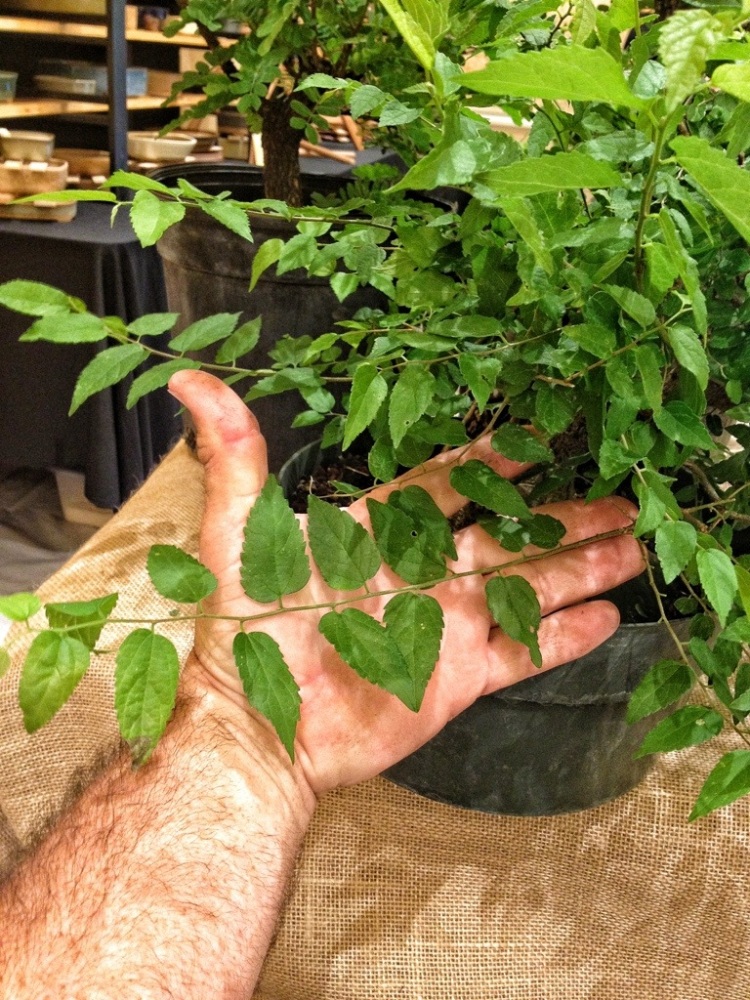 The second one will be cut back 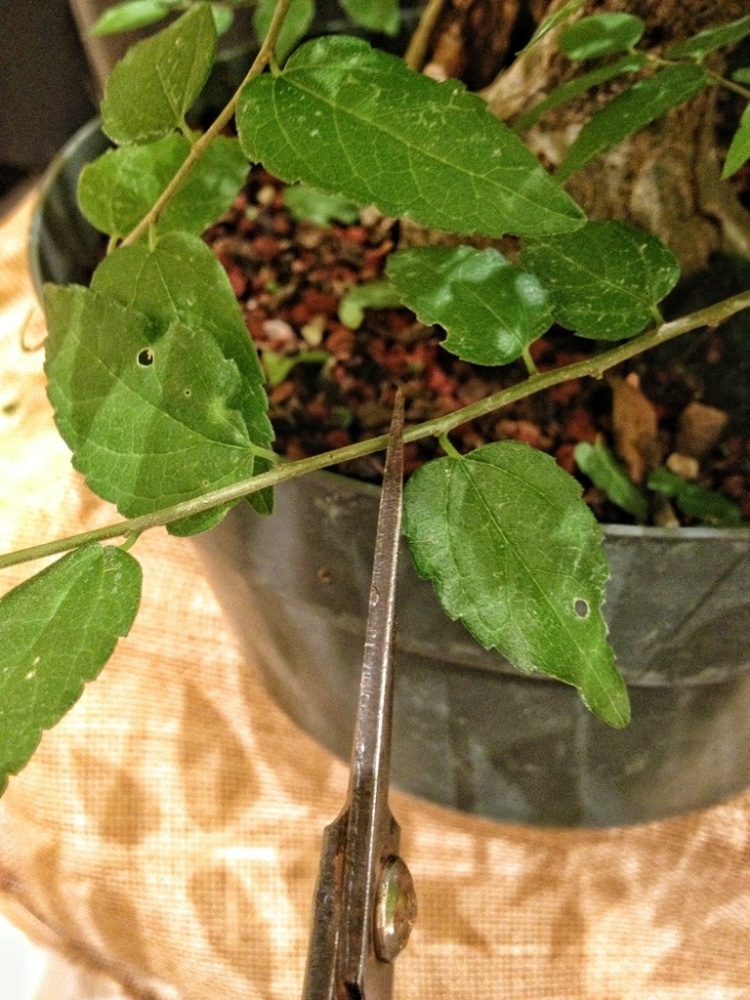 to where the internodes begin to elongate. The first one can be allowed to grow and thicken if that is needed.
Why? The shorter the internodes the better back budding we will have. A node is where the buds emerge from. The internode is usual barren in bud forming cells and will be a place of dieback.
Now, in the trimming process I remove the new branches within the insides of curves, in the crotches of branches, those growing down and up.
But….. the last two, if we can use wire to move them, might stay.
Example:
Here is a branch growing down-

We can twist the branch and it now becomes a side, secondary branch.
Thusly

Lookie there! You can see the trunk now 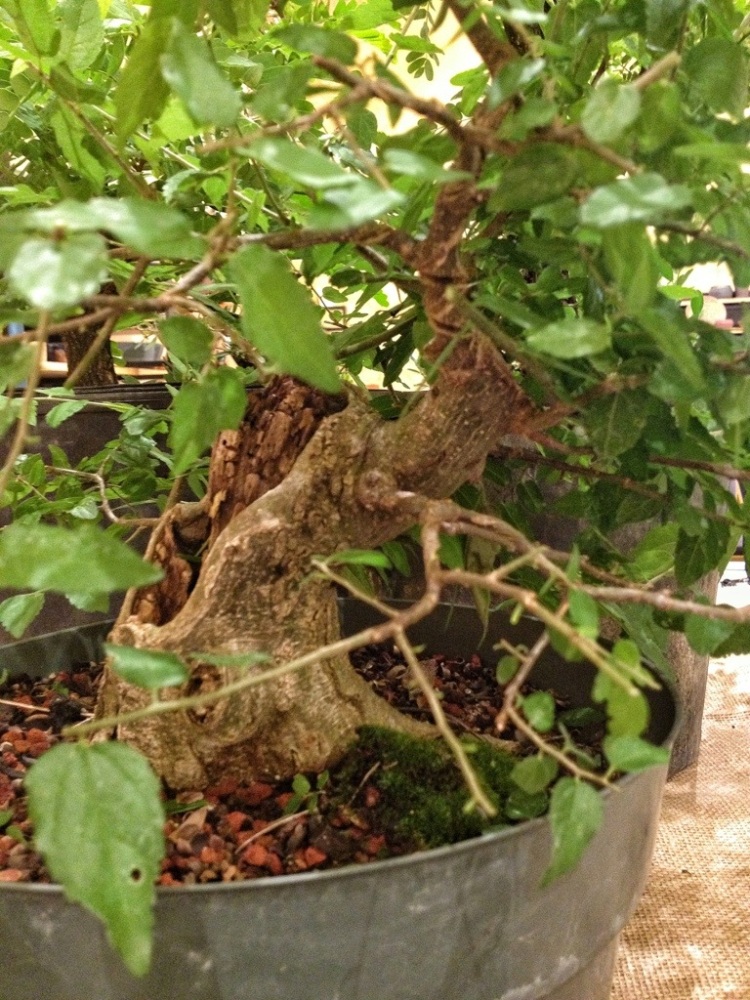 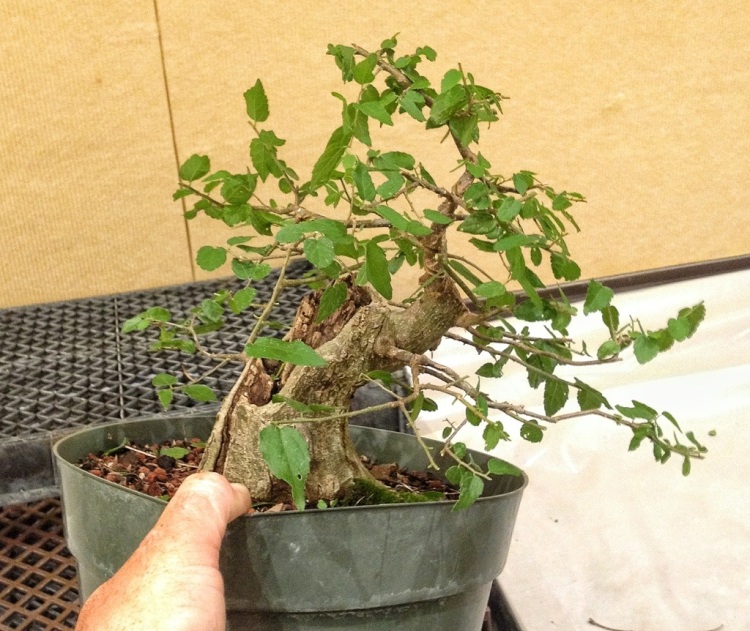 This tree has grown well so far this year. 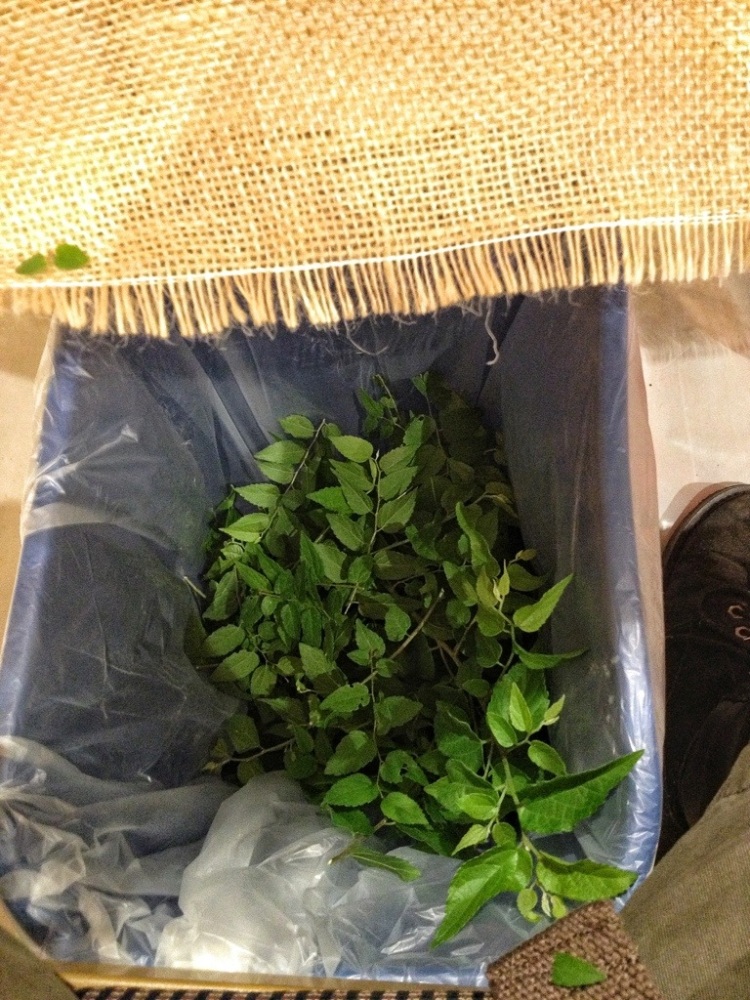 A pretty full trash can I’d say.
About the hackberry, there is a reason that I have heard from several people about the superiority of it for bonsai. I just didn’t know until now how superior.
Guy Guidry told me he wanted all the hackberry I could get for him. He even said he’d pay for them (most of us bonsai growers swap material. Some, surprisingly, don’t, which is rude)
In less then a year I’ve gone from this

To this:
Left side-

There are some ficus that don’t develop that quickly. Seriously dude.
Go out and get yourself a hackberry. Awesome material for the beginner, intermediate and advanced bonsai artists.