If you’re a Facebook friend you’ve been waiting for this post. You see, I’ve been teasing them with pics of a tree I worked on at Dragontree Nursery down in Palm City Florida.
The owner, Robert Pinder, sent me some pics of four different trees I might be interested in working on.
Here they are: 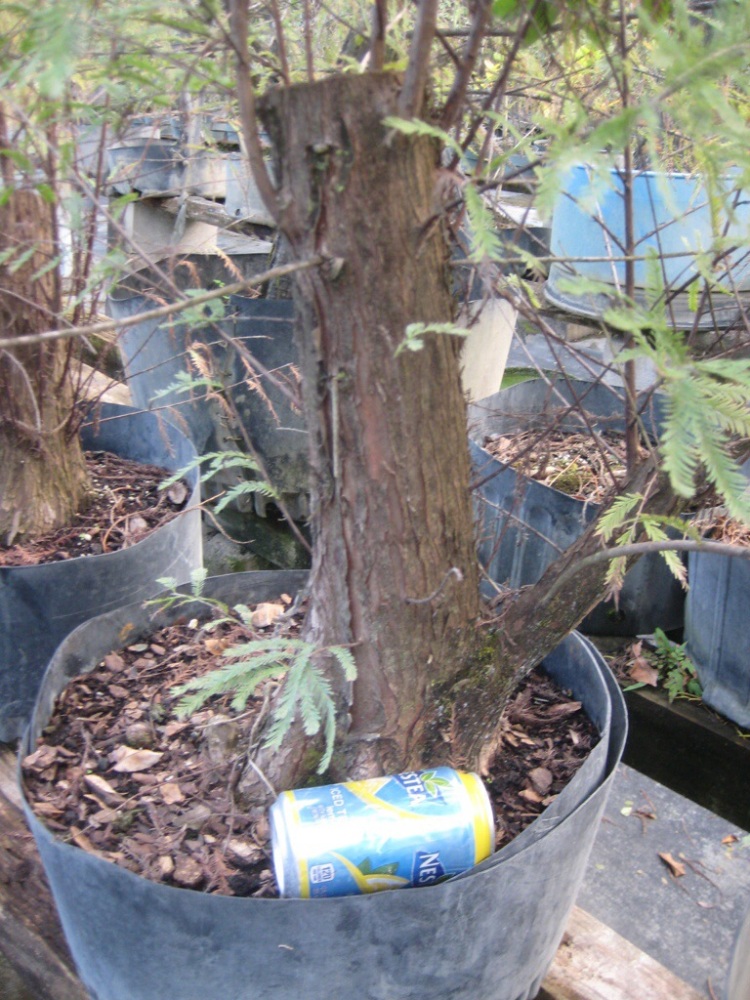 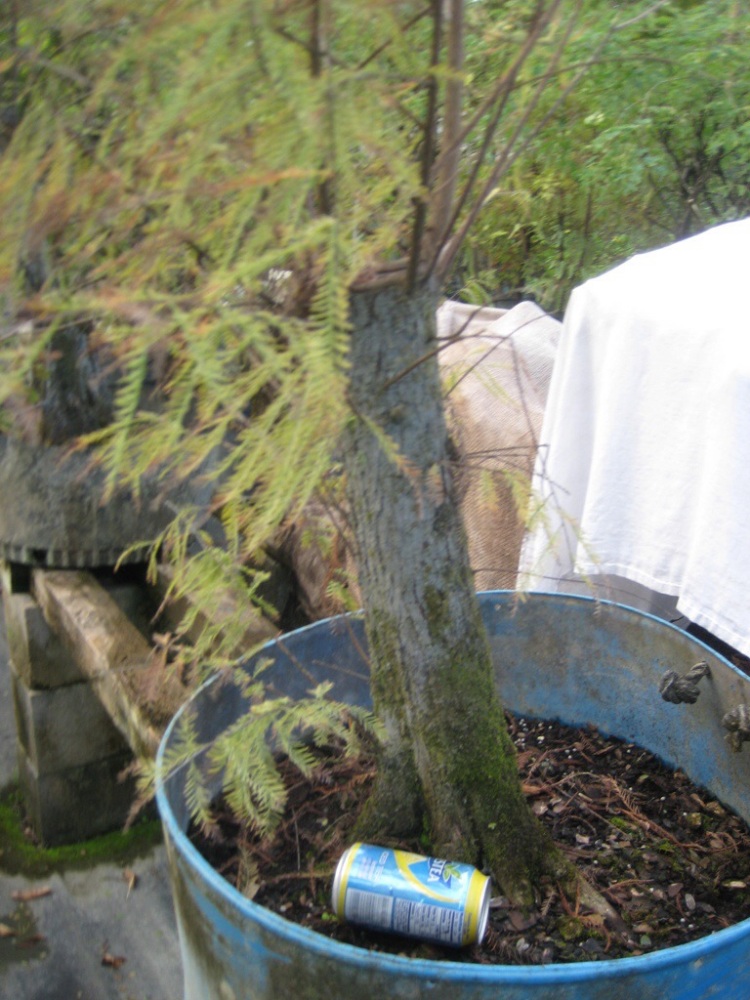 Robert sent two more pics of the last tree; I think he wanted me to work on it: 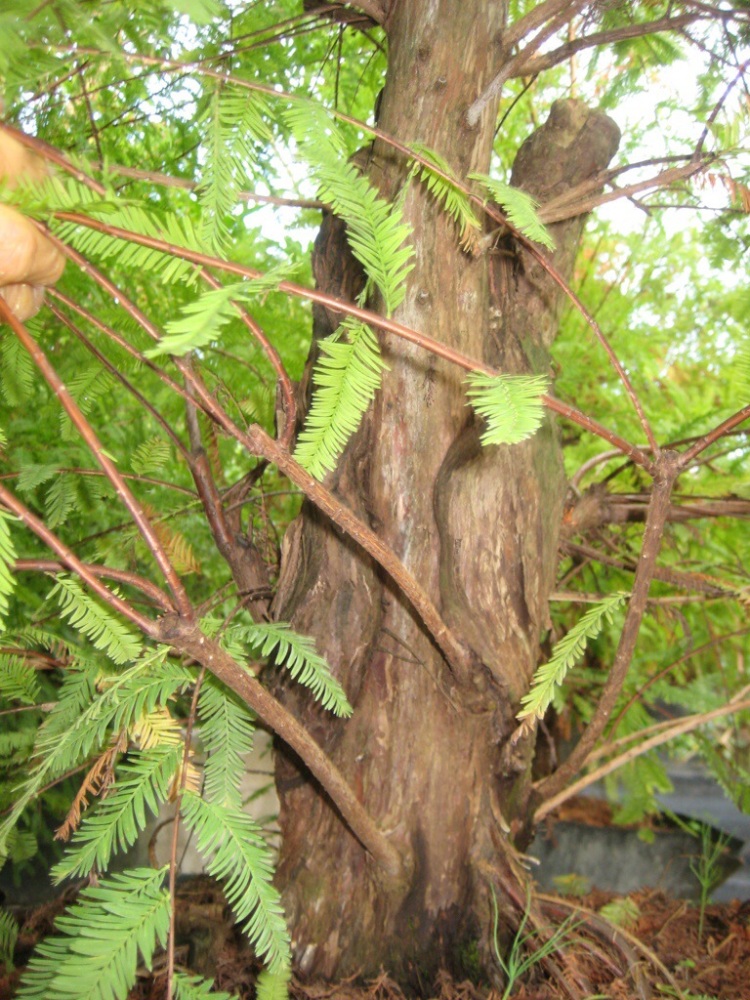 I told him to pick the hardest tree.
I’ll tell you what, he did indeed.
The last tree was definitely the hardest.
Here he is, the sadist himself: 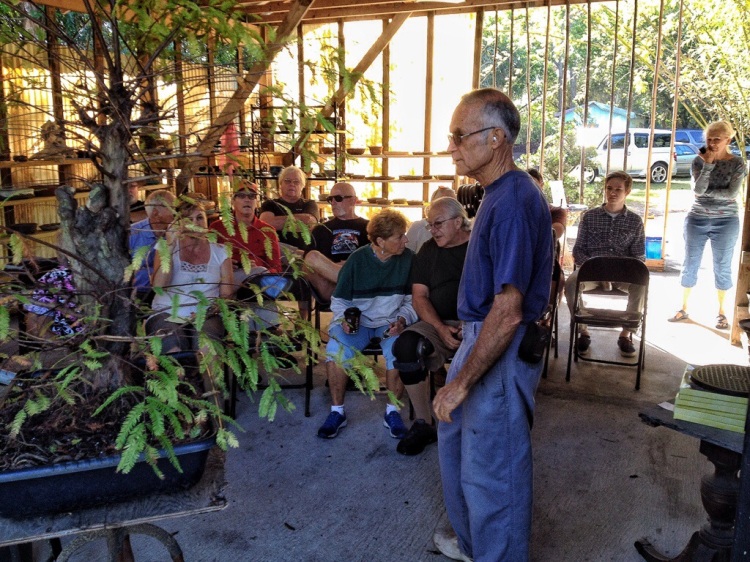 And the crowd, a bunch of voyeurs if there ever was one.

They truly enjoyed my squirming and discomfort.
Actually, Robert is a very nice man with an amazing nursery and the audience was great, considering they stayed after that first bad joke.
You know the one, explaining the difference between Hustler and Playboy and how that difference is applicable to bonsai.
Not one of my best jokes (the best ones get more groans than laughs btw), and it’s becoming a less relevant joke as print publications are disappearing and the “centerfold” picture is just not in today’s modern lexicon of smut purveyors anymore.
Ahhhh….to youth and indiscretions.
At this point Robert was wondering what kind of demo this was actually going to be.
I told him that he should have probably read my blog a little bit more.
Let me show you the tree. 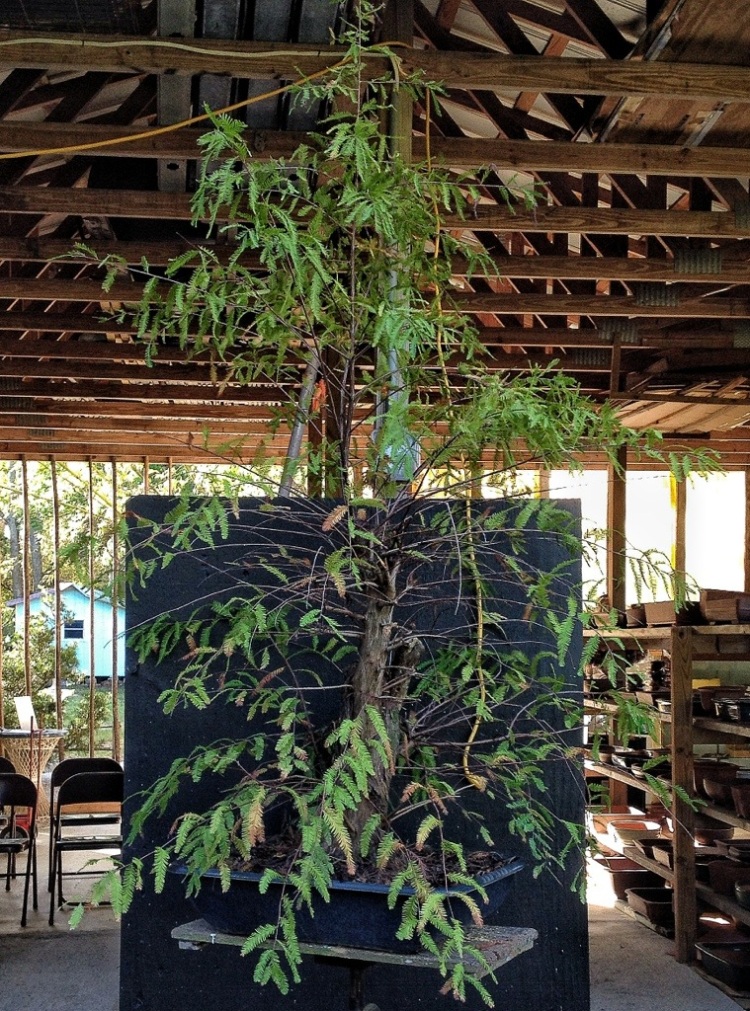 Lots of height to work with.
This is the hard part. 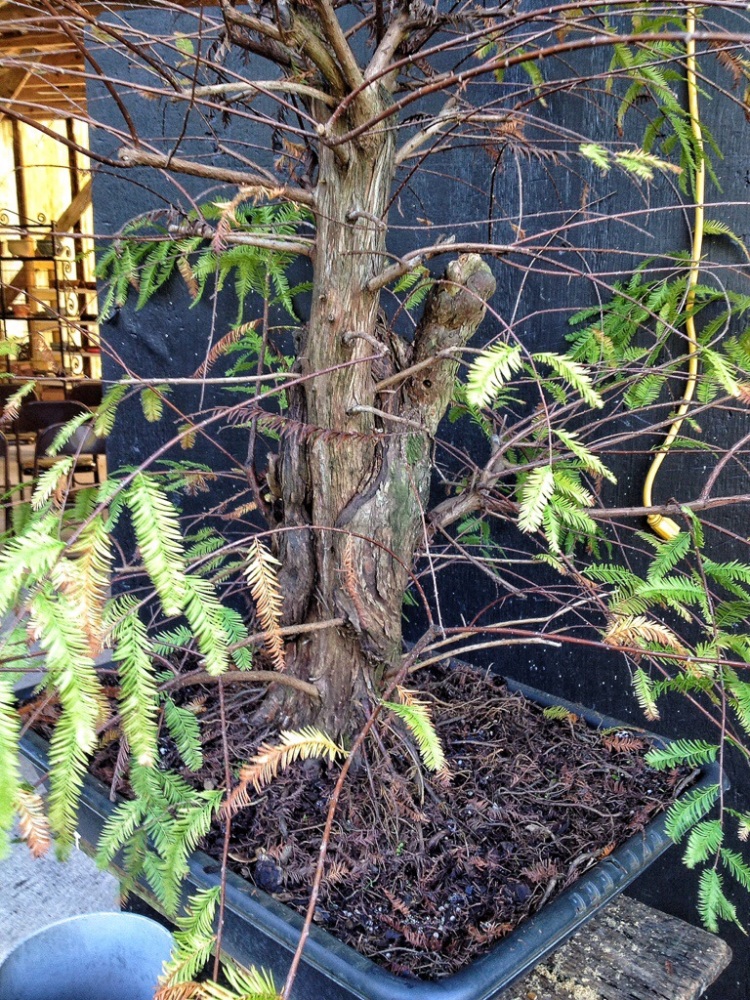 That’s a weird growth, isn’t it? It’s almost like the tree is callousing over itself.
A growth like this is called a burl or a gall. Sometimes they’re caused by bacteria and sometimes by a virus. It won’t hurt the tree unless it occurs at a place that could cause the tree to break or such.
There is a theory out there that cypress knees are actually just root burls and they serve no actual purpose.
There were no knees on my tree.

It has nice roots radiating out from the entire base though. As the tree gets older they will thicken and make a real nice nebari.
The real challenge of the tree is to position that growth so that it is visible (because it’s a feature that makes this tree unique) but not so overpowering that it takes away from the illusion of the tree.
I think I have an idea.

First I should do a little branch selection.

Now, to the real work….the reason I’m here…mayhem (which is actually a legal definition meaning to chop off limbs. And I guess I did that already with my scissors).
Let me introduce you to my leettle friends: 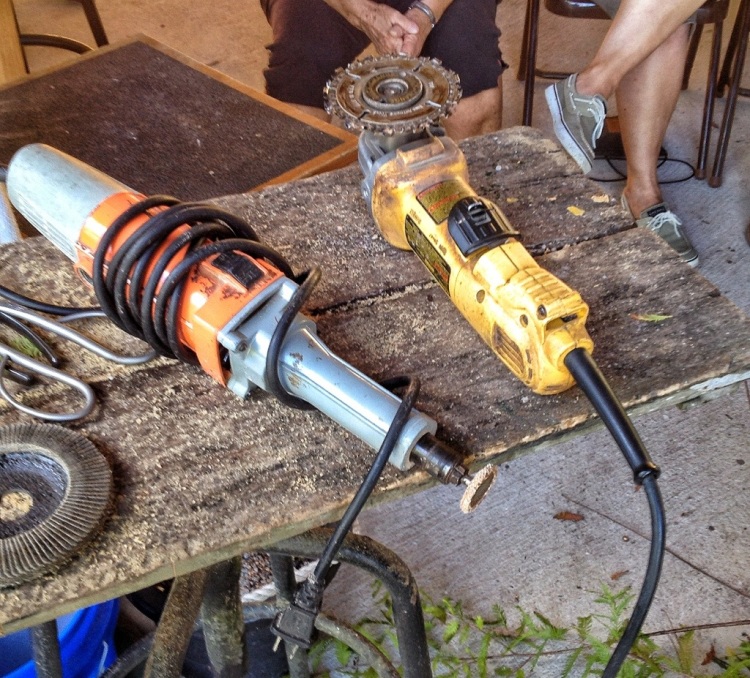 I didn’t get any pics of the carving process because there could have been real mayhem if I tried.
So, sincerely, I apologize for skipping ahead to the torch process (and to the spectators who, as with all risky behaviors such as motorcycle racing and tightrope walking, were looking for some kind of tragedy).
Burn baby burn! 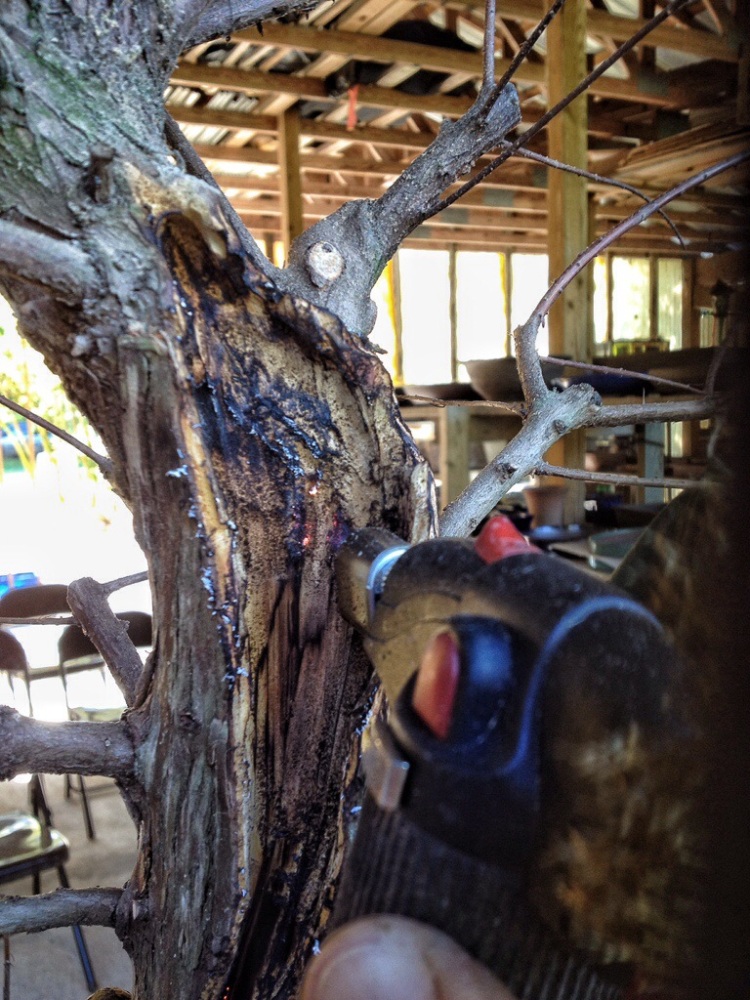 I use the torch to get rid of all the annoying fibers that carving on a bald cypress make.
The wood is very fibrous but not very dense. When carving on fresh wood the moisture content mixed with the fibrous quality make for a carved surface that just will not accept fine detail.
The burning dries out the wood enough so that when I get to the wire brush stage, the grain and fine details show up.
The carving is done.

Now for the wiring.
I had to break out the #6 aluminum for this baby.
Here is the before pic. 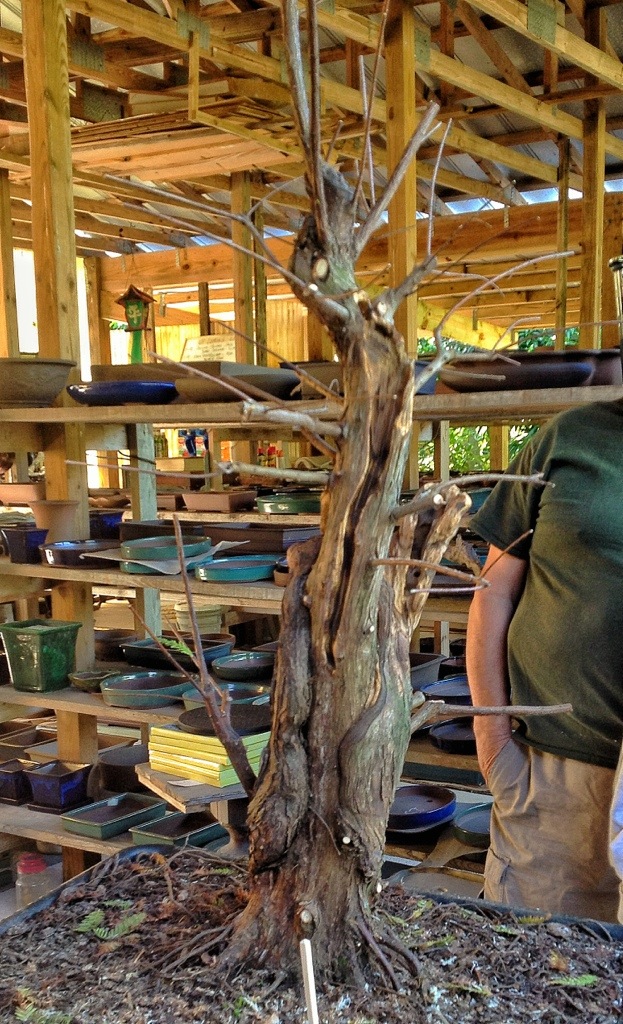 And the finished demo tree-
Side. 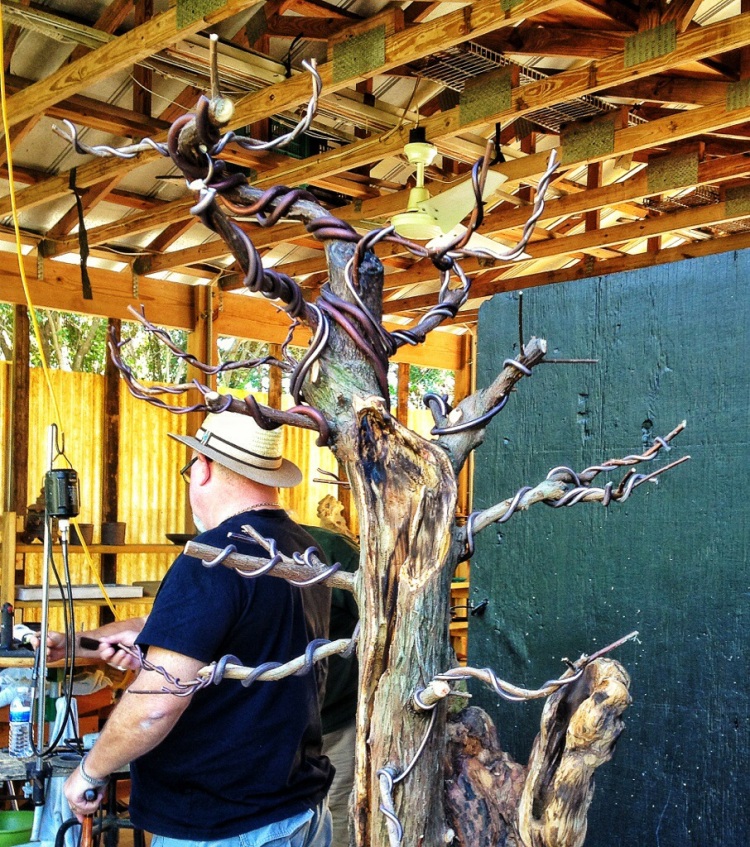 I gave the tree a middle aged cypress look; not quite a flat top yet and not a Christmas tree anymore.

It has both deciduous tree characteristics with a coniferous style and branch dispersal.
The carving-

It certainly is a unique tree and I think it looks pretty cool.

I wish I had won it in the raffle, it would look good in my nursery.
Hopefully I’ll see you soon at a demonstration near you.