Well, if you aren’t following my social media feeds you’re probably wondering where I’ve been. 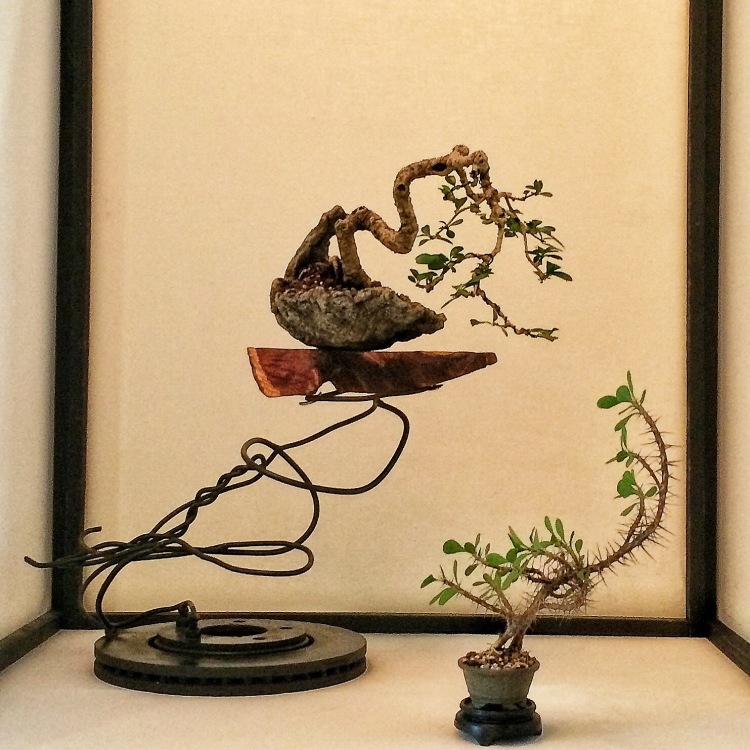 I have been hospitalized since November 29 and I just came home, December 16.
18 days, man, lying on my back. My butt was numb.
Needless to say, I haven’t done much bonsai in those days.
I’ll sprinkle some glamour shots for your entertainment purposes to make the post pretty in places. Like this: 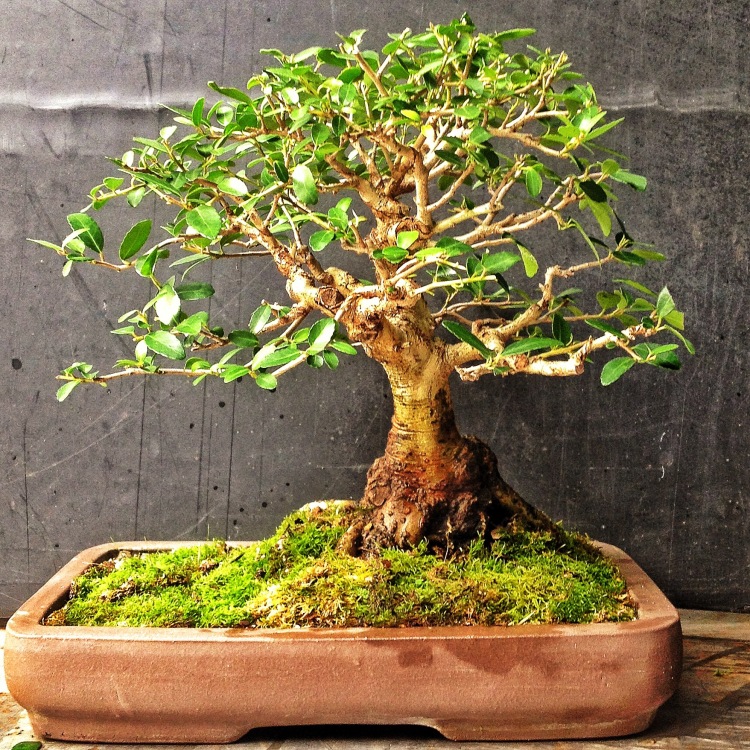 That’s an ilex vomitoria schillings above.
Makes you want to crawl up underneath in the shade and take a cool nap.
I also have one tip I can pass on. I’ve been saving it.
My ordeal began with a pain in my belly. We were going through the gate to Disney’s Hollywood Studios and a sharp pain shot through me. I do have an illness but it’s not supposed to cause what happened here and the prior two times I’ve had flare ups.
Basically, what happened to me is a severe blockage in my lower intestine. I still have it (probably) but I’ll get to that later.
My illness is called mastocytic enterocolitis. I’ll let you look it up. I’m a rare disease.
I’m not going to show any gross pictures (except some selfies…nobody wants to see me) and I’ll be very brief as to what they did to me and what’s to come.
Basically, I had a severe swelling in my lower colon and caused me to be full of shit and hot air (about usual I guess, if you’ve read the blog before.)
They bypassed that swollen part at the end of the small intestines and created a stoma, basically a hole in which I now attach an ostomy device to catch my waste. I know, ewwwwww.
My large intestine needs to rest and heal for a few months and this is how they do it. In my case it’s called an ileostomy. If it’s on the colon it’s called a colostomy, which you’ve heard of probably.
How about a tree? 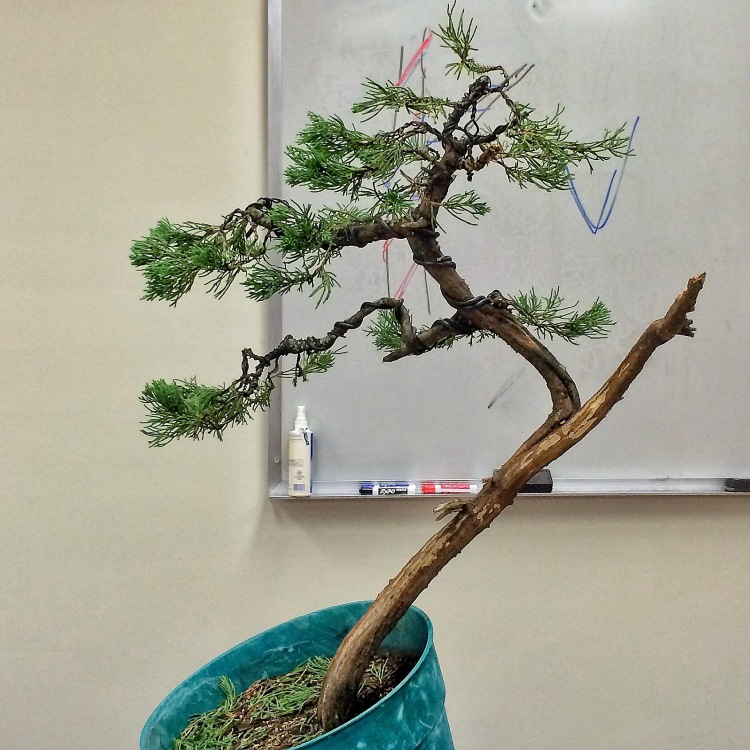 This was a demo tree I did for the Treasure Coast Bonsai club. It’s a hollywood juniper.
The last I’ll say on my ordeal is that I was insane, hopeless, I was ready to end. My family, the nurses and staff, the doctors. They all helped me through. I cannot thank everyone who helped me, there is no way.
I’ve had an outpouring of support from the bonsai community as well. If you look through the social media feeds you’ll understand.
There is a Crowdrise fundraiser set up to help here. I’m not begging for myself but for my four kids.
Here’s that tip I promised you.
I blew out the bottom of this pot.

It’s not a hundred dollar pot but it’s useful.
I have an aluminum mesh from americanbonsai.com

I trimmed it to a circle. 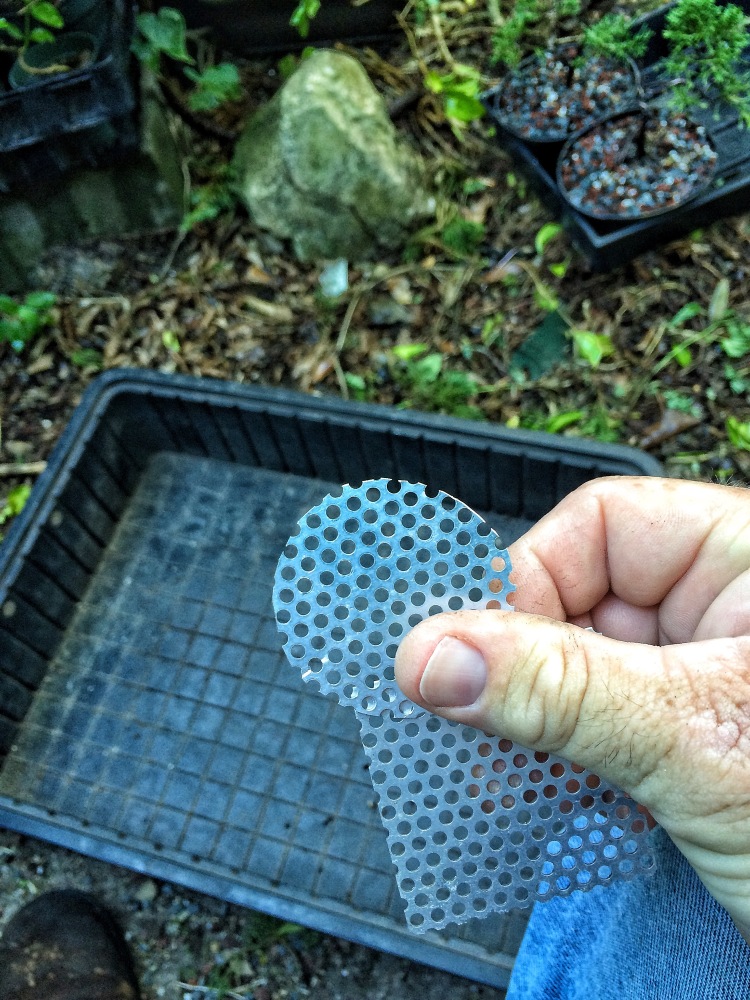 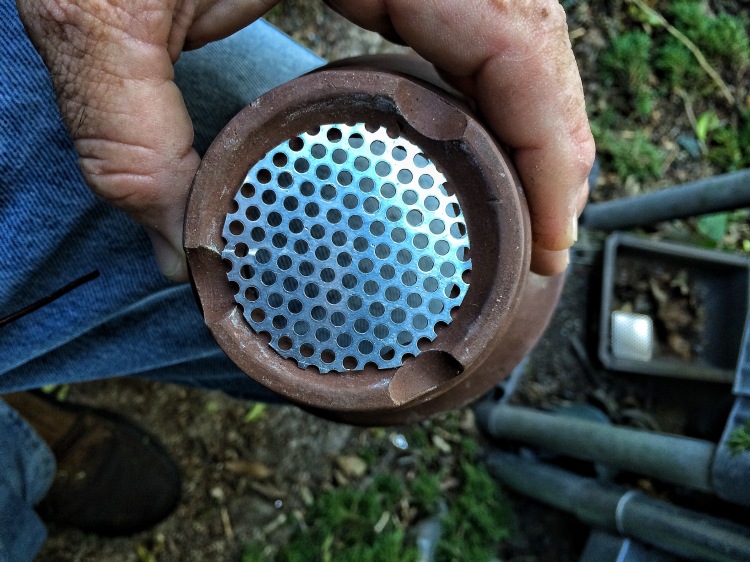 I’m ready for bonsai.
I would like to thank my family for putting up with me, especially my sister Robin, who’s also an RN.
I love my wife Rebecca. I could not have done any of this without her. Thank you.
Hopefully for my readers, I’ll be able to bring some bonsai to you soon. As a final shot, here’s a bald cypress I’ve been working on. Enjoy! 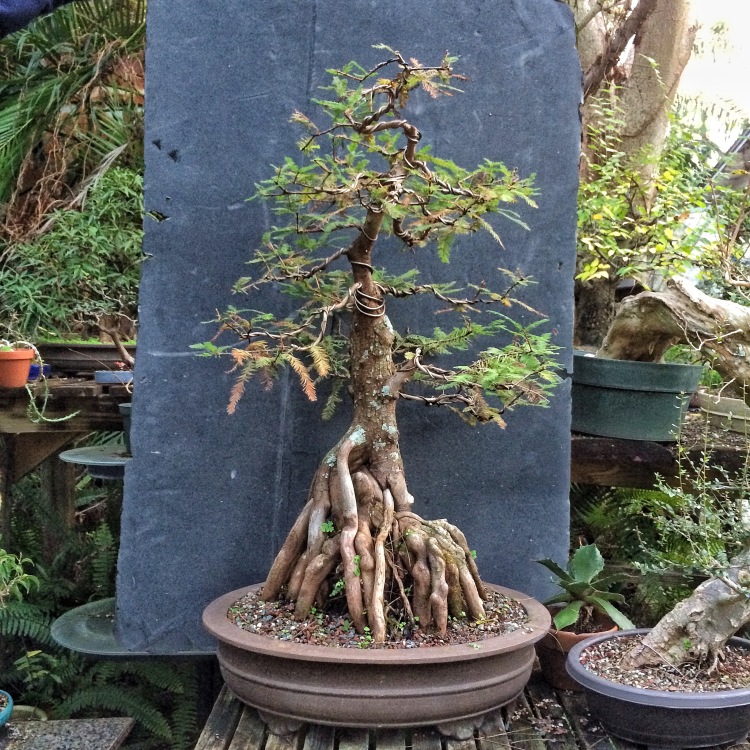