Last year, about this time I guess, I chronicled a nebari improvement technique that my friend, Ed, was trying with some trident maples.

It involved taking seedlings and passing them through a CD and allowing them to grow. The full technique is explained in this post if you’re really interested. Here’s the tree from that post as we left it. 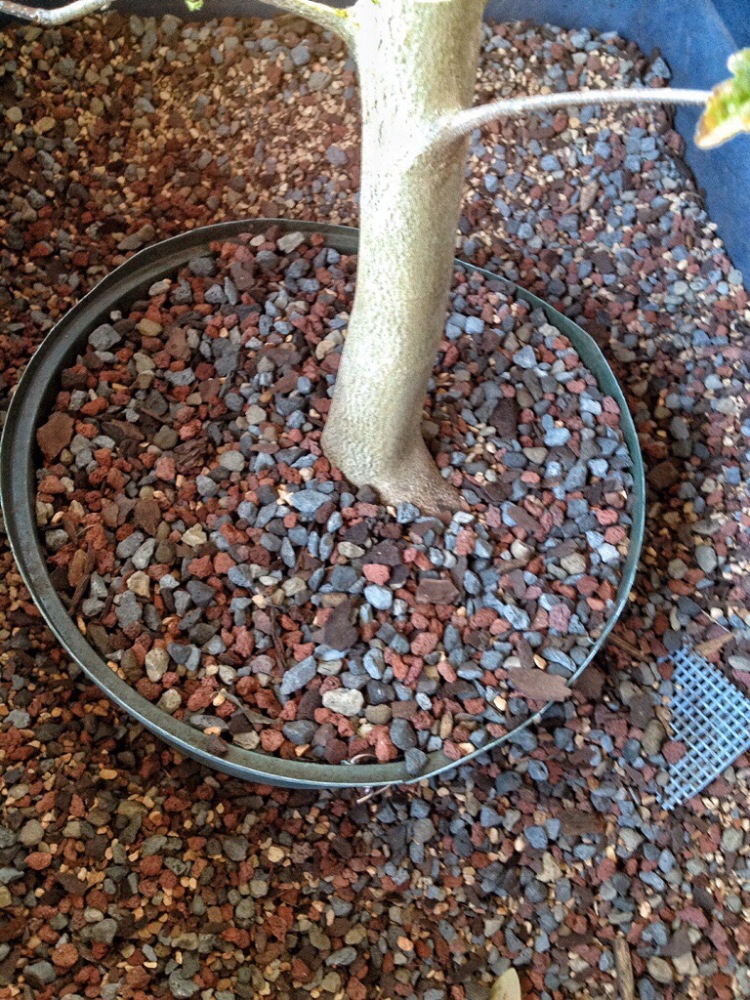 As it is now

I think I’m going to chop it here eventually. 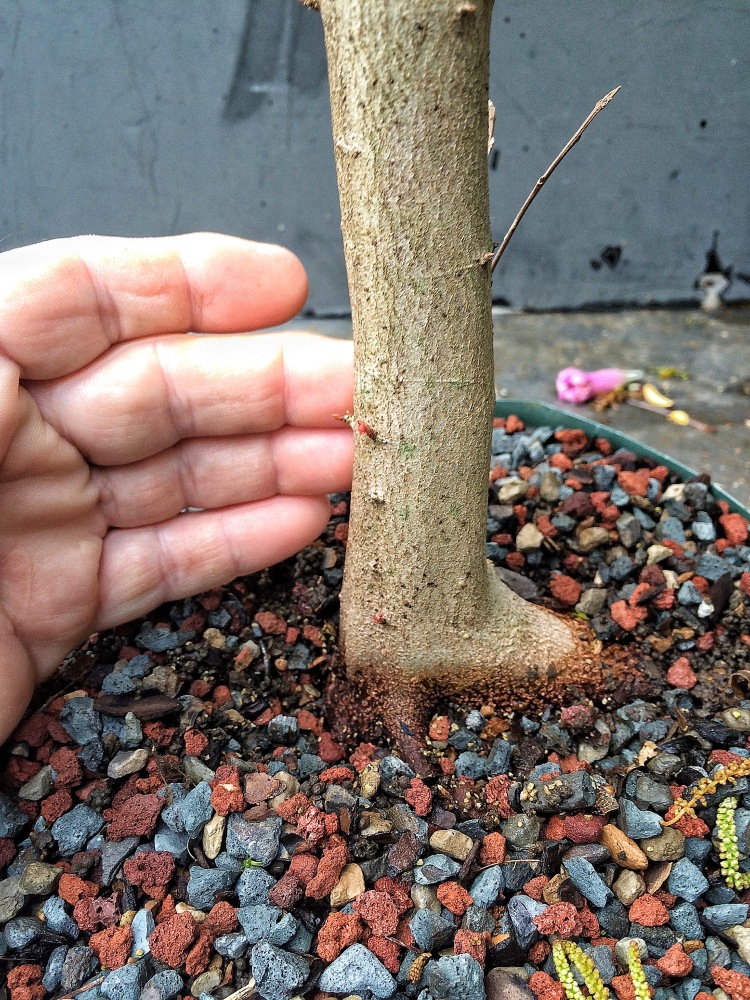 But today, in this lightening quick post, I wanted to show you this other tree from the same batch.

Isn’t that a cool wound on the trunk?

And the roots are wonderfully radial. 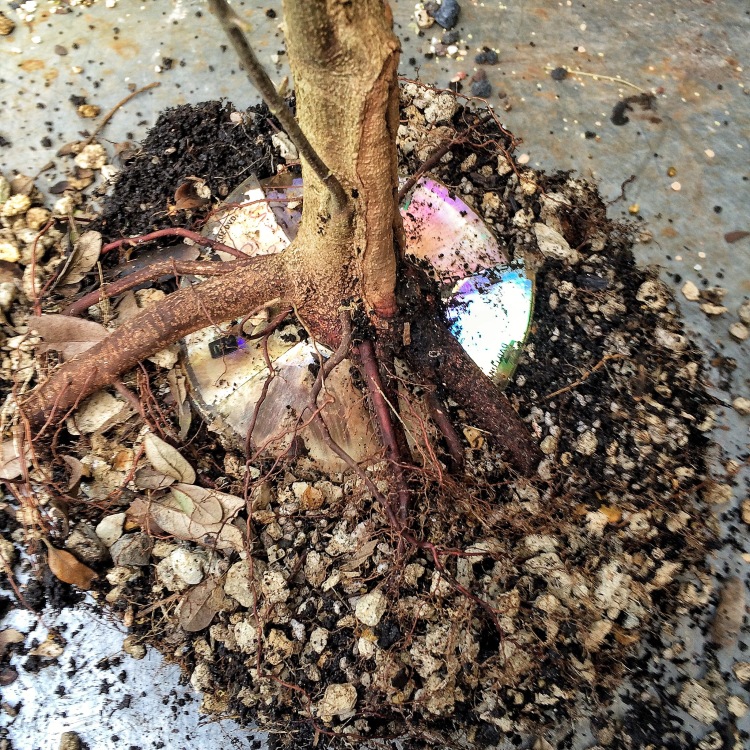 It’s pretty much destroyed the disc.

Like a hand clutching and crushing it in disgust. I wonder what’s on the disc…. 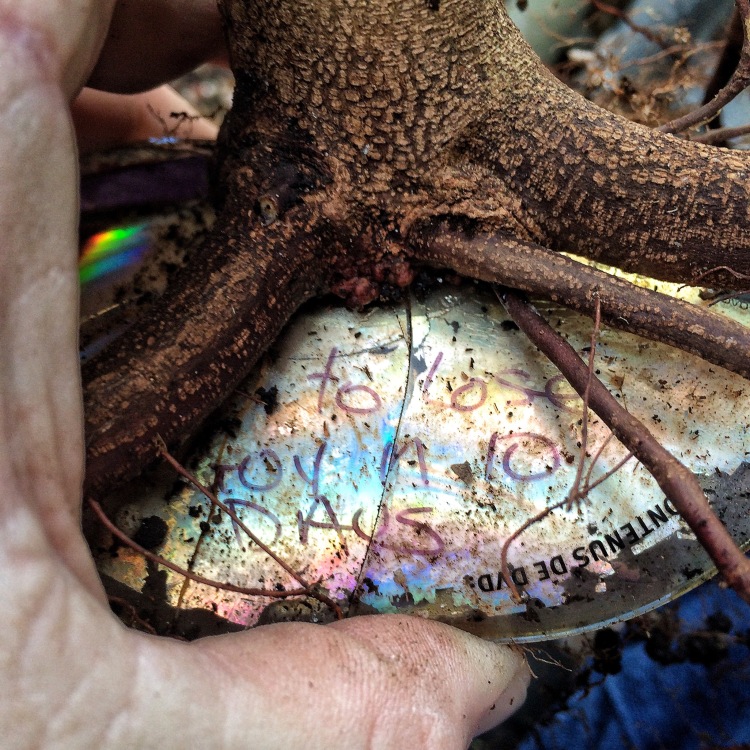 No wonder, I’d be crushing it myself if the tree wasn’t already doing it. We need to extricate the disc before the tree begins to speak in a lazy southern accent and tries to sell me a Lincoln, not because it’s being paid to do it but because they’re just cool. 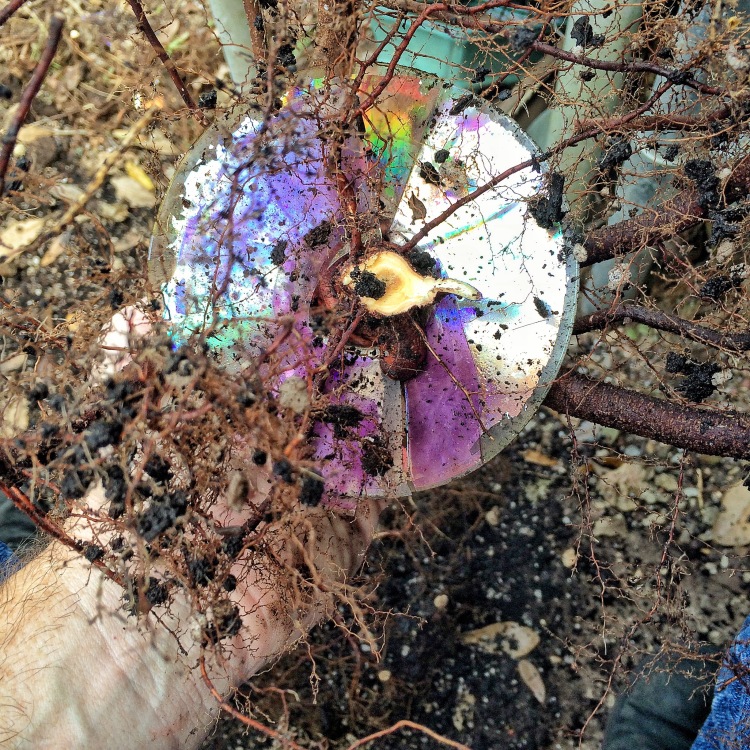 ﻿I swear the roots on a trident are like iron. And with the disc removed, look at how cool and smooth the underside  is. 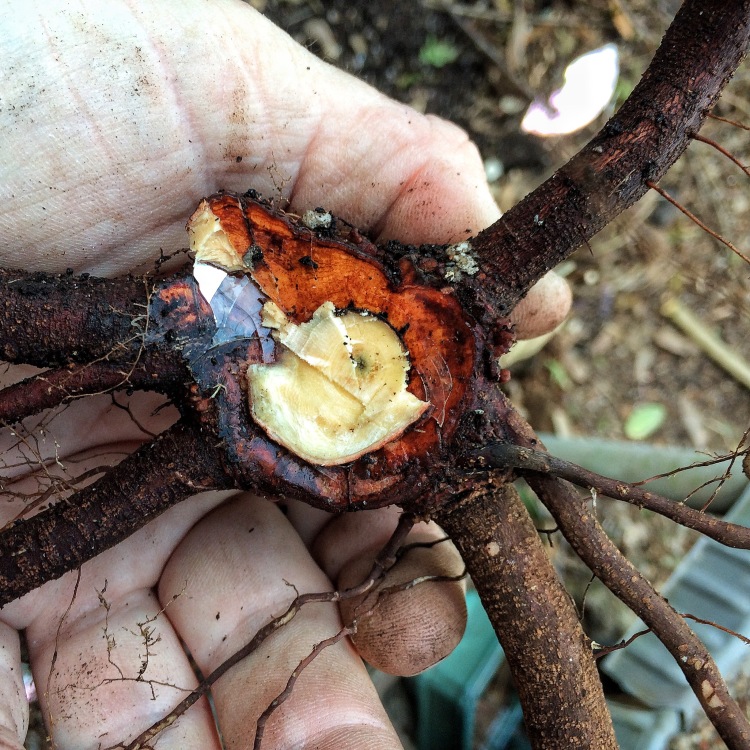 ﻿That last bit of plastic ain’t coming out; hopefully it’s not the scene where they’re playing that ridiculous “Bullshit” card game. It could have been such a better scene but it turned into a cliché, much like many of Hollywoods efforts these days.

You may notice that there aren’t many fine roots, just a couple coming off of each big root. As long as you have a few left, that root won’t die. A trident is pretty tough that way. Those big roots with very few fine hair roots is the result of how coarse the soil it was growing in. I’m putting it into some regular bonsai mix, it’ll promote finer growth, both on top and on bottom.

﻿Just kidding. That’s a big trident I got at a nursery that was going out of business after the death of its owner. It should be a good tree in time.

Here’s our tree, recently emancipated from its chick flick bondage. 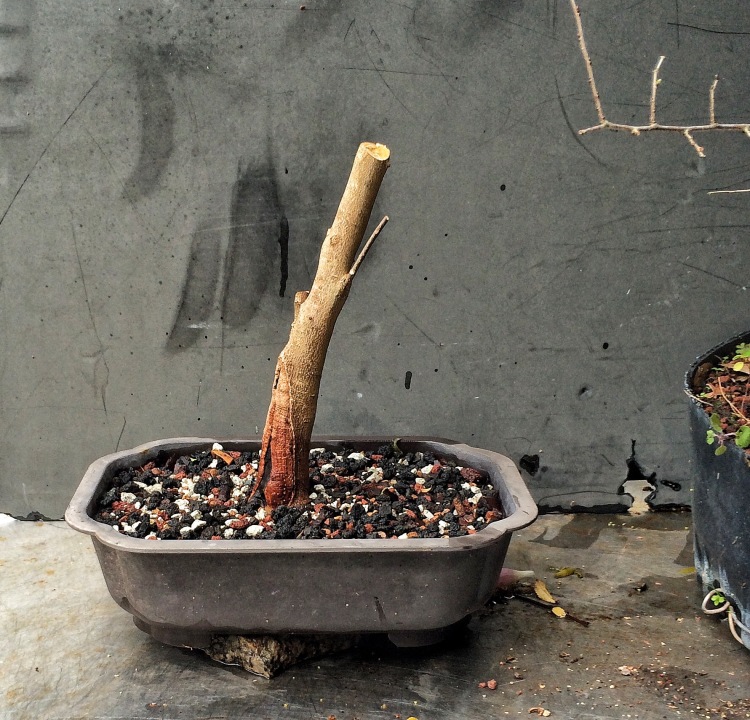 I buried it deep to keep the roots from drying out in the unforgiving Florida sun.

The next technique I’m going to try with my endless supply of little tridents is trunk fusing. 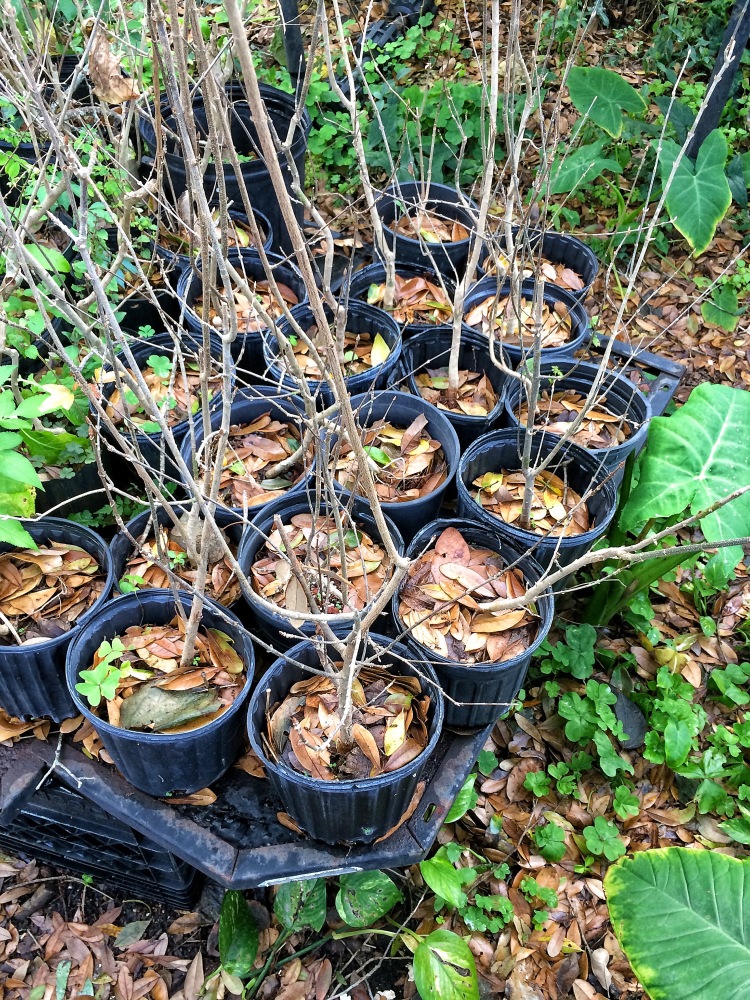 ﻿There’s a technique I’ll be stealing from Suthin where you take two or three littler trees and tape them together to make one fat tree. Stay tuned for that. I’m so excited.

The next post though (and I’m about to go outside to do the work) is a radical redesign on this elm.

﻿Time to get my hands dirty. Tee hee!