I’m on vacation down in Naples Florida. About three hours or so south and west of my home, Orlando. It’s a whole different type of climate, very much more tropical than Orlando. 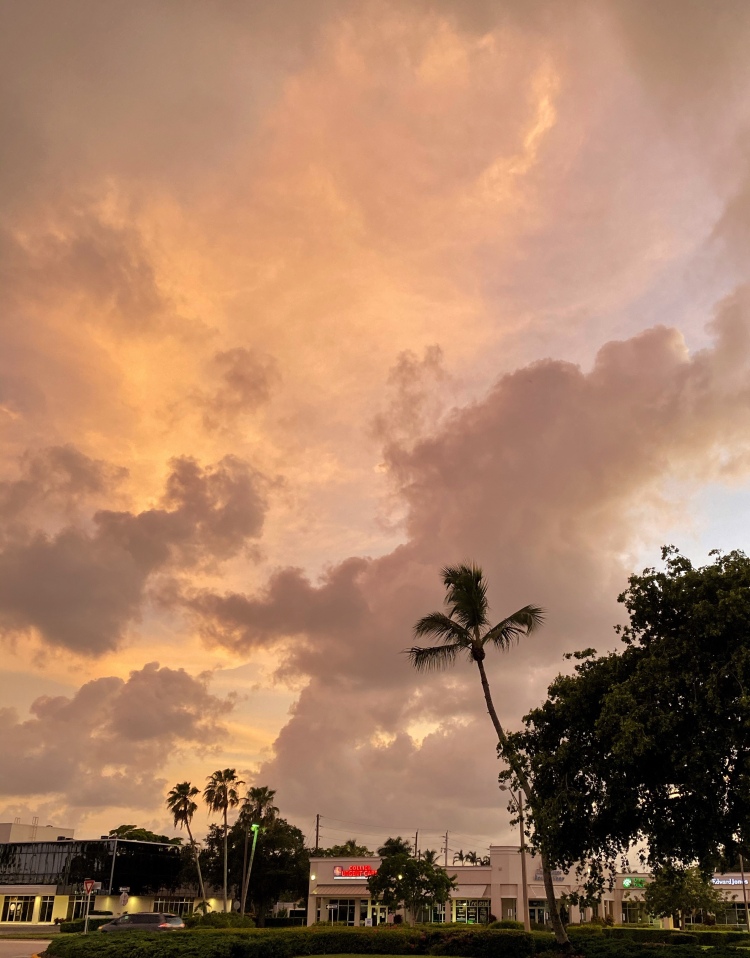 I haven’t seen much since I’ve been here though, I’m still on the tail end of a recovery from some illnesses. 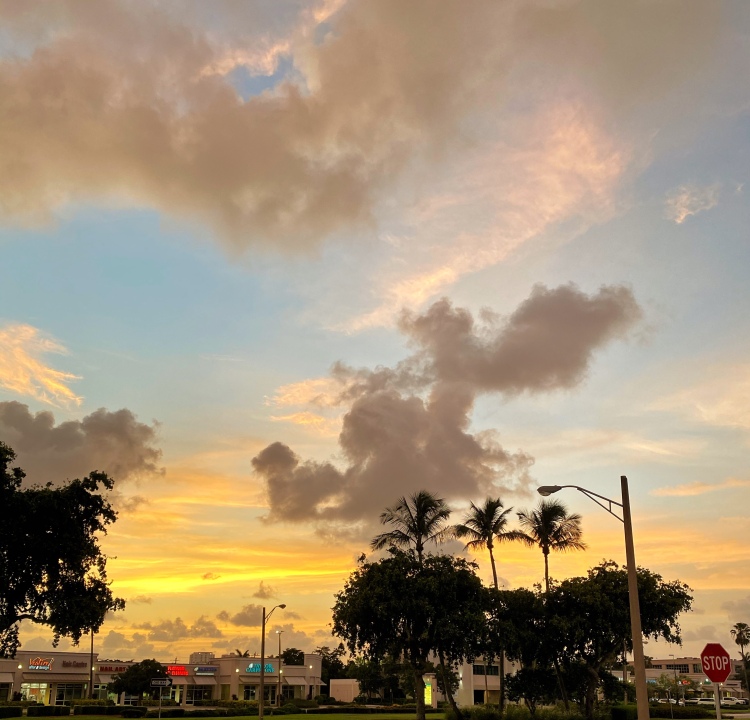 First, on May 29, I had a colonoscopy to look into the state of my intestines and what would be needed to finally reverse my ileostomy. Unfortunately, my large intestines are, pardon the pun, crap, and the procedure perforated them, filling my abdominal cavity with the medical gasses they use in the procedure, and I was in the hospital for a week or so.

Then I got to go home, to my big comfy couch and, through copious medications, the pain slowly went away.

Aha! But then came the pneumonia. That’s been another few weeks added to my couch jockeying.

I think the pneumonia was from the hospital, exacerbated by that bastard of an air bubble; the lung affected was the one the bubble was pushing up against, causing all the pain.

I’ve lost thirty pounds. Not in a good way. Muscle atrophy is a real thing. I’m weak, still have abdominal pain, from the coughing and dry heaves, and my insides feel loose, like after my first surgery.

I’ve been on ibuprofen and acetaminophen for a month and a half, so when I let the pills run out, I get all of the aches and pains a 40-something-year-old, who’s abused his body viciously, deserves. Not to mention I think I’m having a gout flare in my knee.

Wah wah me, feel sorry for the old cuss.

There are others who are far worse than I.

But bear with me, I’m just setting the scene.

While I’ve been here, with the family going to the beach and what not, I’ve stayed inside and worked a few trees I brought along. That’s me. 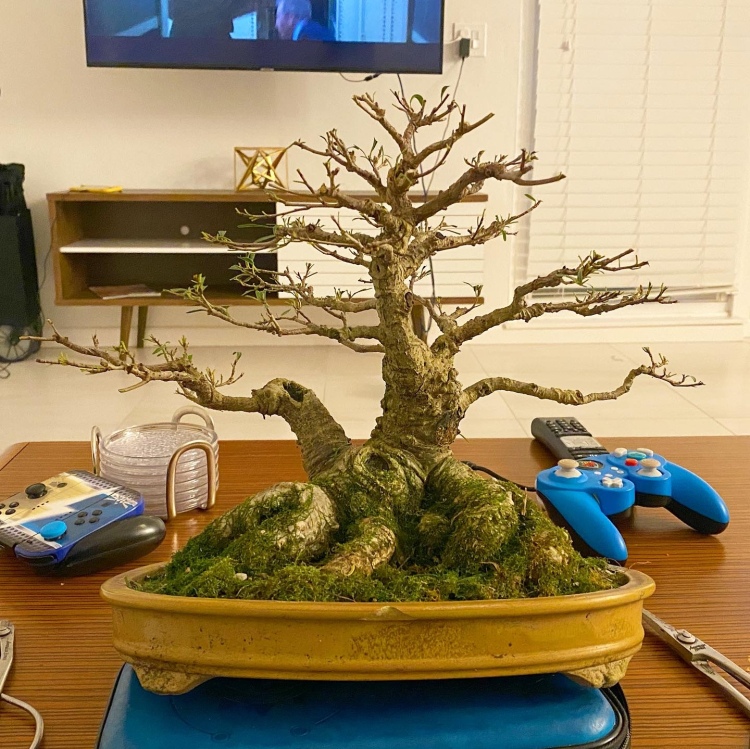 Whenever I can, I try to practice my Art. It’s been tough. I haven’t been out in my nursery more than a handful of times in the last month and a half.

First, I’m weak. My lung capacity is greatly diminished. And the albuterol treatments are not fun. Jittery, nervous, short tempered.

I yelled at the microwave today.  

So here I am, watching Disney+ in the Airbnb, trying to stay hydrated and counting the hours from when I last took that last 800mg of ibuprofen and trying not to cough. Then I got a message from a FB friend, Buzz. He asked if I could come by and take a look at his collection and work on some trees.

It took some serious thought to say yes.

There’s being unwell, then there’s the inertia of sitting on the couch. Could I motivate myself to work? Could I handle a few hours wiring and pruning? Would I start to cough and then vomit?

Well, there I am.

I made it off the couch. 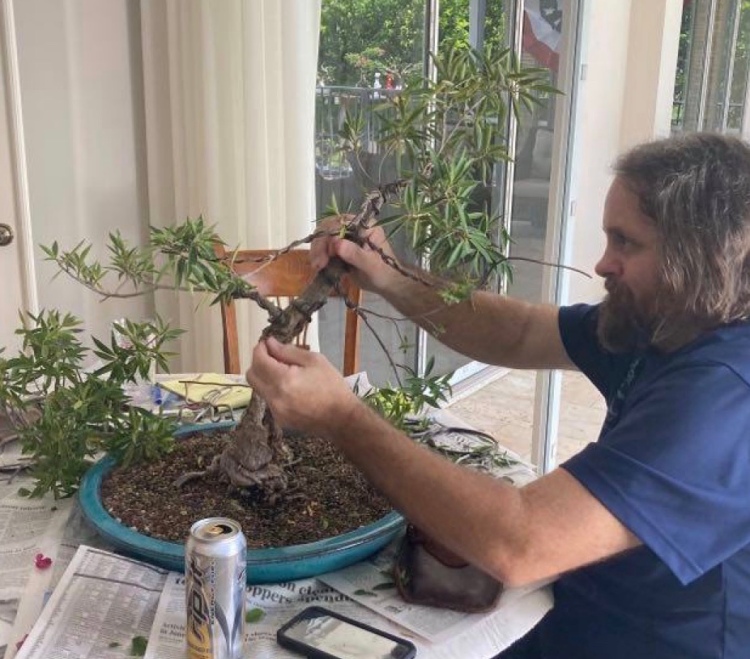 I guess this wouldn’t be a blog post if I hadn’t.

I didn’t take many pics… 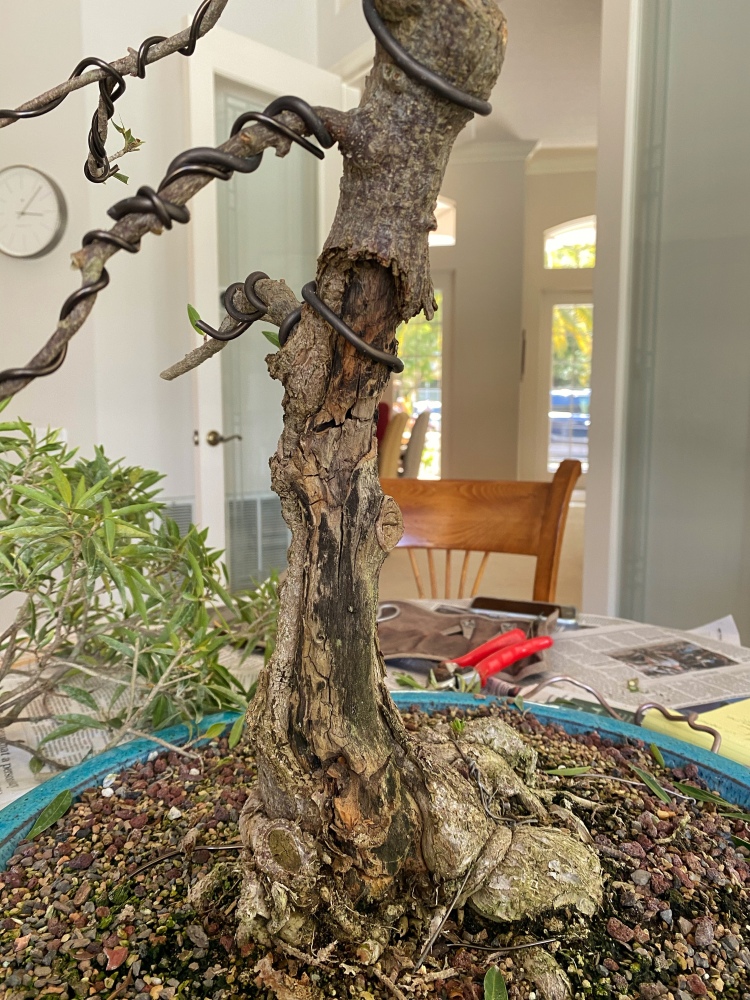 Only three bad pics, and no before pic. And the one with me in it is from Buzz.

Look at that base! (In botany they call it the buttress. In bonsai, the Japanese term is nebari)

The tree is a willow leaf ficus. I was excited seeing it. It looked cool with the dead area on the trunk (what’s usually called a shari in most bonsai circles). 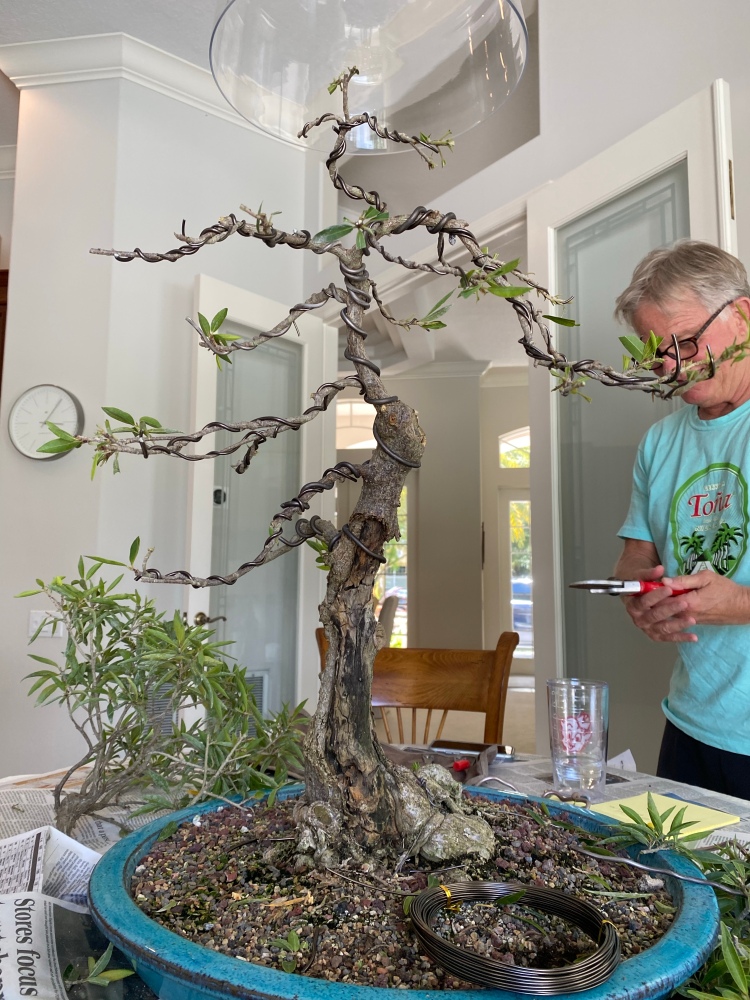 Thank you Buzz, my friend. It was a treat, and an honor to look at your collection and for you to let me work on this tree.

He tried to say I transformed it in an amazing way. I told him that he grew the tree, took care of it, grew the branches and the rest, and all I did was take a few pieces away.

That’s not me being modest. It’s more difficult to keep a tree alive than for me to come in and do some pruning and wrap some wire around the branches.

So again, I thank you, sir, for the opportunity to work on your tree.