How many of my readers out there take the time, when going to a box store like Lowes or The Home Depot, to glance at the landscaping material in hopes of finding a bonsai diamond in the rough?
I do it every time myself.
The tree today I think came from Walmart.

It was in 3 gallon nursery container and I think I put it into this training pot last year. 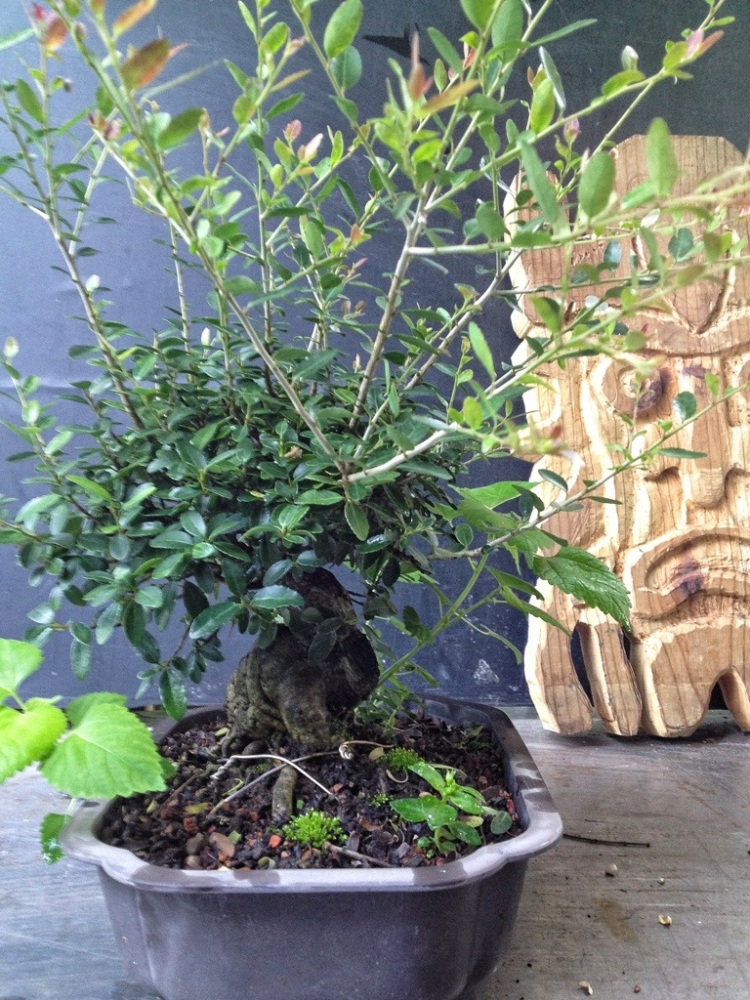 I pruned it hard then, to the trunk line, and let it grow. 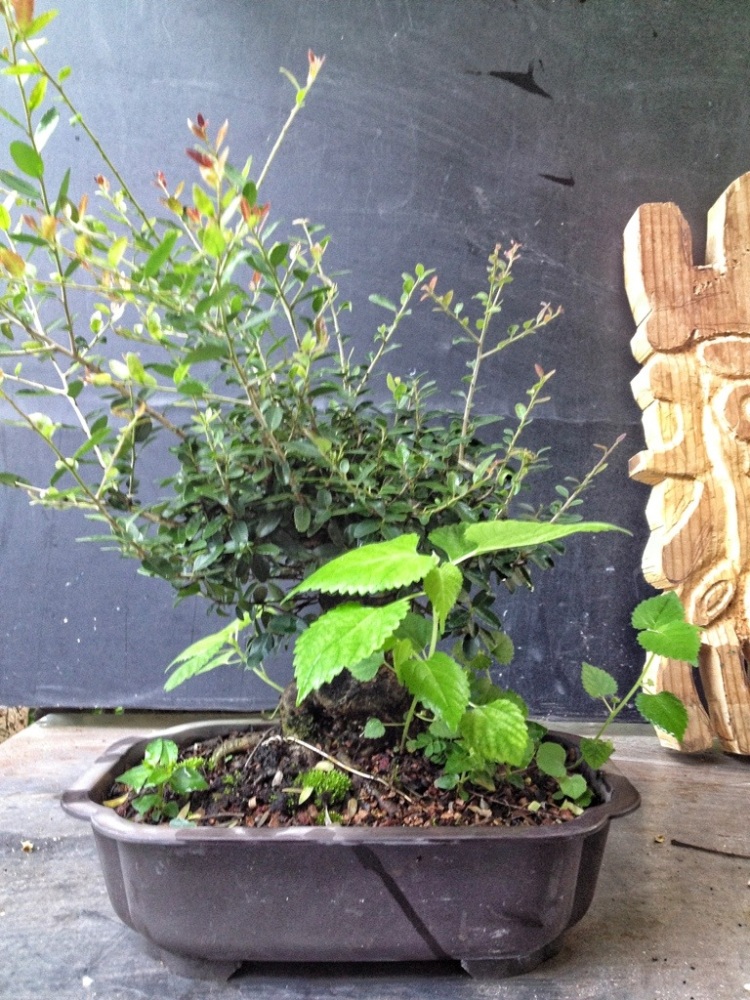 I didn’t put too much thought into the planting position. Either that or I was deranged at the time. 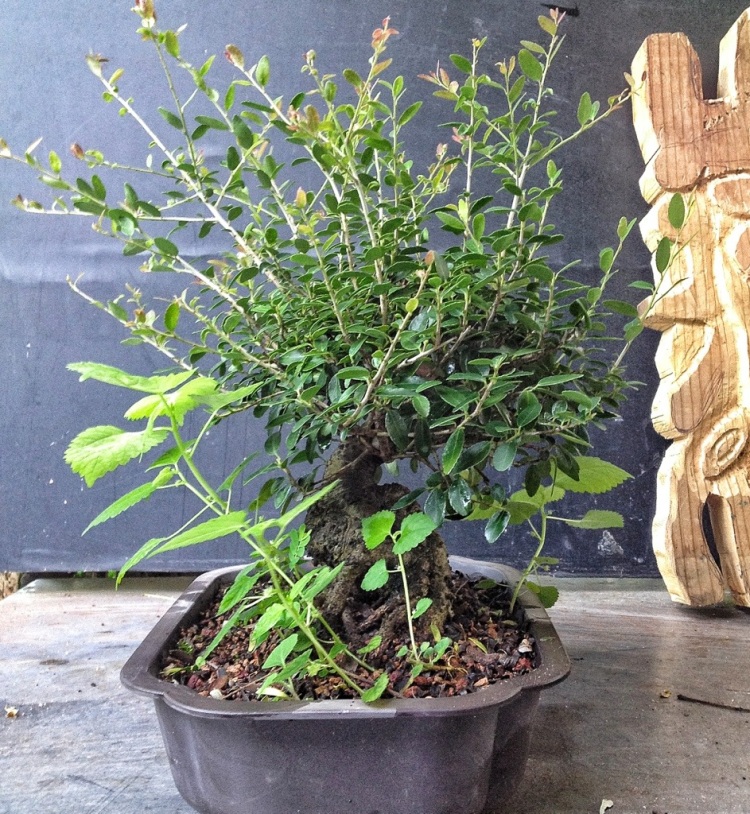 Which seems to be a theme here recently. Too many Stephen King books.
I had put this tree up for sale at Kawa Bonsai Societies Joy of Bonsai show in January 2013 and I was surprised that no one bought it. I think I only had $50 on it at the time.
Needless to say, it’s not for sale now. 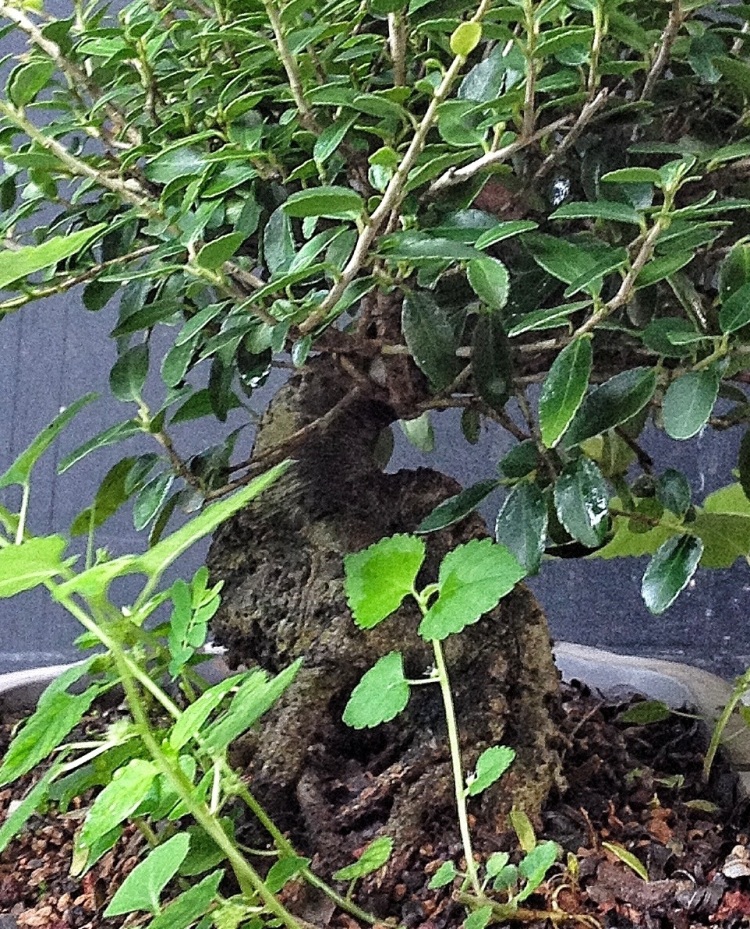 Can you see the trunk? 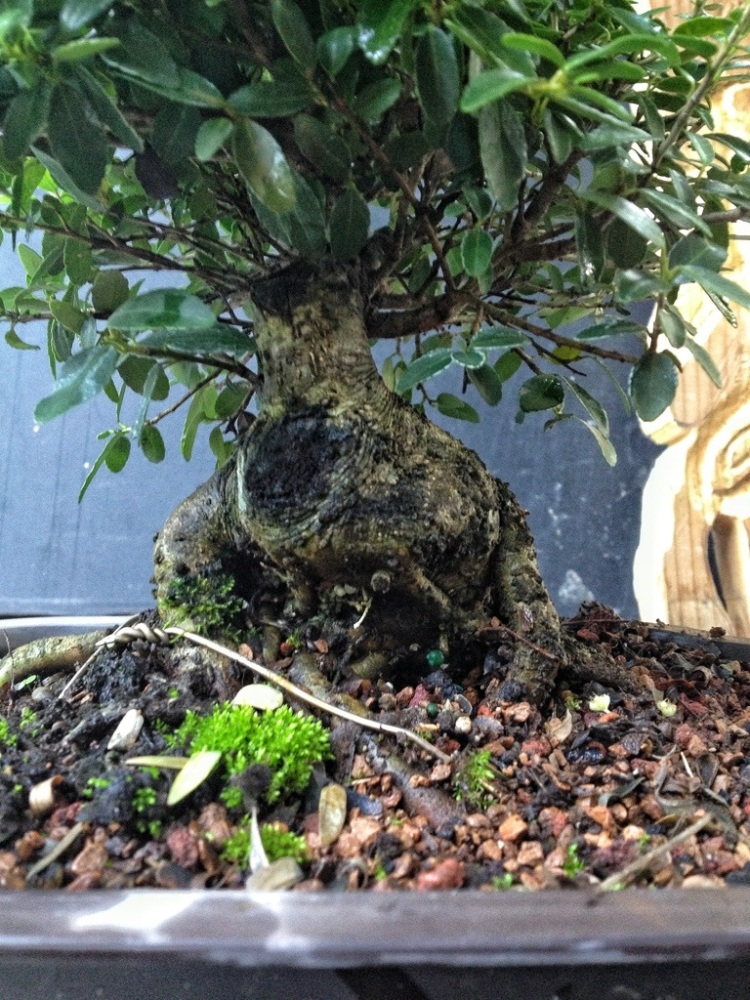 I know, it looks like a dog turd with a Pom Pom on top.
Just wait and see

This was the “front” 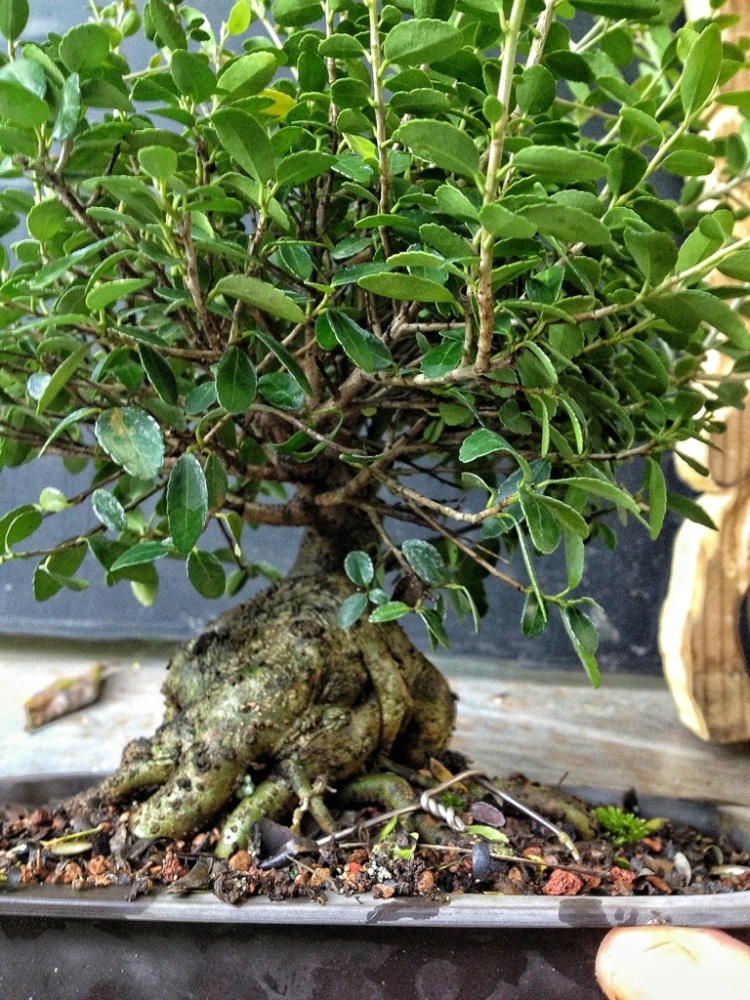 Three cuts. I’ll make this tree with three cuts (some minor pruning cuts too, but those don’t count).
Let us commence 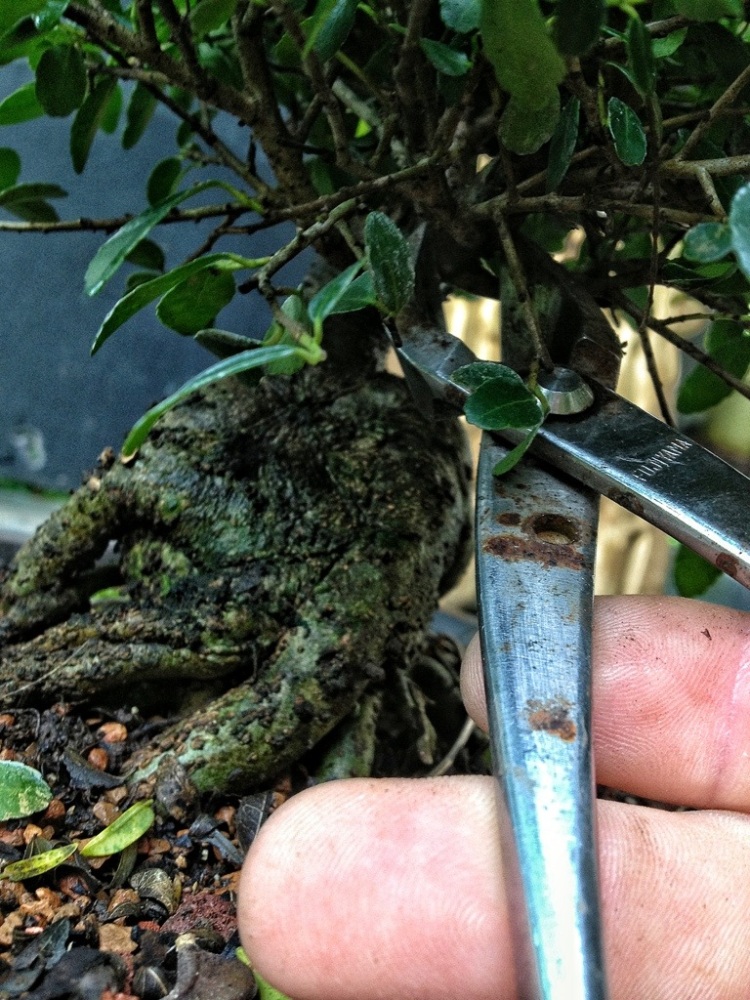 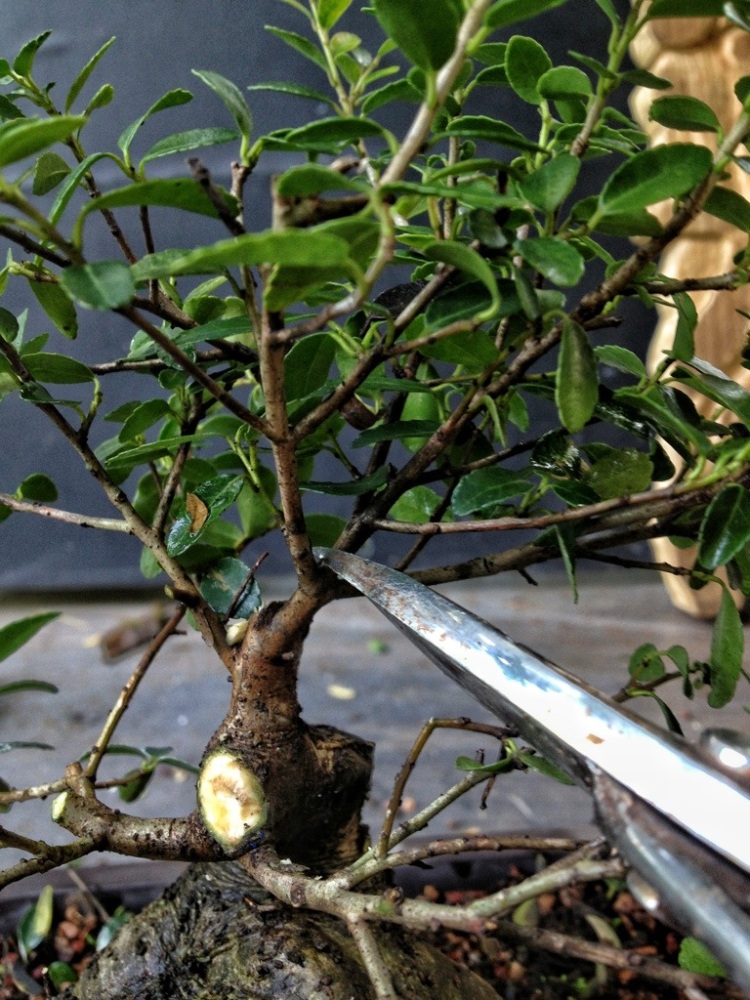 Now, I did cut the first branch back, so if you want to count that, you can. But I won’t. It messes up my narrative. 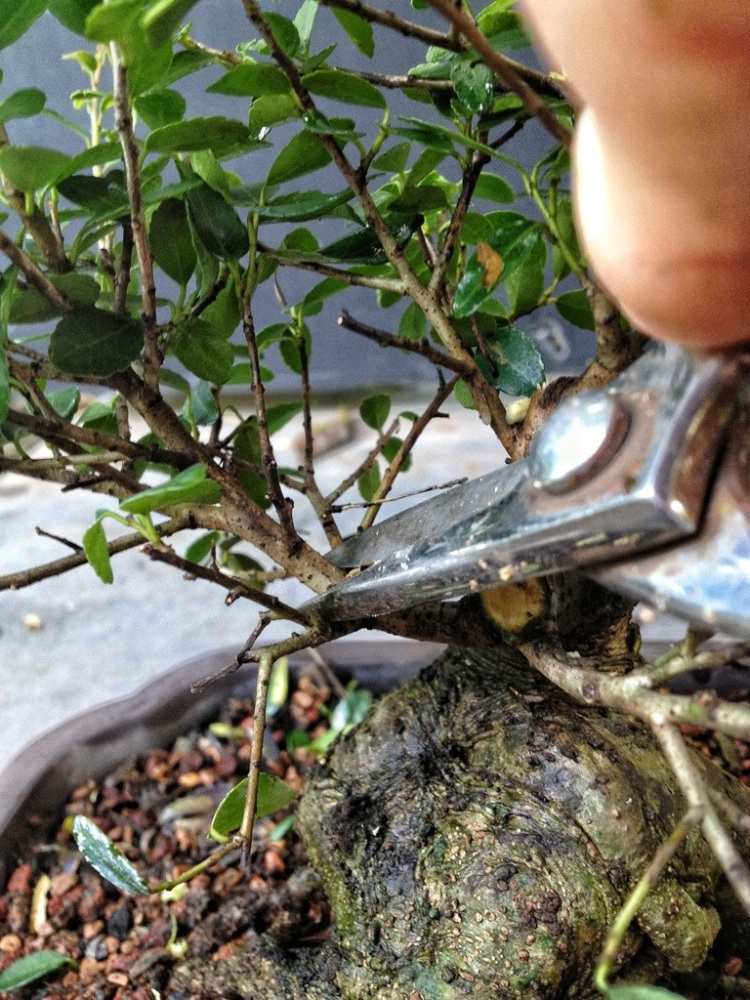 And here you go 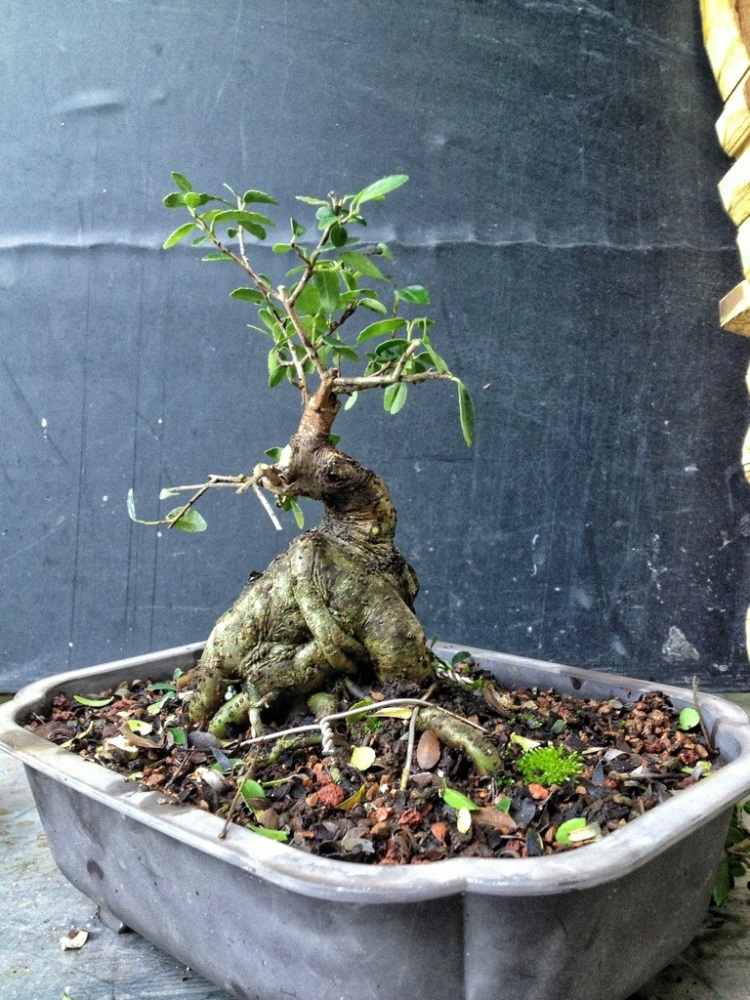 Great little sumo with superior movement, right?
You guys know what’s coming next: this isn’t an Adam’s Art and Bonsai blogpost without wire.
And, believe it or not, only two pieces of wire.
One: 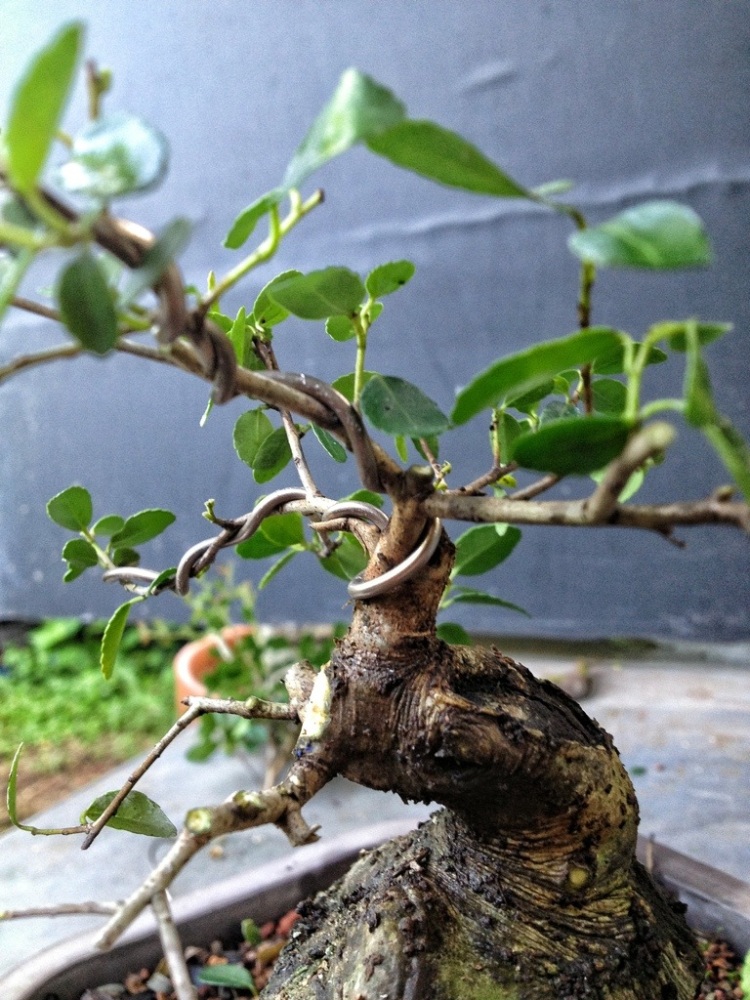 Who says that ilex schillings have brittle branches?

This little, delicate branch is the new leader. 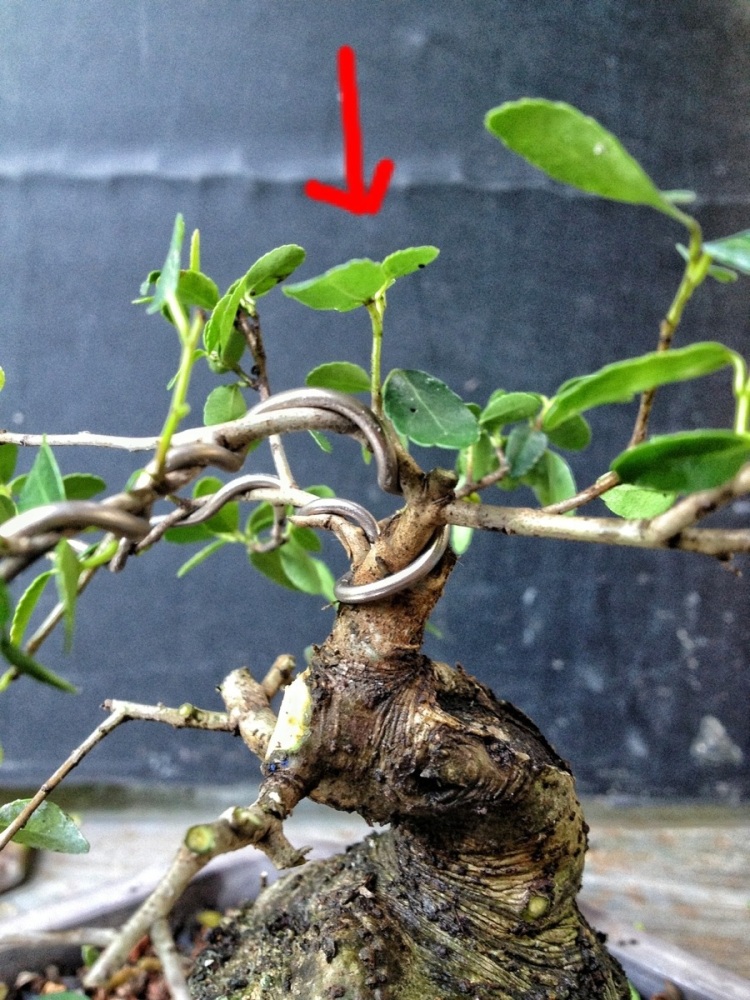 Don’t even breathe on it.
And the second wire

As I spin the tree

Those won’t heal. But that’s ok, it makes the tree look older.
So now we have the tree in the pot showing the wrong front. What to do?

I don’t repot ilex in the summer; only late winter through spring.
I can move it in the pot though.

Pick it up and squash it back in

I think I’ll also clean the top soil off and refresh it with new mix.

Oh, don’t forget tying it in place; children and cats you know. 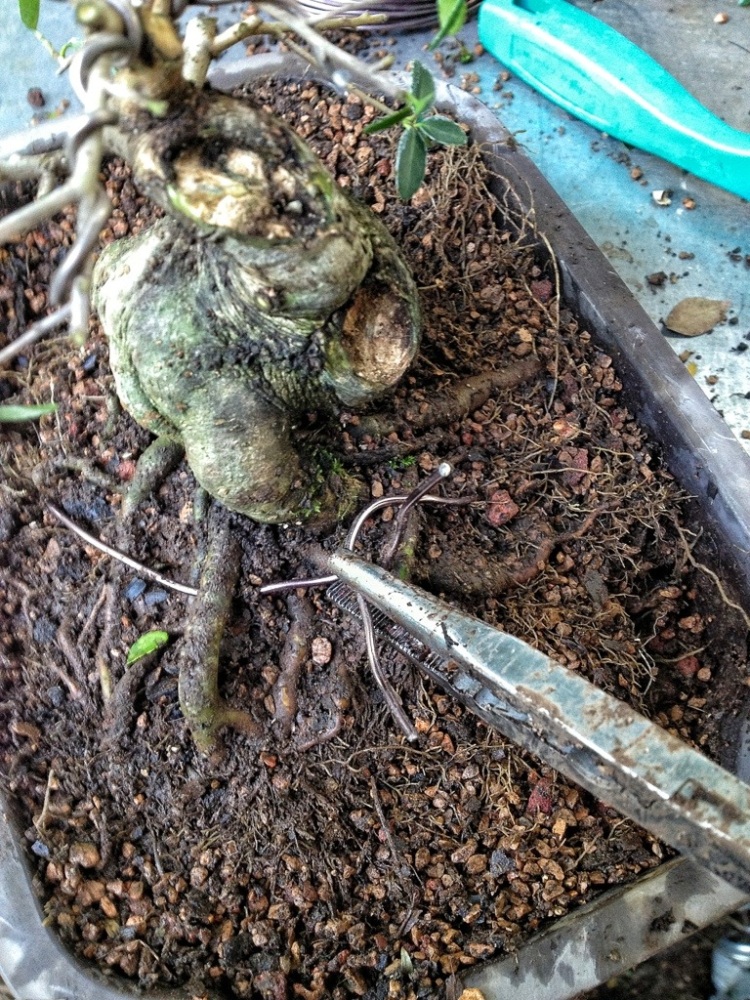 Let’s talk seasonality. It is early August in Florida. I have 4 or 5 months growing time until the tree goes dormant for winter.
I can expect one or two pruning sessions,at least, on this tree.
In Orlando, I don’t have to worry about freezing with an ilex. It can withstand any temp Orlando can drop down to. Except for new growth.
New growth will definitely freeze.
So, for me, there won’t be any pruning past the end of November.
Keep that in mind when pruning your cold hardy trees.
A sketch 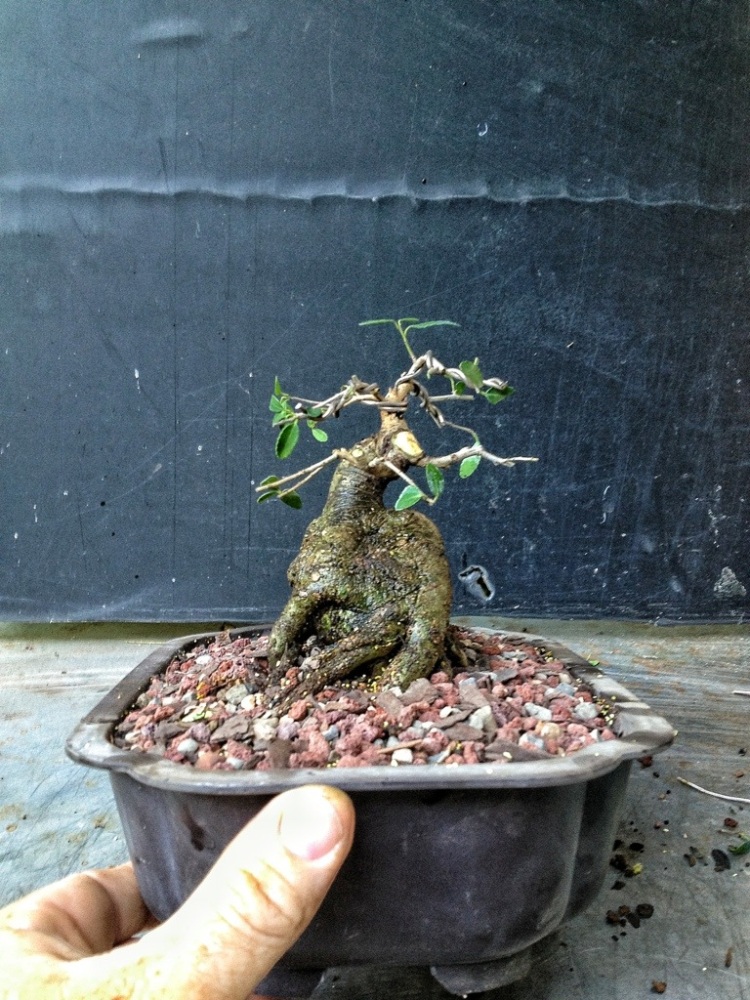 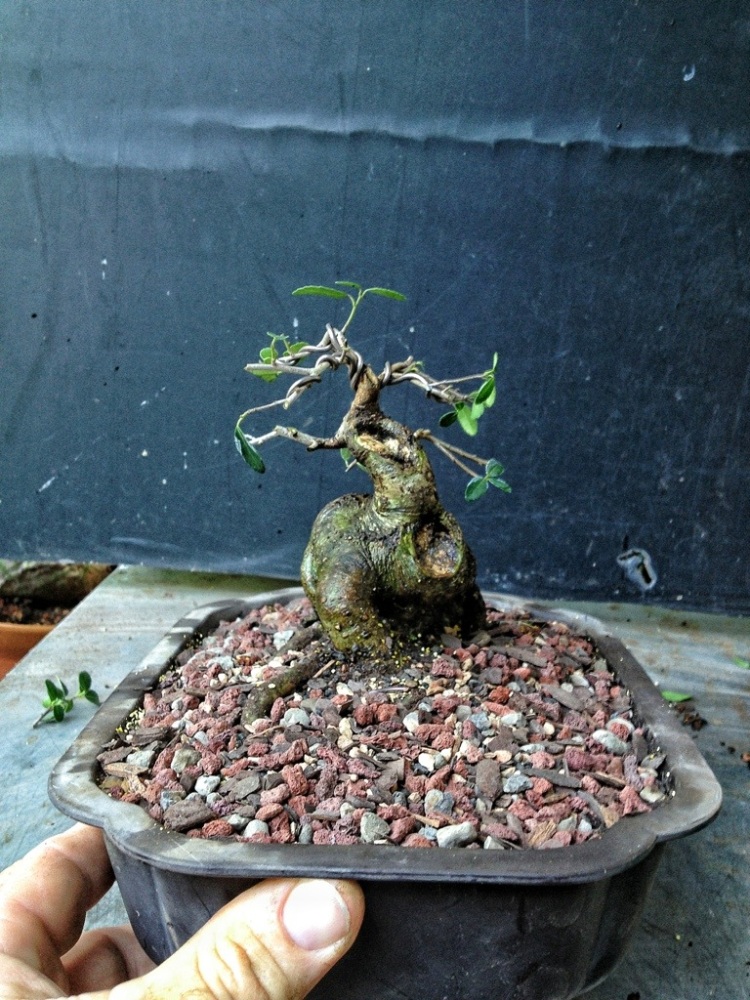 I may or may not try to remove the odd feature on the front that looks like a root. I think it gives it a little character.
Some fertilizer, lots of sun and this tree will be a sweet little tree next year by repot time.
I’ll post an update. If I don’t sell it.