Well friends, here’s the hurricane Irma aftermath blog. But with some perspective. Sorry.

This is Pablo. A wood carving I did many years ago. He’s a fixture on the blog and on my Instagram feed. 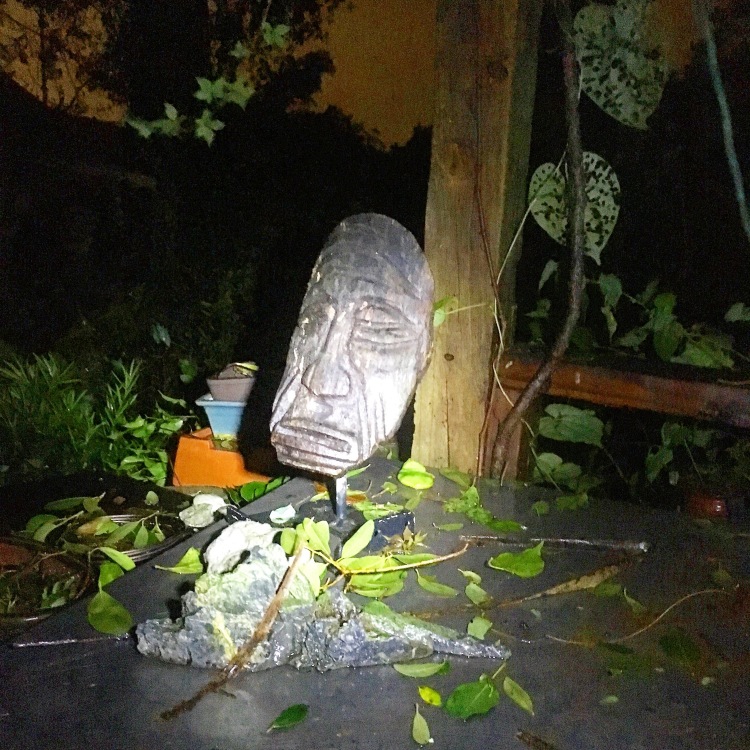 He’s called Pablo because he kinda looks like Pablo Picasso, in case you were wondering. I chose Pablo to be the protector of The Nook and The Wall of Pots.  (here’s a funny thing, check out this link). 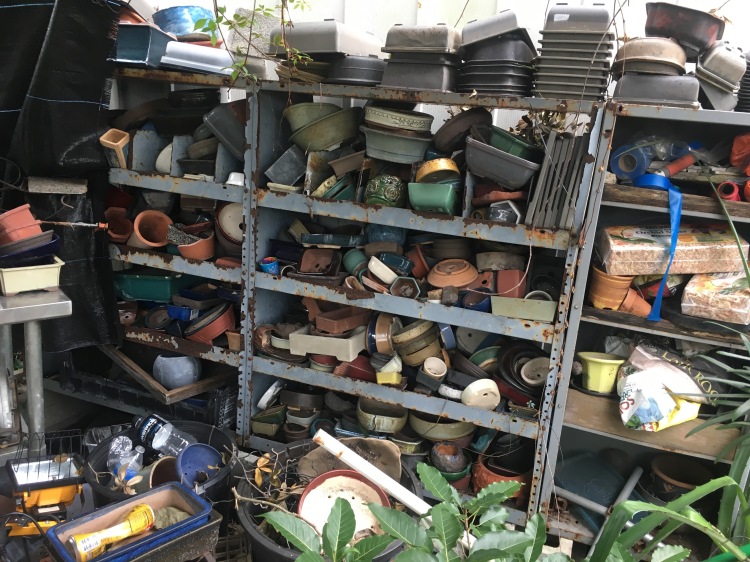 The day before the hurricane when I was getting supplies. Funny the things people don’t buy.

I mean, what’s wrong with herring in curry pineapple sauce?

This was pretty much the track.

The rain cleared out at around 3 am but the winds continued. It was when the winds shifted in the early morning when a lot of the branches came down.

The stress of being pushed to the west and then the shifting wind them north broke the trees.

My backdoor, the branches hit the roof.

This is me climbing through the fallen trees looking for bonsai.

I know. A fool thing to do.

A hawk on the top of a telephone pole.

It faced itself into the wind and hung on for life.

This damage was from the north blowing winds. 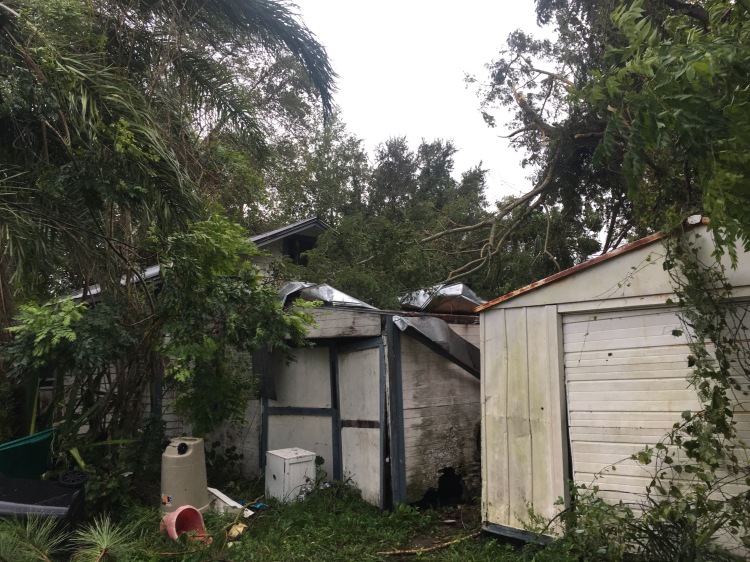 I’ll need to do some re-building

We had minor flooding. Just enough so that the septic drain field was flooded and the toilet didn’t flush.

Not a bonsai to be seen.

This is a panorama shot. It looks better on Facebook.

I had put all the trees on the ground. They would’ve been safer in the middle of the street. They were covered with debris.

This was the view from the peak of my roof. 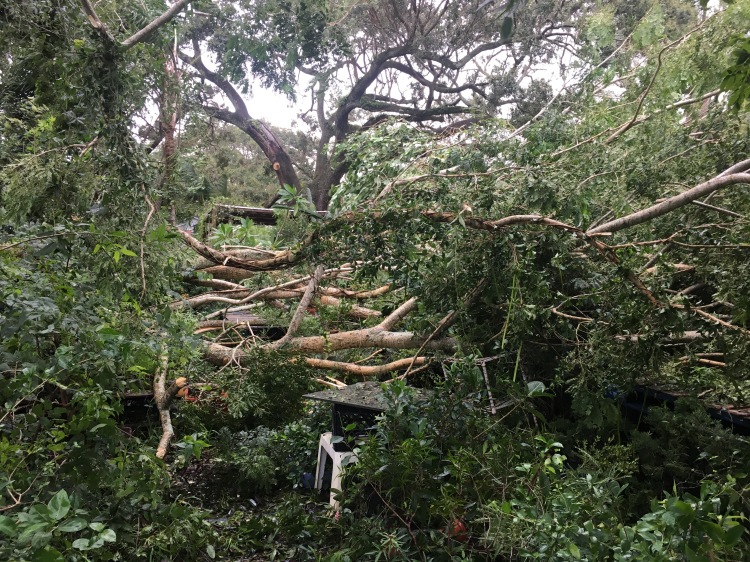 The first tree I dug out. It’s  a tiger bark ficus that was imported by Suthin. The trunk has been built by extensive grafting. The chop marks and scars were almost all healed.

It was under the a heavy branch. It’ll live but it’s back to square one. The date of the eye going over orlando was Monday, September 11th 2017.
While all this digging out was happening,  the 9-11 moments of silences were taking place. I didn’t even think of the date until I was looking through my pics the other day and saw these:

I was going to publish this photo set on the anniversary, the day of the hurricane. But it really didn’t work out that way. The blog story was going to be about the design construction of the World Trade Center and the use of these interestingly shaped beams. 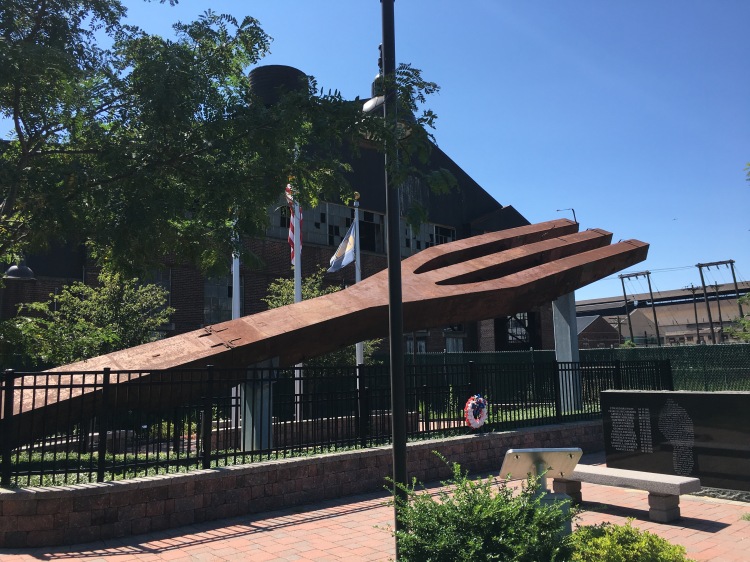 They called them trees. I thought it was appropriate, a blog about trees writing about the steel “trees” that kept the WTC up. 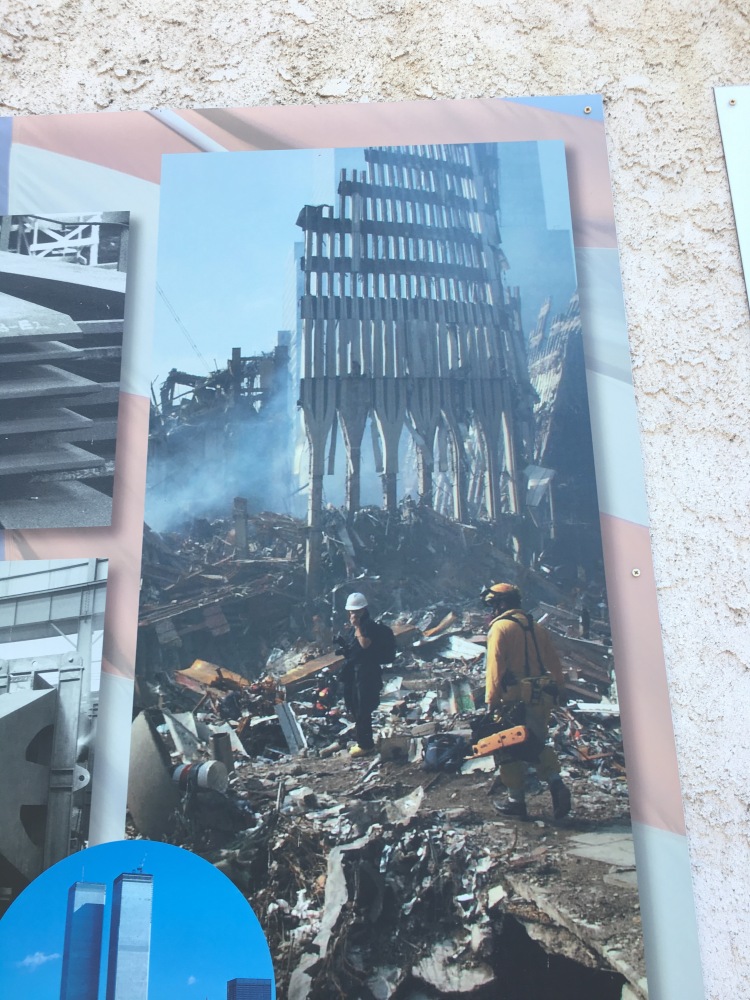 It was a unique design, there were no interior supports, the whole building was a hollow tube held up by the walls and the “trees” 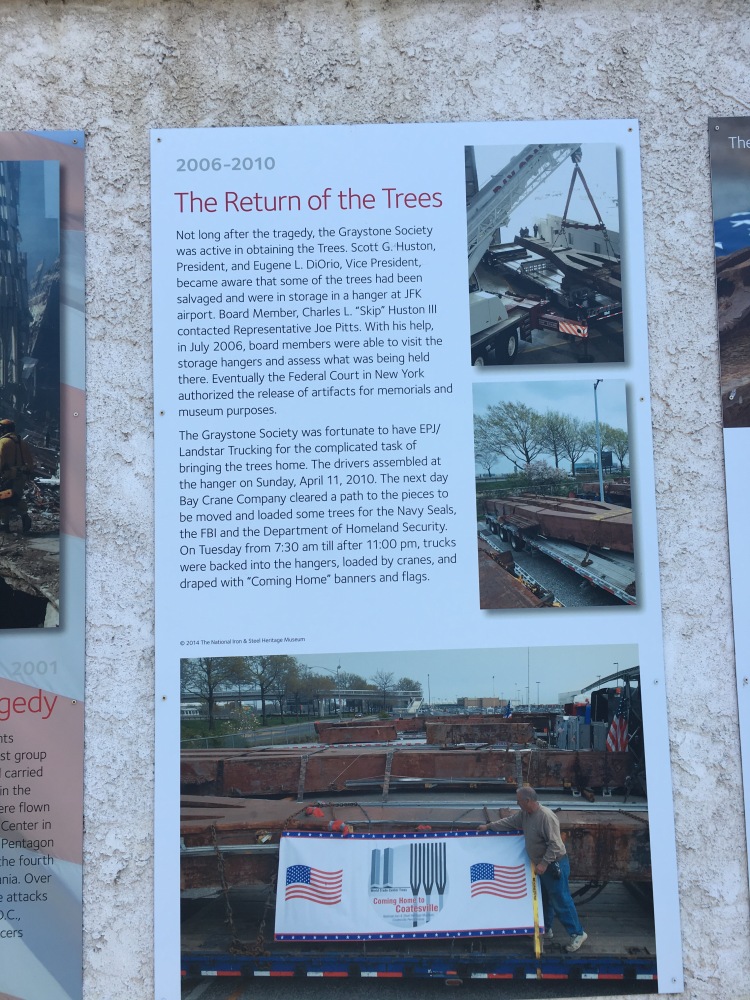 The “trees” were built in Coatesville. They were returned there, with all honors. 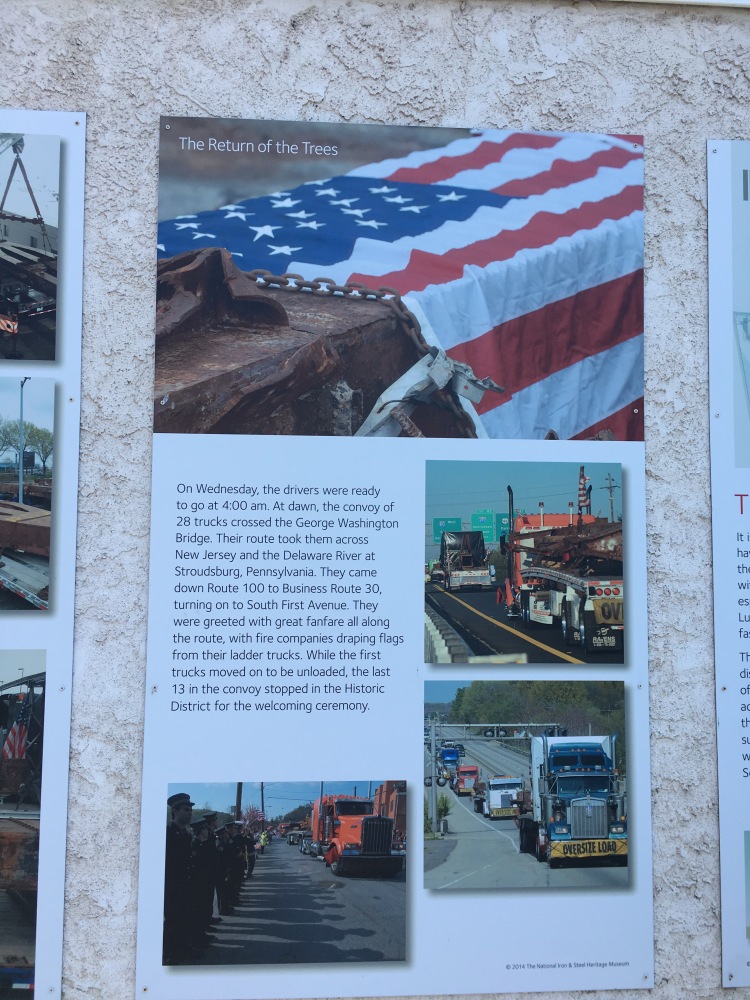 It was eerie, sharing space with the “tree”.

This once was part of a living, breathing structure, full of people, business, history. It came down with those two planes, that morning, many years ago.

A hurricane is slow a motion disaster. In Florida alone, more than 6 million people were told to evacuate. We had a weeks notice. 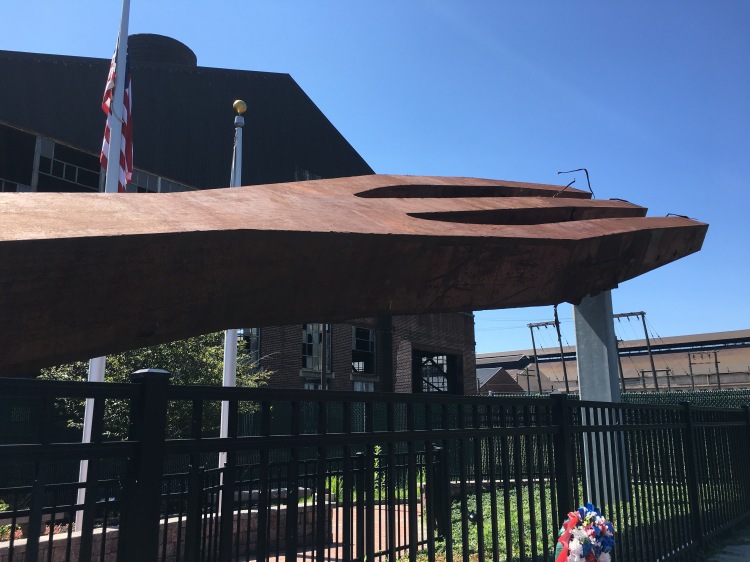 Regardless of what all the conspiracy theories say, the people who perished had no warning. 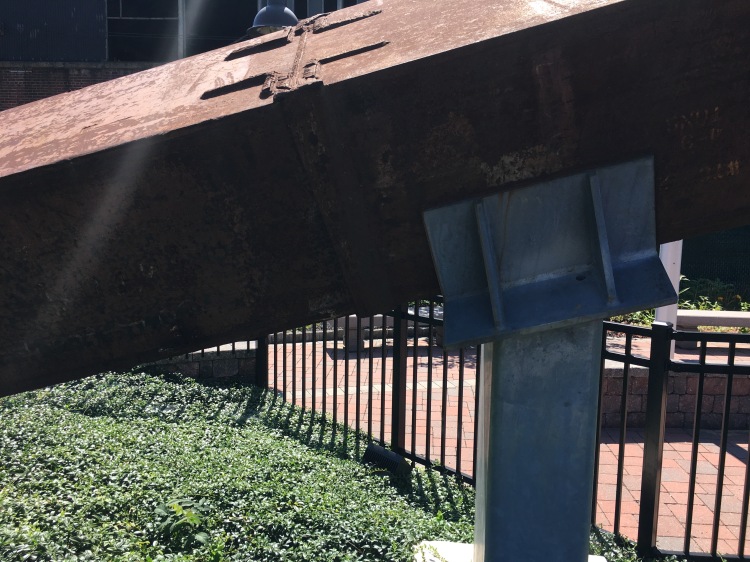 They had about an hour to walk down the stairs to possible safety. 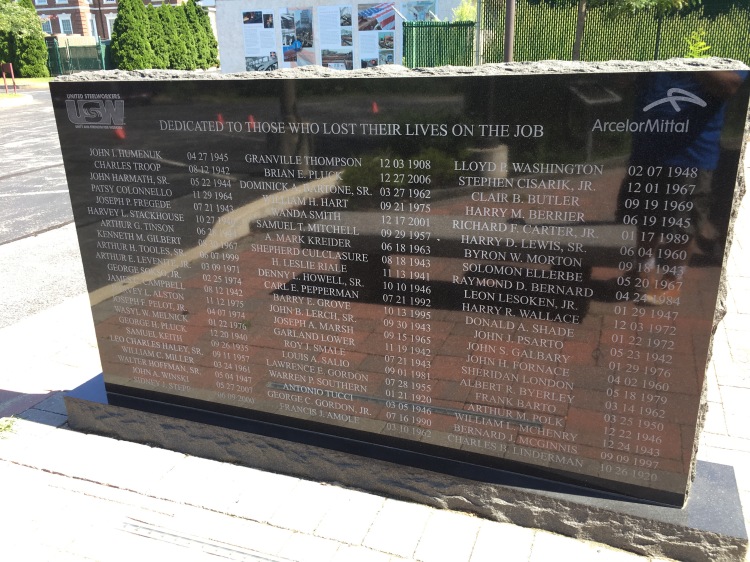 The buildings were constructed to last 2-3 hours in case of a fire. Plenty of time to evacuate. An hour just wasn’t long enough.

The WTC was also supposed to be built to withstand an impact from a Boeing 707.

That didn’t take into account the fires though.  Impact and fire and the poorly designed fire suppression system and the fact that only the first 64 floors were sprayed with asbestos containing coating that was designed to protect the steel “trees” from fire (amazingly, NYC banned the use of asbestos during construction and they switched to another foam spray. It was said at the time that if a fire occurred above the 64th floor, the building would collapse)

But I’m not going to debate what happened. Please don’t comment on it. 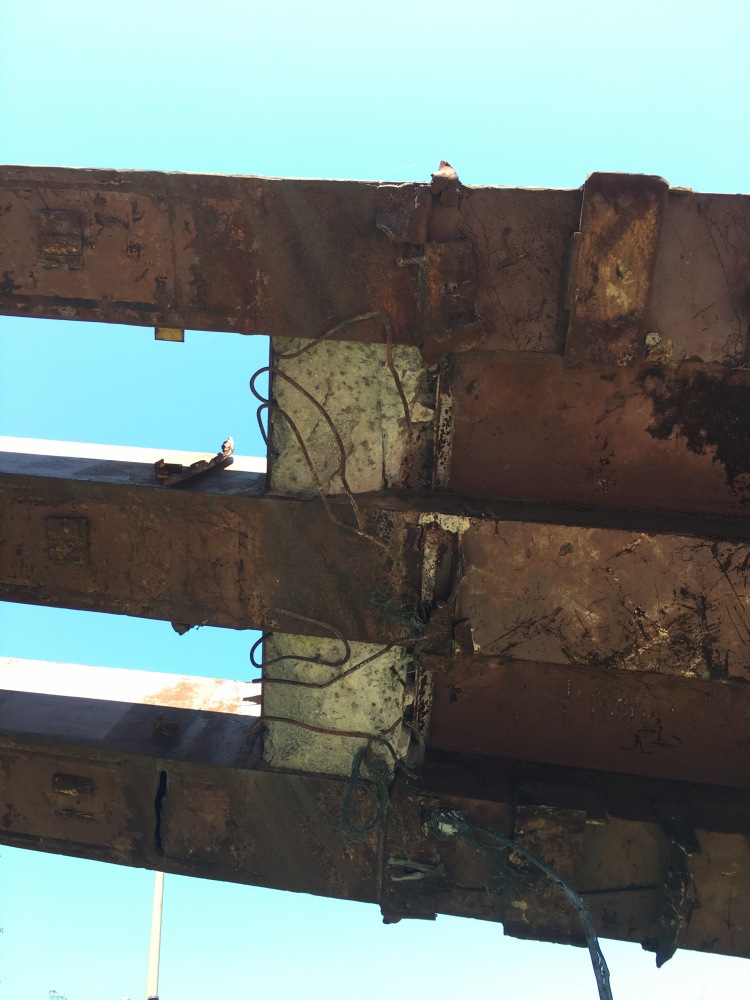 It is still a fact that too many people lost their lives on that day.

The same date as hurricane Irma for me.

Was my tragedy equal to those who lost there lives back in 2001? That’s a hard question.

I’m alive, in relatively good health. My family and friends made it through. I have cleanup. 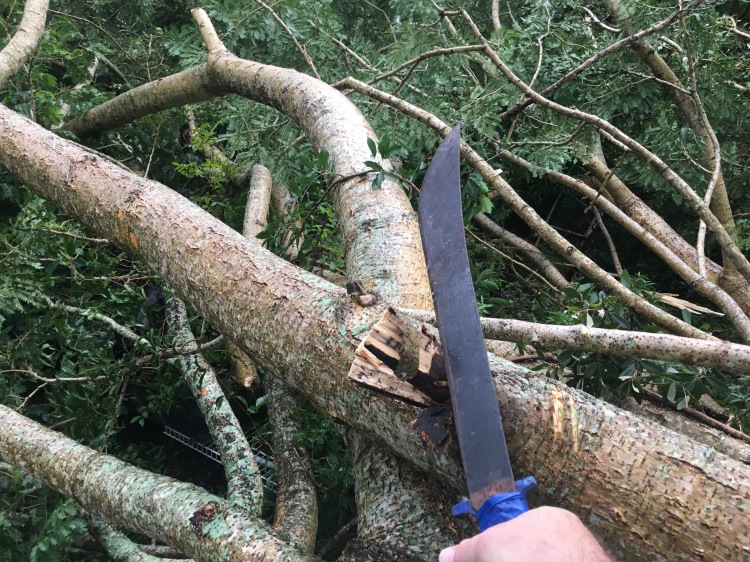 I have damage to my little trees.

My favorite tree, this hackberry. The one I’ve been pushing hard this year.

Well. Here it is.

It lost the top.

It’s just a little tree though. Is it enough to hold prop up my life? I’ve made my life on them recently, so it’s hard to say. Perspective is tough to see when there’s still sweat in your eyes.

But It’ll grow back.

I cleaned off the trees on the back door. 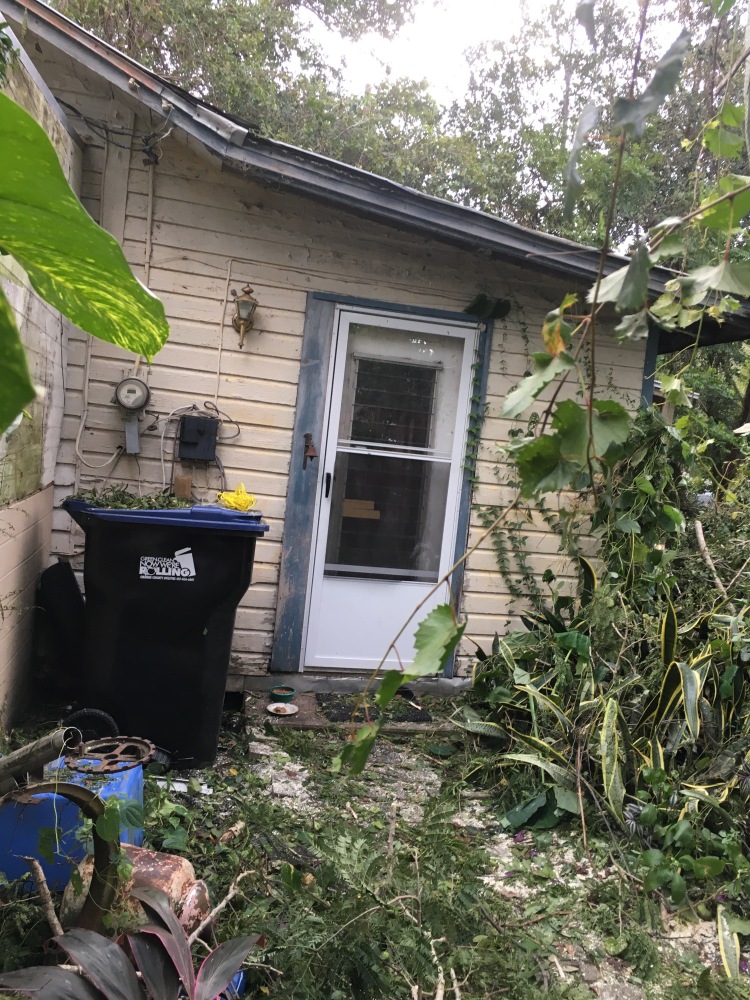 Rescued many of my other little trees. 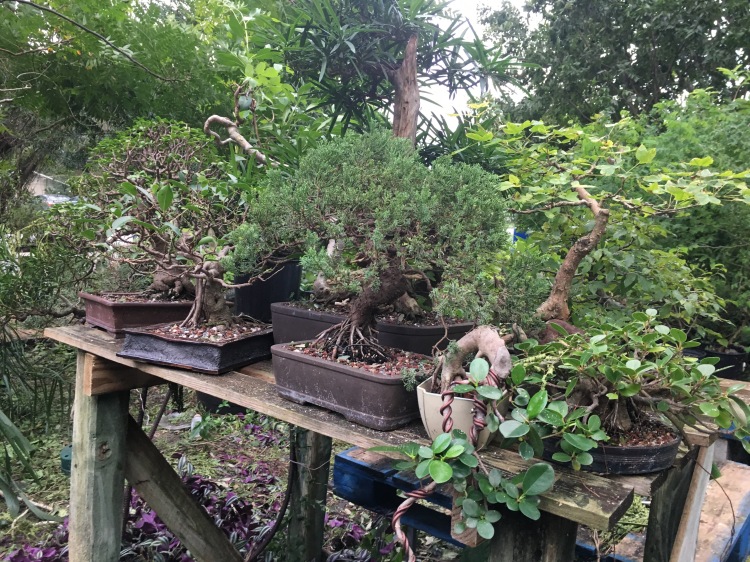 It was just work. It’s good for you. 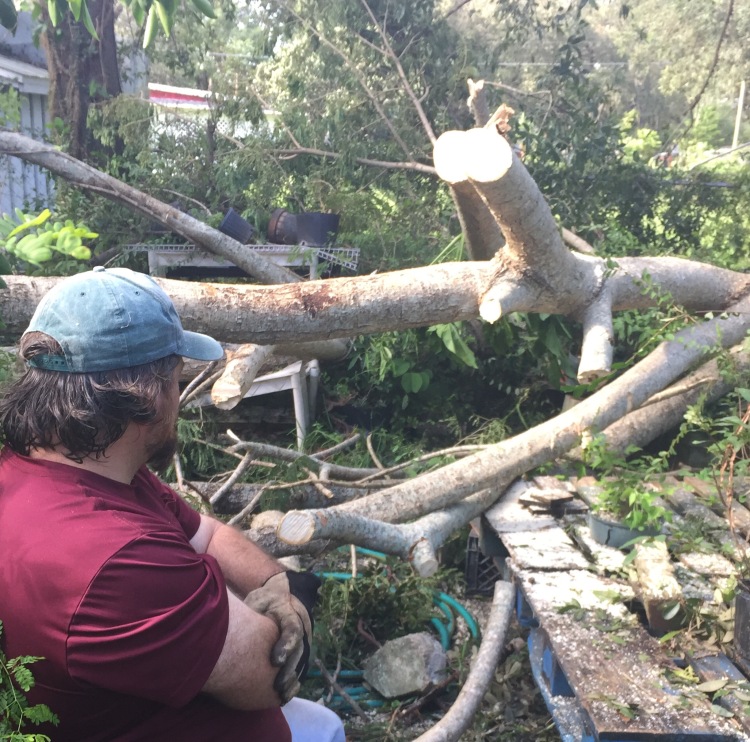 And for my children too. Life is hard and they need to learn that.

I had friends who helped. That’s Guaracha up there. 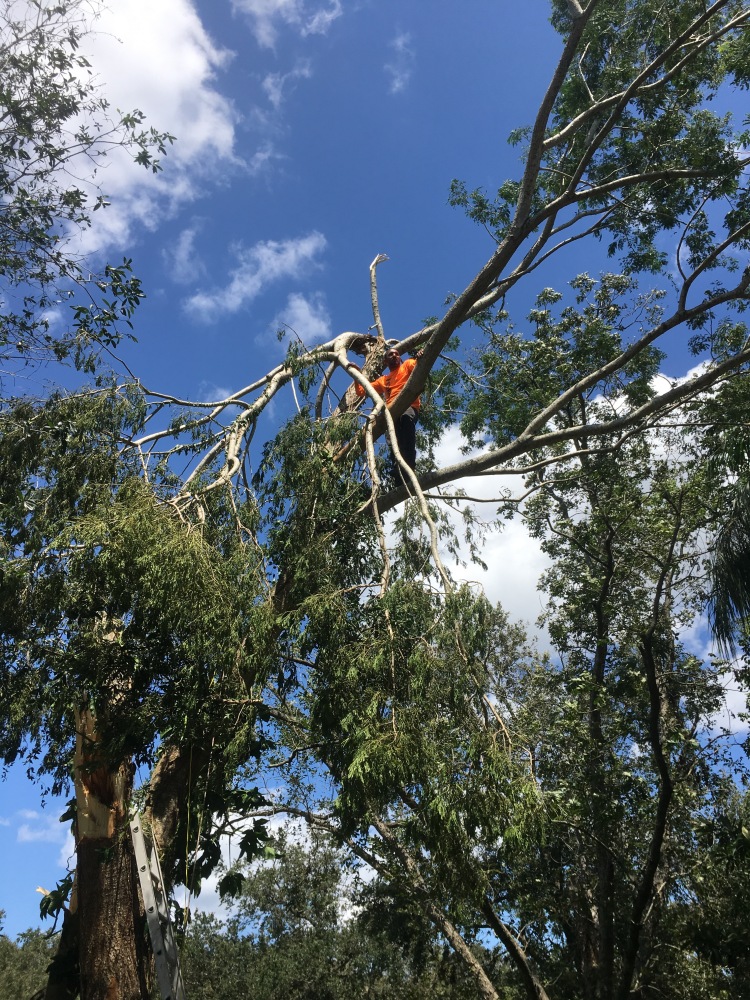 I cut  down some trees that needed it too. Ones I should’ve never let grow.

​​My wife took the video. She got excited when the tree came down.

We started with this. 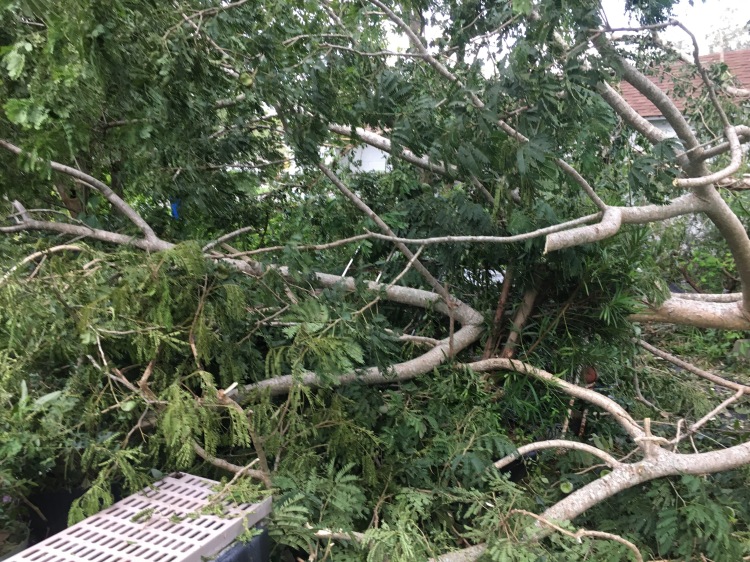 Cleared it all out. 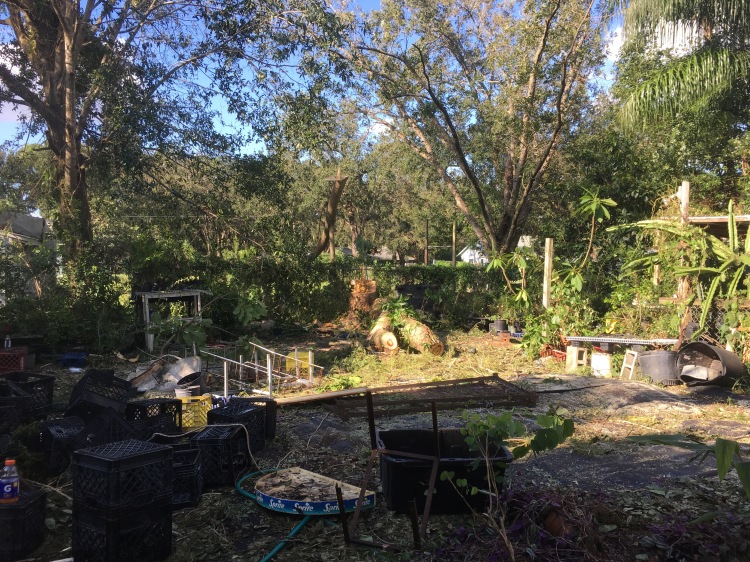 Got some nursery cloth down

And the tables got put back up.

There’s still a lot to do but I’ll survive.

As I write this, another hurricane, called Maria, is tearing into Puerto Rico. She’s a catagory 5. I have too many friends and too many of my friends families on the island. They will know disaster. I’m just experiencing a little pain right now. It won’t last. I just need to work through it.

In more than a week I hadn’t worked on any of my bonsai. I took the time yesterday to do just that.

It helped. I also went to a clients house and worked on some of her trees.

She was almost unscathed. It helped to see that too. Normalcy.

So many of my friends were impacted by Irma. It will be years for some to dig out. Or months or just days. 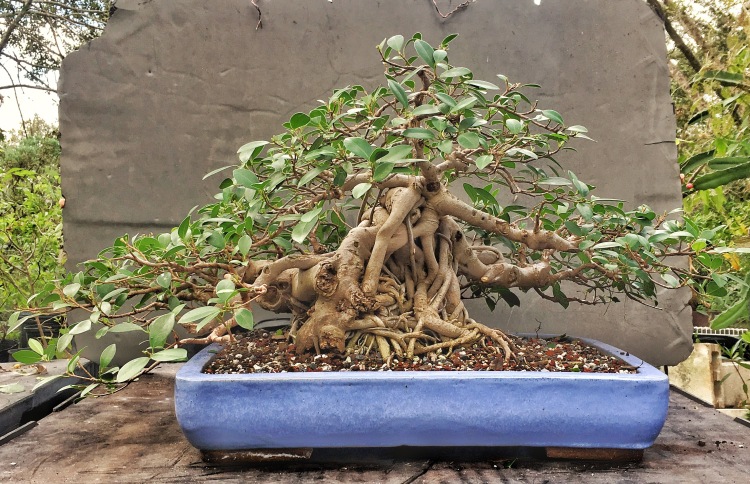 For me, I’ll take it one day at a time. Some days I’ll get more done, some days, nothing. I can only do what I can. Stay safe and strong. Be kind to each other too. You may get a weeks notice of disaster. It may happen in the blink of an eye.