I get this question in emails, PM’s, and on social media posts quite often

“When is the best time to defoliate a BRT?”

Well, not to be cheeky, but the best time to do it is when it needs it. To know this, you gotta learn the language.

This is the tree from this post a few months ago. 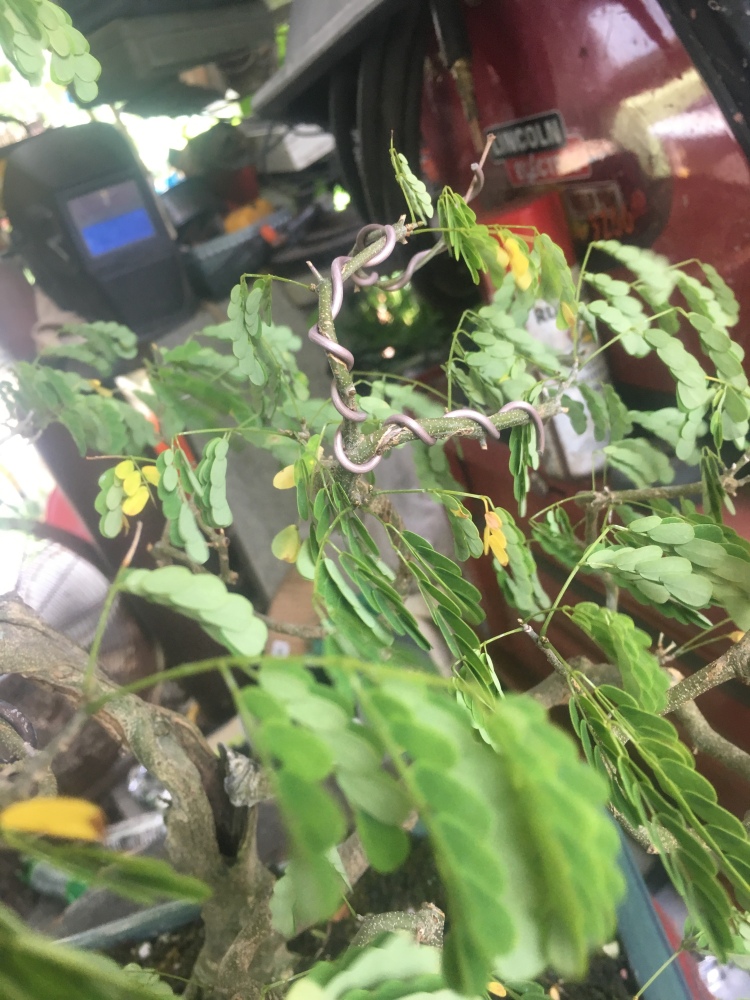 Lets figure it out.

The first thing you need to observe is the time of day. The leaves will be closed in the morning and the evening. It has to do with light, and two hormones, one that is dominant in the evening, causing leaves to close, and one in the daylight hours, that keep the leaves open.

That’s the easy one. Light or no light.

Now it gets harder. If it’s too hot out, the leaves may close. This usually occurs about 2 pm-5pm. Don’t worry about it unless the soil is also dry.

This is the third reason that the BRT’s leaves may be weeping. This bit of speech, too, is easy to figure out. Check the soil. If it’s dry, water it. It takes anywhere from 15 minutes to an hour for the tree to perk up.

With those three instances, I’ve taught you several phrases in the language of the species of the Chloroleucon tortum. The equivalent of “Where’s the bathroom?”or “One more beer, please!” (My favorite gringo-style phrase in Spanish “Uno mas cervesa, por favor!”)

Now we get complex.

Look closely at the pic below….. 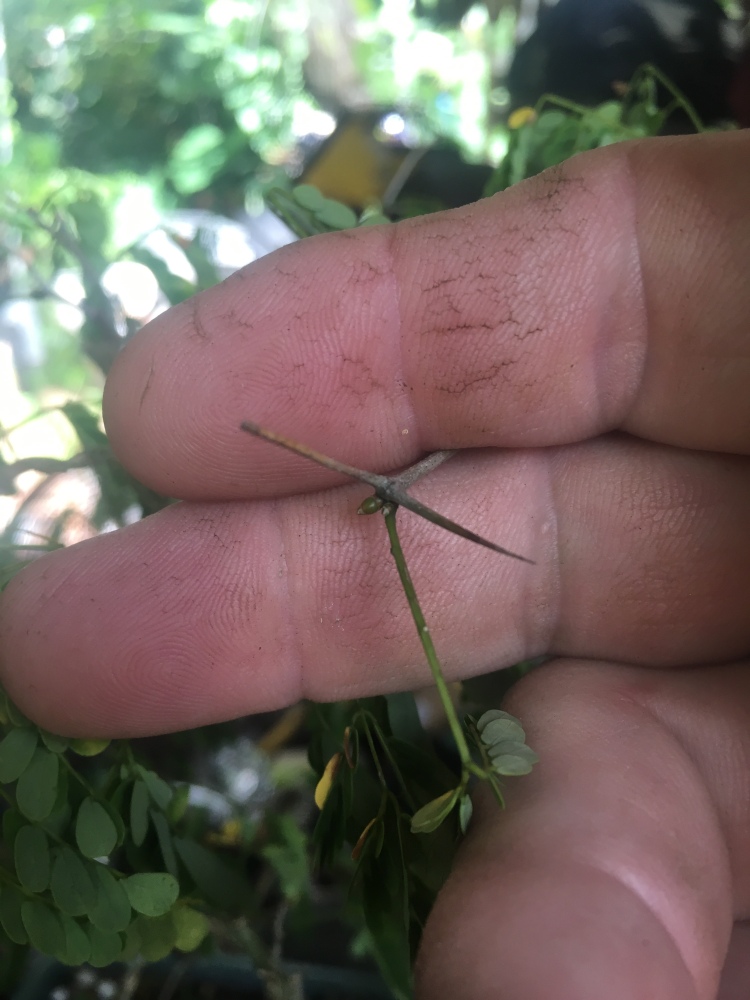 It’s a tough phrase to understand. Like if I were to ask a non native English speaker (or a member of the press or government),

I could answer the above question for you, but I’ll let you work it out for yourself.

I will, however, translate for you, because that’s why I’m here, the cry for help our poor, weeping BRT is mewling.

Do you see that arrow pointing to that bud? 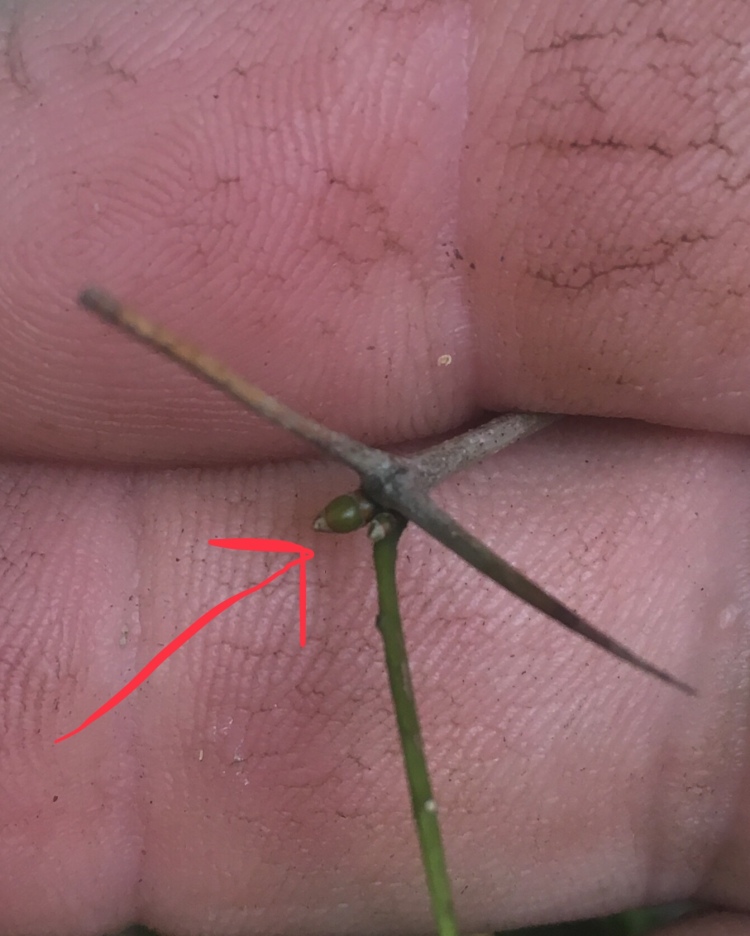 It’s a nice shade of vermillion, and hand drawn in the post-Pop Art style indicative of kindergarten and first grade artists.

Here’s a closer look at the first pic:

This is the communication we are listening for. This tree is screaming for help. Like that one scene in A Streetcar Named Desire where Marlon Brando is in a dirty, torn undershirt, tucked into black slacks and belt, it’s raining, his head wet and hair matted, his face contorted with existential pain and loss, and he’s shouting, head in hands, “Stella!”

Well, not quite that dramatically, but, for some reason, the BRT has a hard time dropping old leaves in senescence.

Why this is so, I can only guess. Ok, I know you want to know my opinion. My guess is that in the environment they live in, on the coast of Brazil, they are subjected to forces of nature, like extreme wind and alligators, that perform the defoliation. So think of yourself as fulfilling a natural process when it’s time to defoliate….

Which is what we do with most of our techniques really. Or, more precisely, we use the trees natural responses to forces of nature to develop the tree.

You know what those scissors mean, right?

It’s also a good time to remove the thorns. It won’t hurt the tree, and helps with refinement (the thorns, in my opinion, are out of scale, in most cases) 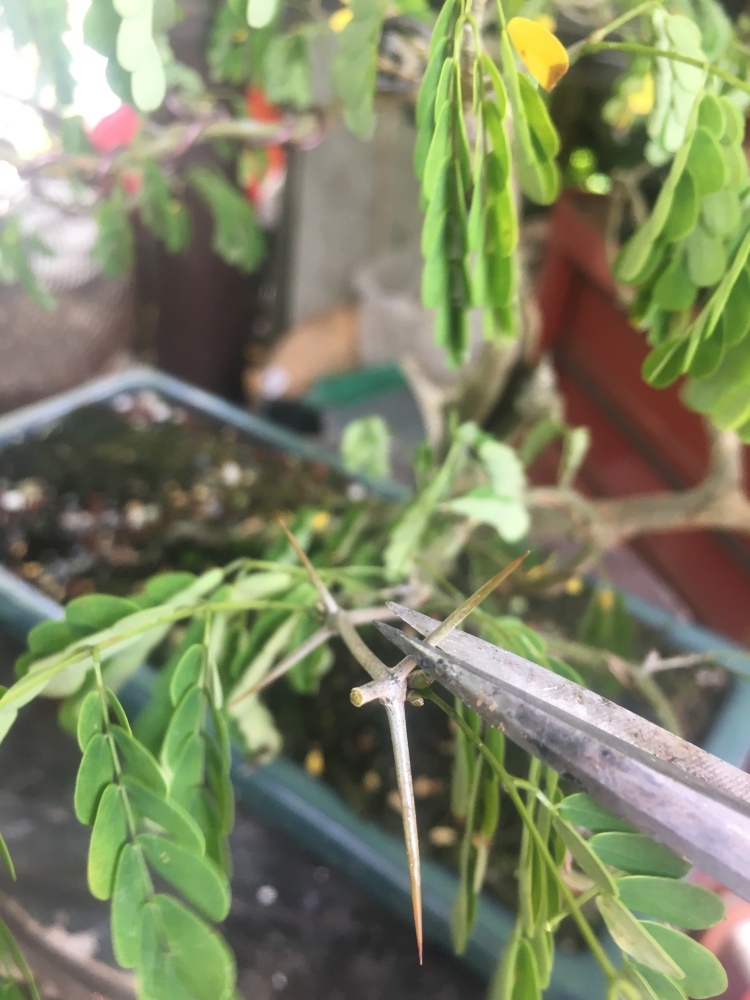 And this is what I leave, when removing the leaf, just the petiole.

And now the wires need to come off.

I prefer to unwind the wire. I know many instructors prefer to teach you to cut the wire off. But it’s my thinking that the physical act of manipulating the wire around the branch, even though you are removing it, helps to train the hand in general, and makes one a better wire-ist (I prefer wire-ist to wirer, sounds more official and hoity-toity).

Whether you are applying or removing wire, the most important step is to brace the branch with your fingers.

And, just as you put the wire on, you work a little on one branch, go to the next and complete it, then return to the first branch and complete either winding or unwinding the wire.

If you need to, use your pliers to get the ends or…. 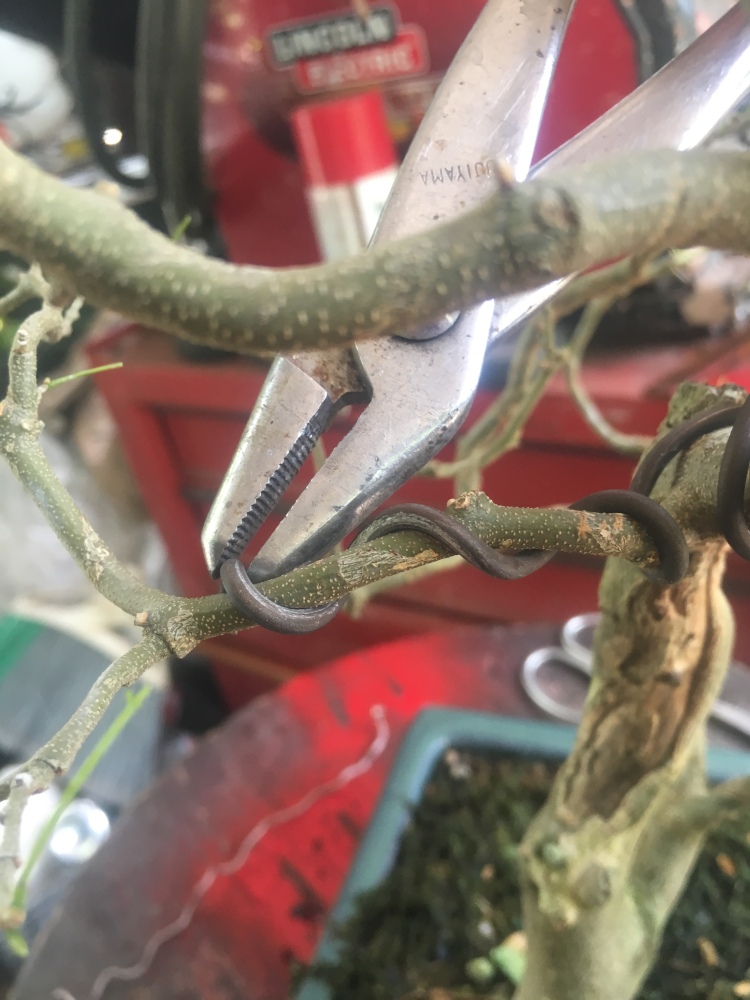 ….to brace the wire so you don’t break or damage the branch.

Next, it’s usually a good time for fertilization after you work on the tree.

I usually use Milorganite , but today I’ll be using Espoma brand Bio-Tone. It has all kinds of beneficial microorganisms.

Why do I put the fertilizer in the soil?

First, if the tree you are fertilizing is one that is repotted yearly (like a BRT or a ficus), that argument is moot. New soil every year drains well.

Second, if you are using organic fertilizer, it needs to be in the soil for the bacteria and fungus to break down the insoluble nutrients. And that’s a fact, Jack.

And I am done. Well, for today, at least. 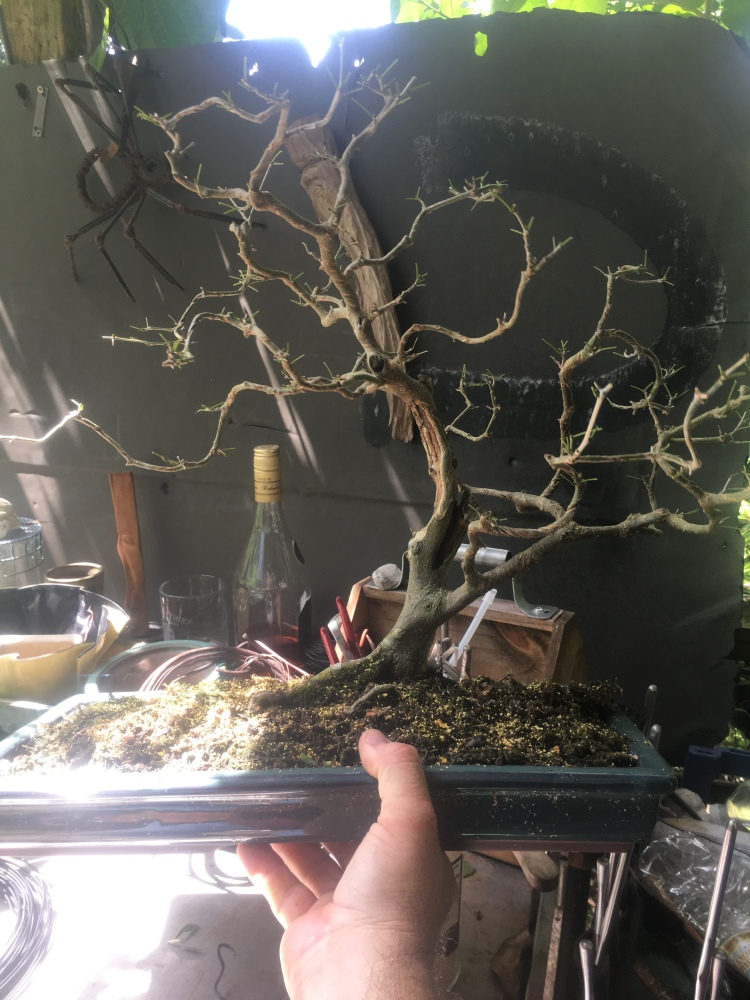 No wire, but I pruned back pretty hard on the tips. 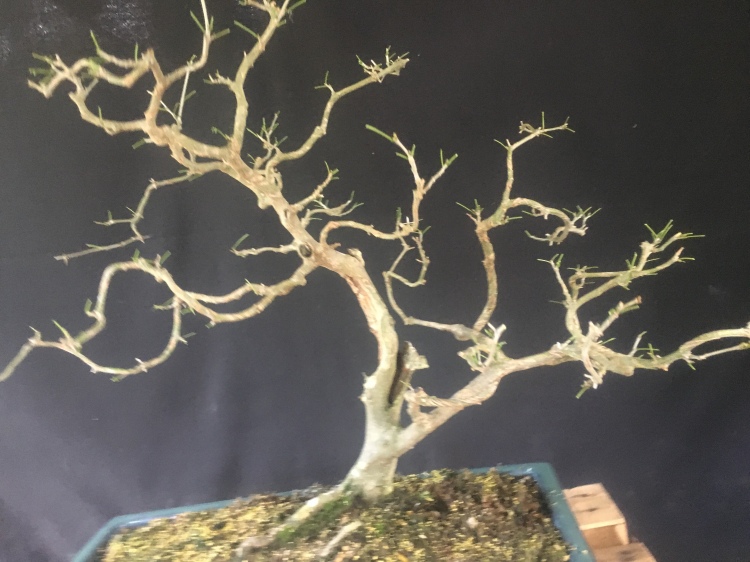 I’m really beginning to get the “natural” look that a BRT shows in the wild.

It may not be to many bonsai people’s taste, but I like it, and it’s what I’m going for on this tree. That’s what Art (capital “A”) is, really:

Having an idea in mind, working on it, and accomplishing it.

You can almost imagine trying to hike through a forest on the coast of Brazil, called a restinga, catching any loose sleeves or pant legs on the vicious thorns and tripping on the tortured roots. Banging your head on the low hanging, twisted branches and you look for secure footing in the sandy soil.

I’m not done with it, it needs about twice as many branches, but it’s close.

By the end of this year, hopefully.

That’s next year though.