What do I mean when I call a post a “Quick Blog”? Easy, I won’t be meandering quite so much as in my full length articles. I’ll simply show the work and describe why, with not a lot of philosophy and such. I stick to the B. S. and cut back on the B. S., so to say.

This ficus microcarpa (the much maligned “ginseng” style) was one I had worked on in a previous article. 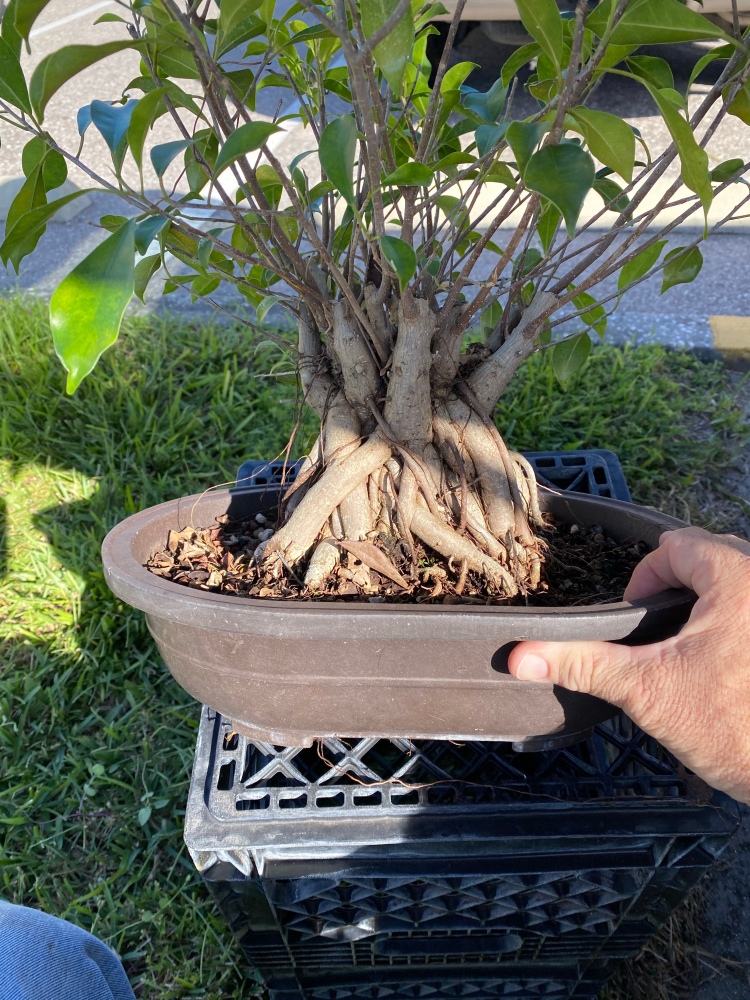 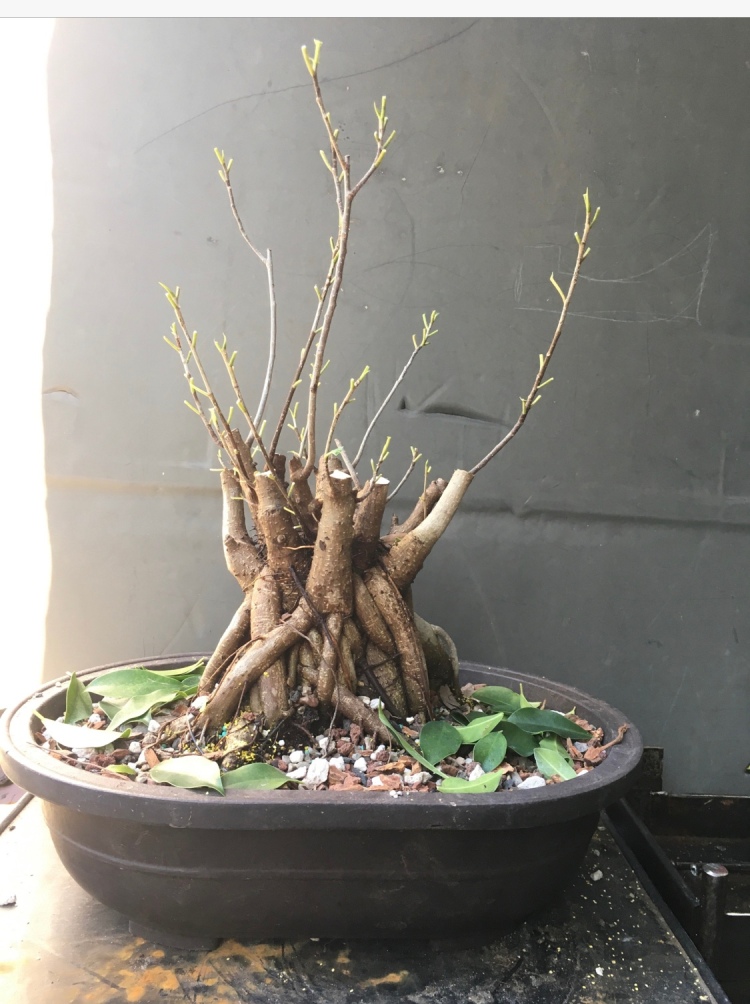 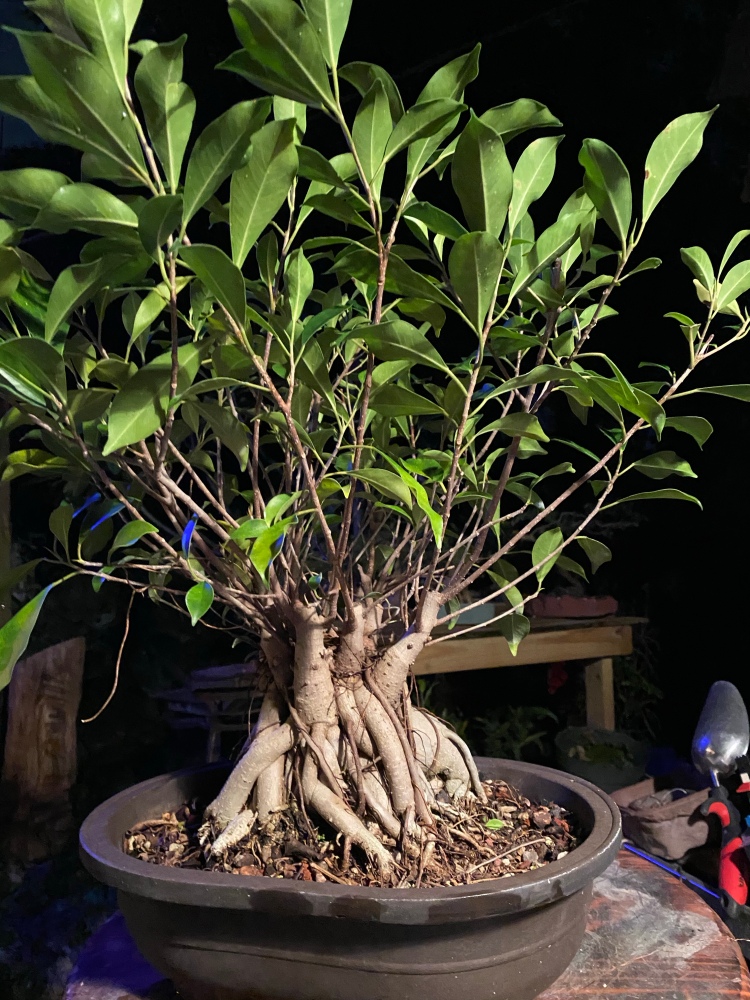 It’s interesting to compare how the roots have changed. But it’s also interesting to see how neglect and “just letting it grow”, as they say, didn’t really give me the development I wanted. It’s been almost two years since I’ve looked at it last and I should have at least done something. But….

I guess it’s time to work the tree now. Let’s give it a little push, shall we?

In the last session, I left many branches I knew I wasn’t going to use in the final design, so this session will be a “chop it like it’s hot!” fest.

Don’t need this one. 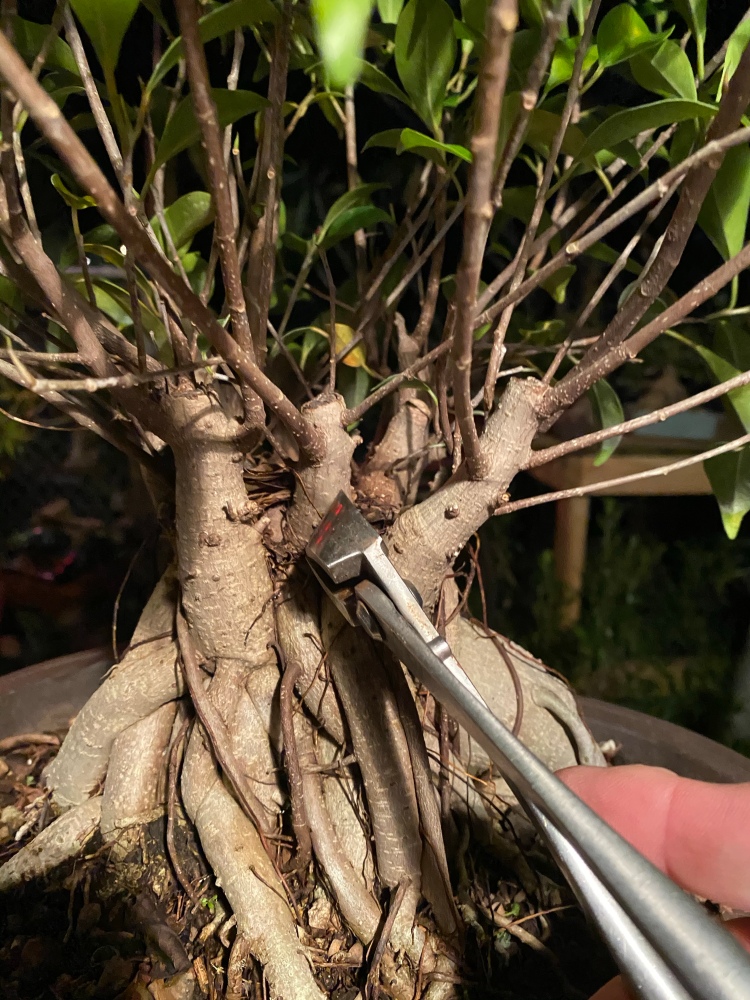 Or the one here… 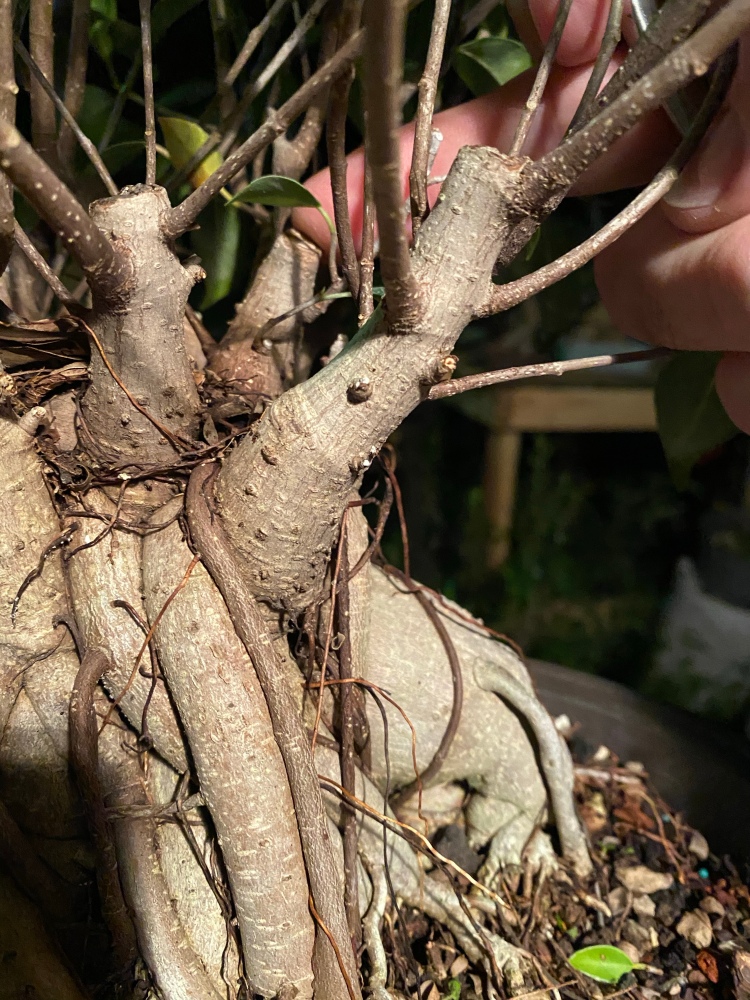 This one is weird…. 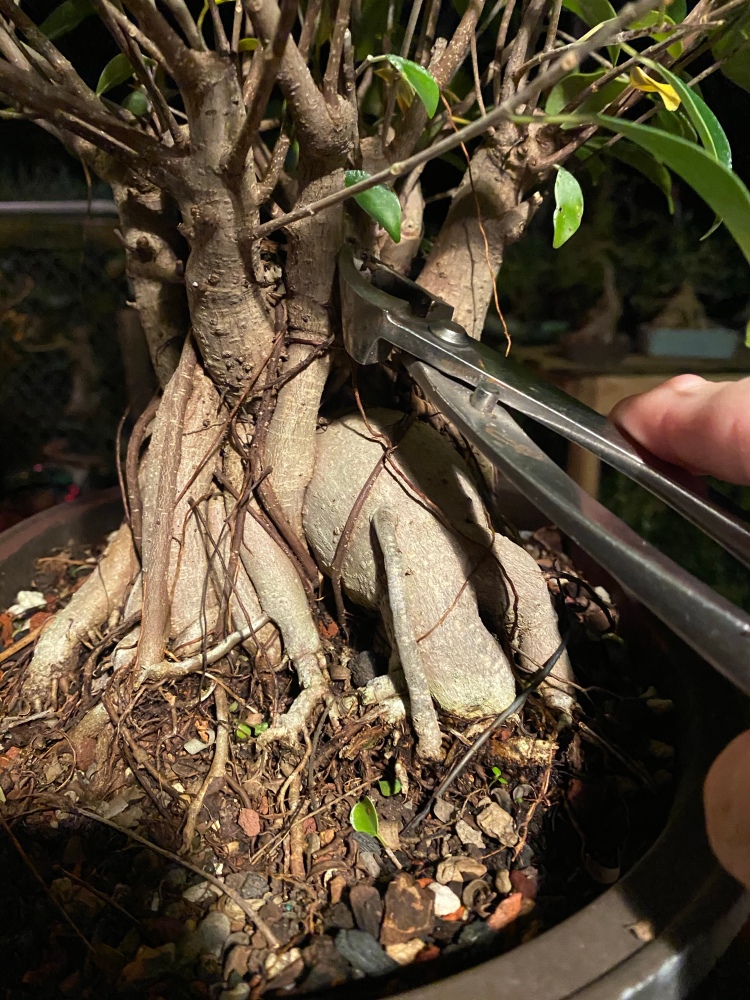 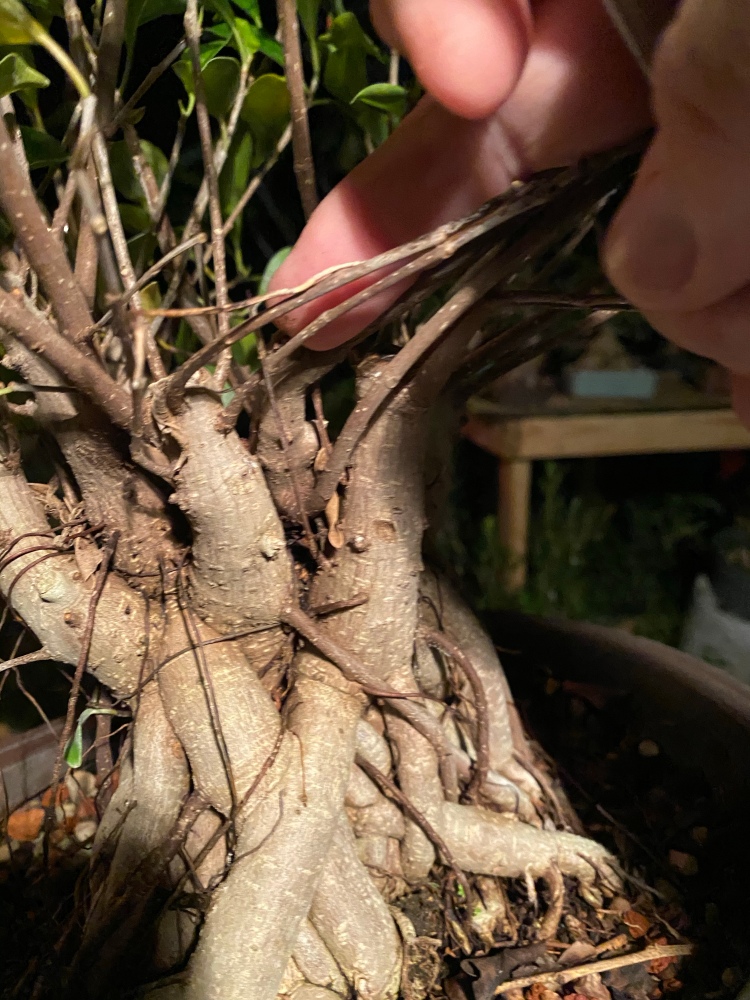 Not sure about this one yet though…. 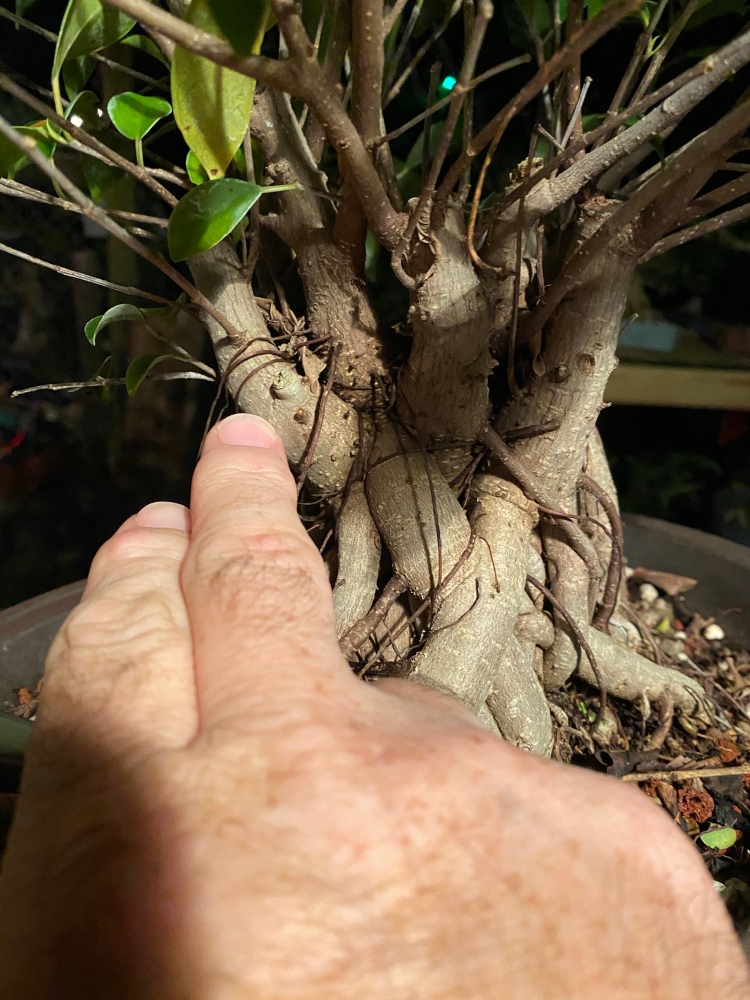 One or both of these gotta go…. 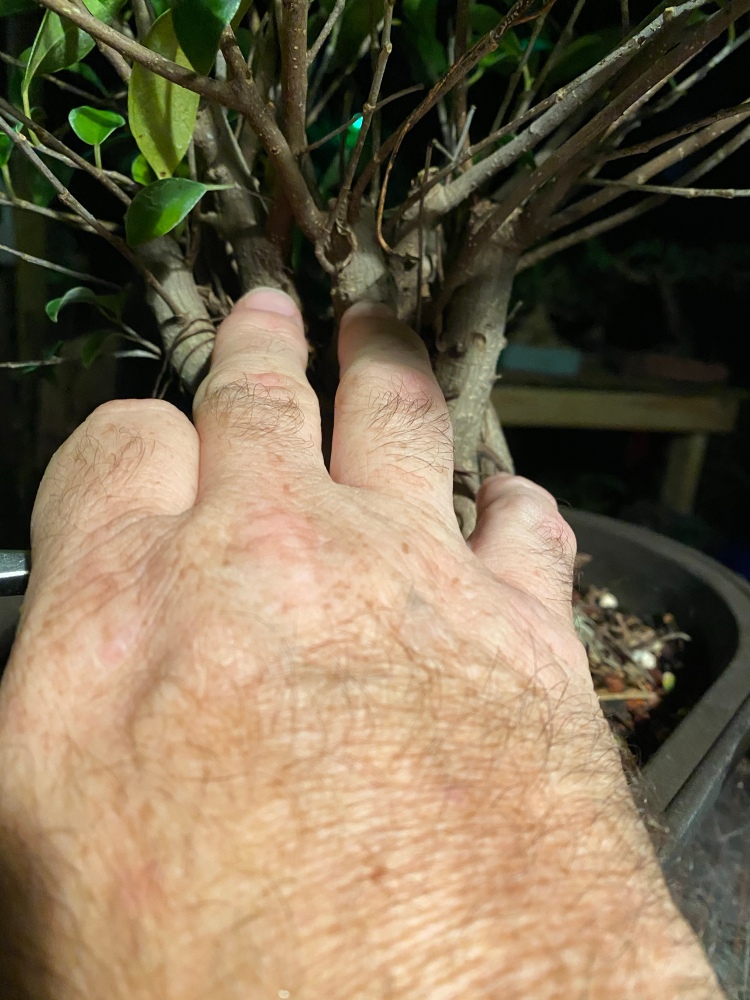 And this tiny one isn’t needed…. 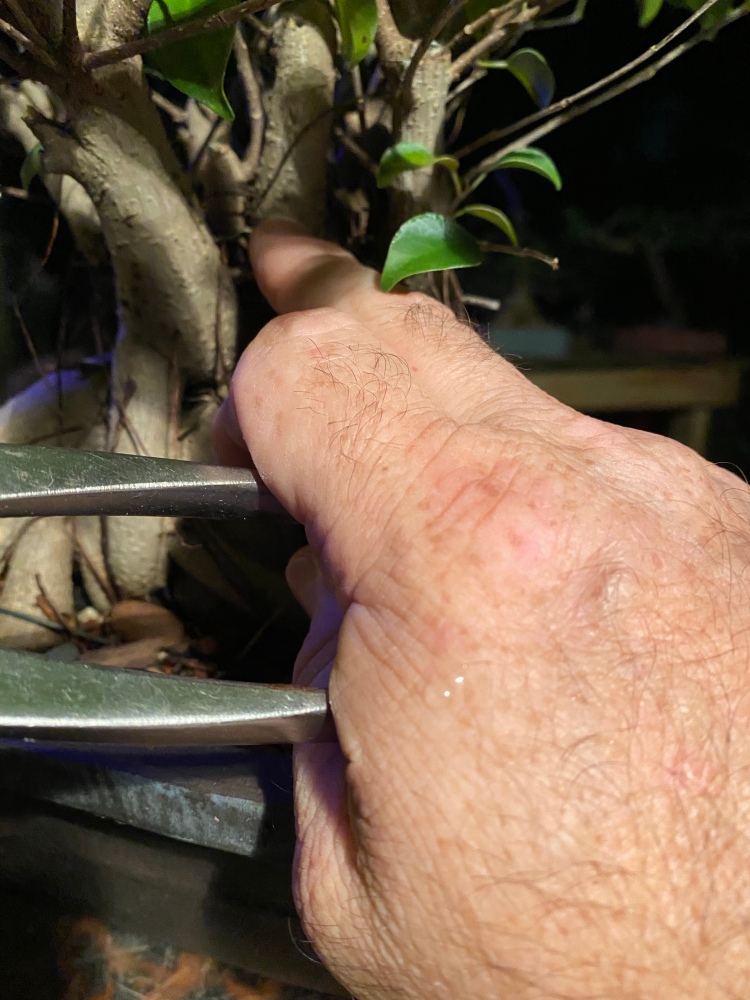 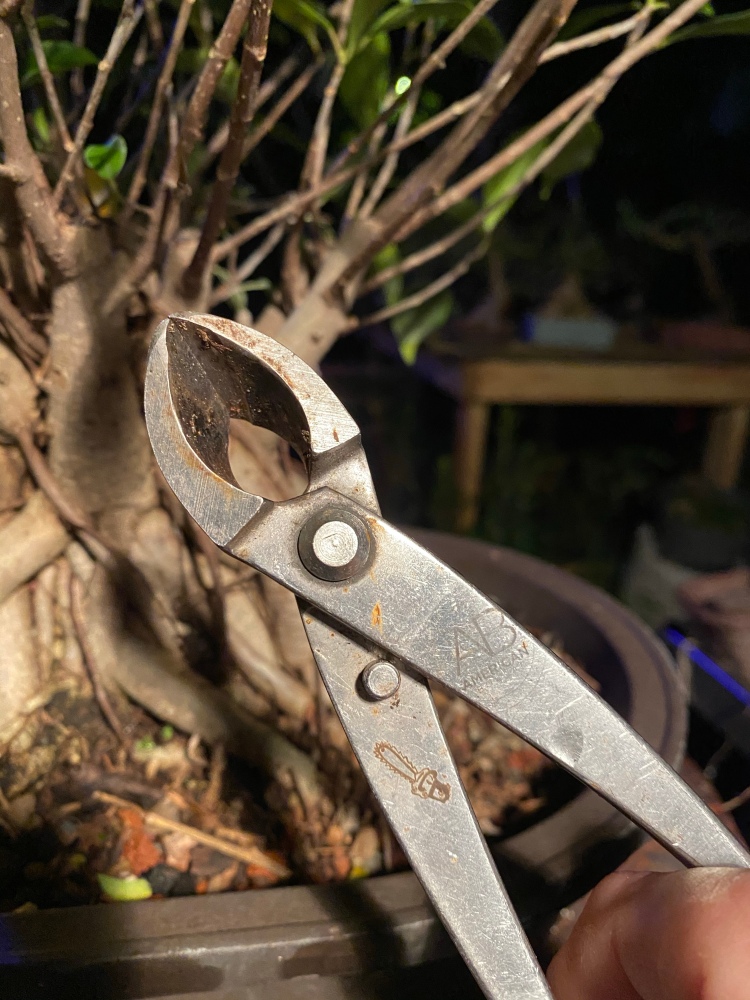 You’ll notice the chainsaw of course. 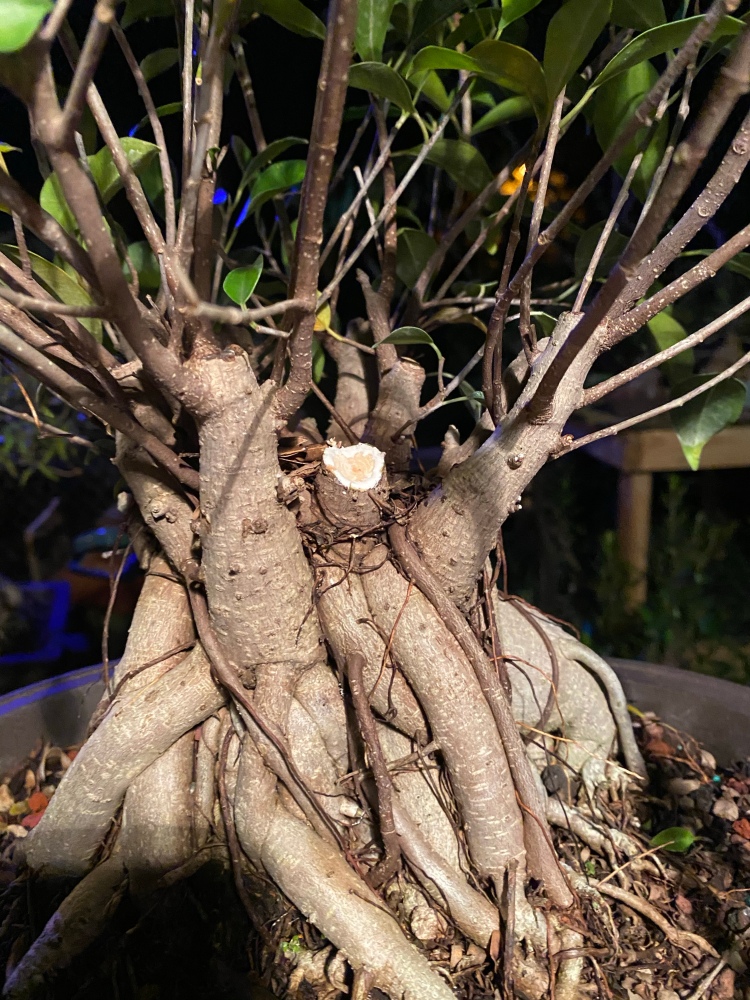 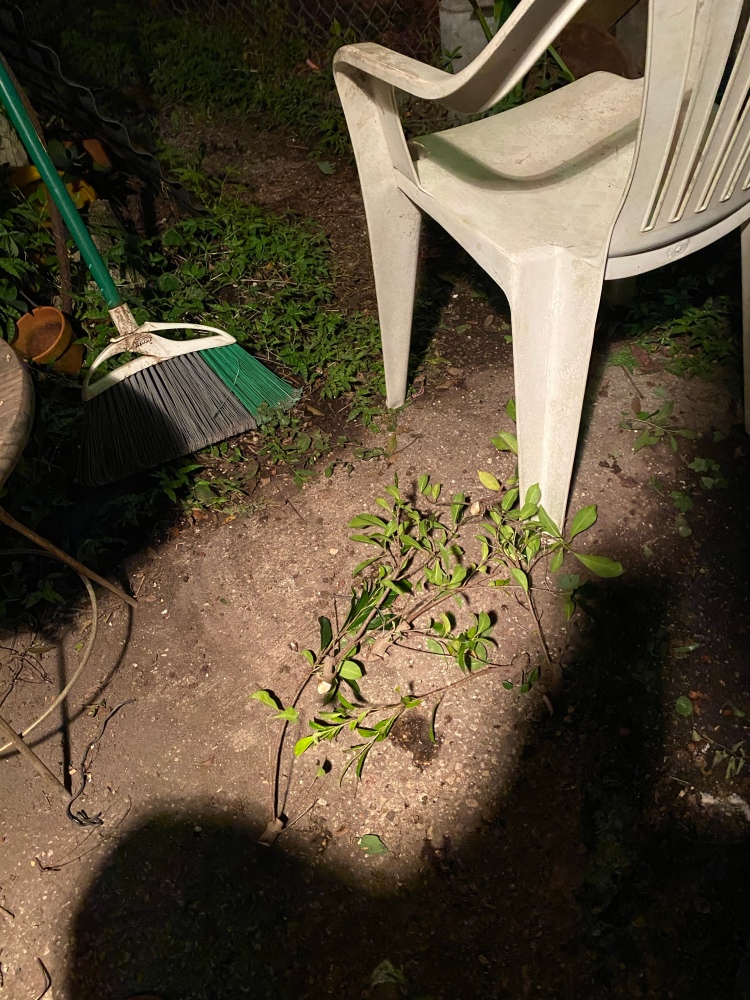 In my last post on the tree, I had collected a similar bundle of cut branches (like below) to try to root as a cutting and I don’t think they took. At least I can’t find the pot in my nursery anywhere. So, just to show I’m not phased by failure, I’ll do the same thing. 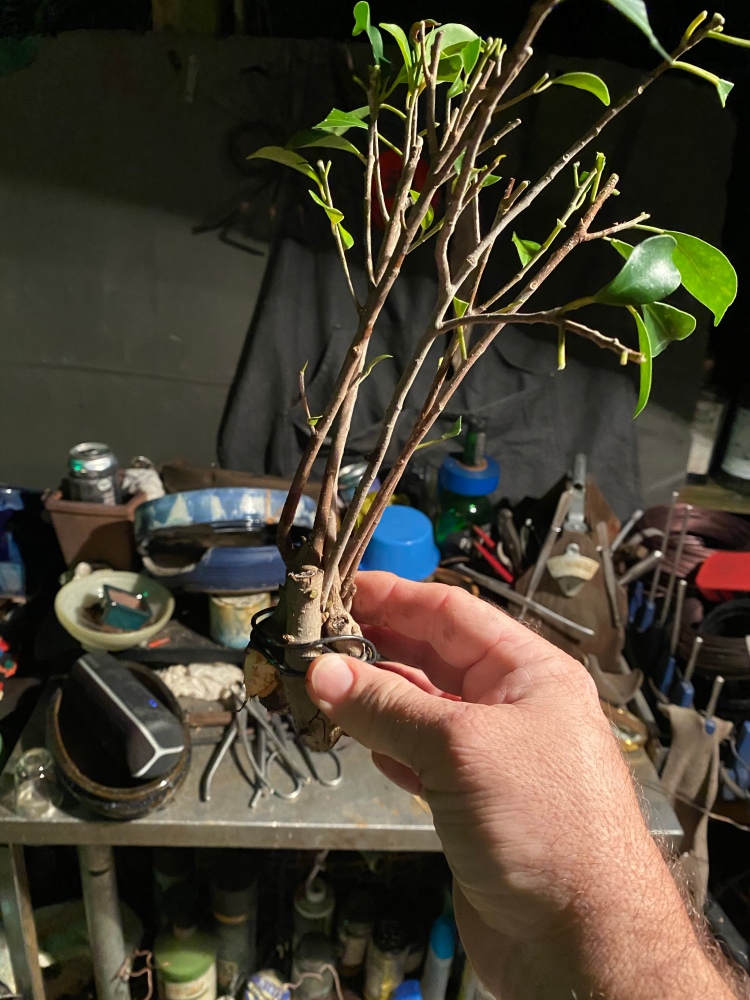 The cuttings are larger than last time and There’re ones that at least have aerial roots, so maybe they’ll work better. What’s the saying? 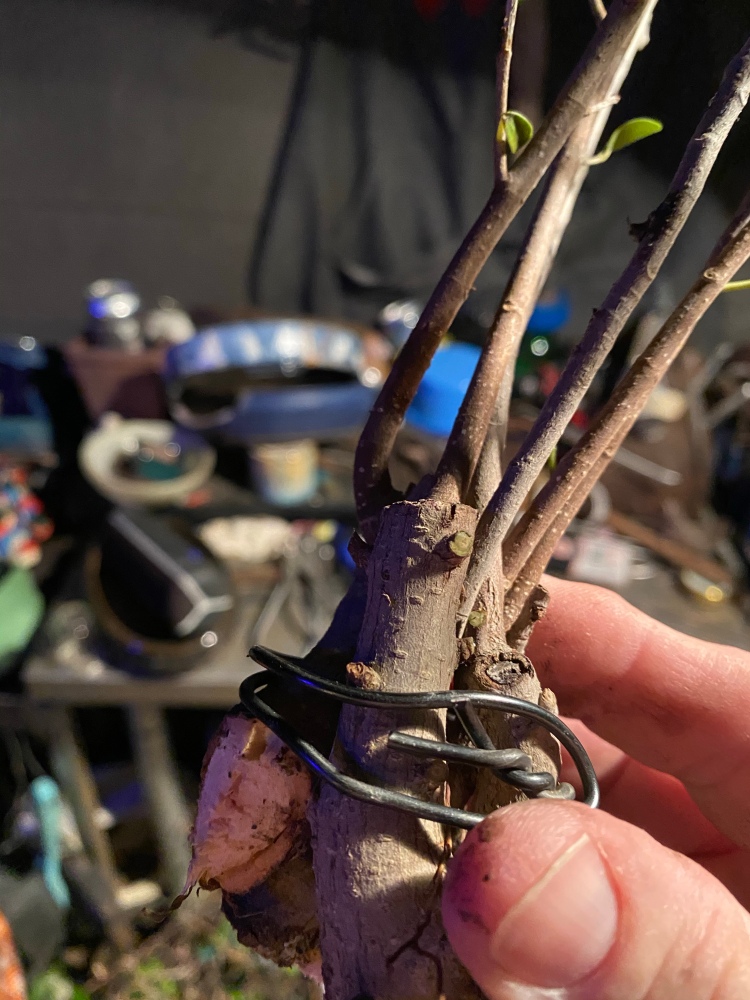 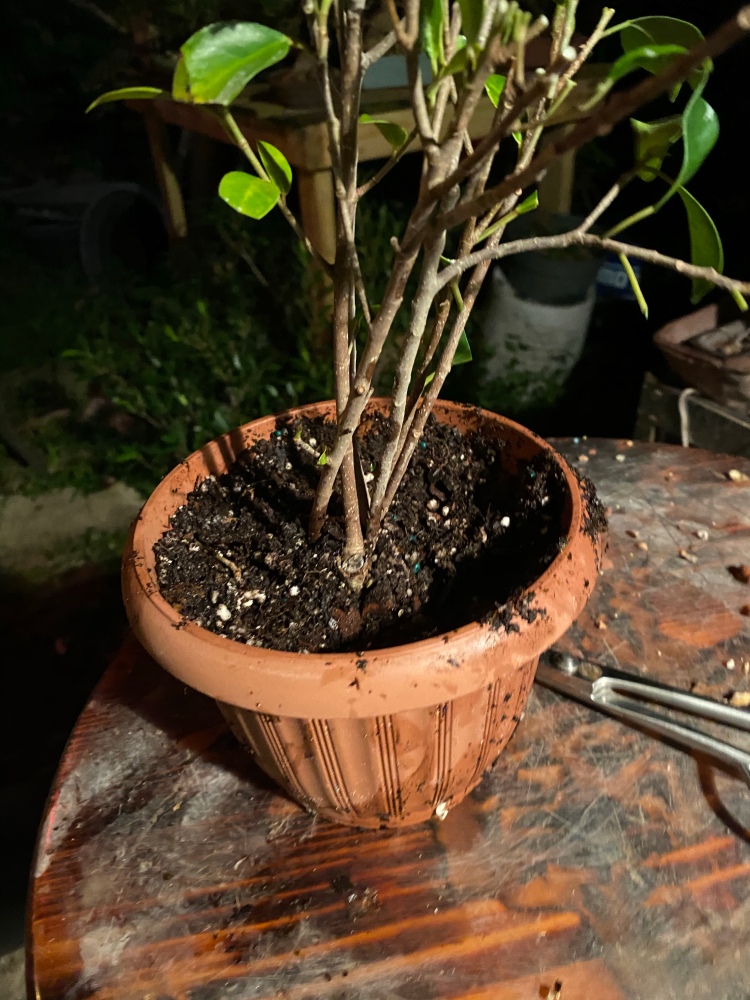 Getting back to the trunk, I left one branch, coming from an awkward spot behind my “main” trunk, but not from it, as I really need a branch in that area. It’ll thicken and eventually inosculate (there’s your 25¢ word of the day, to inosculate: the natural grafting on a plant through pressure and touch) 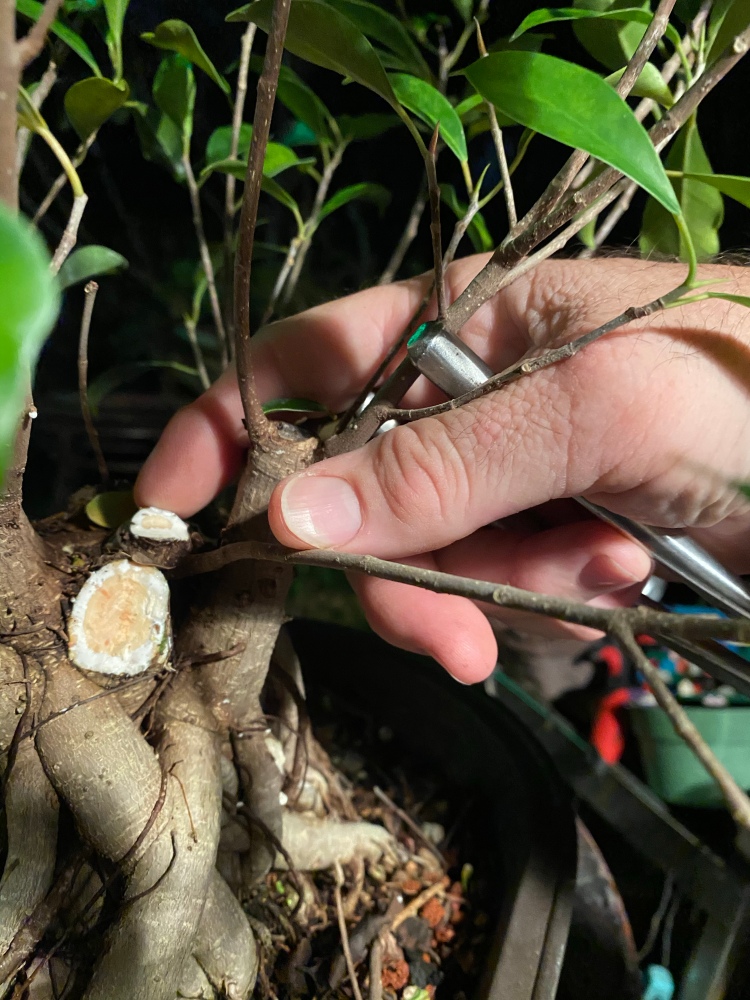 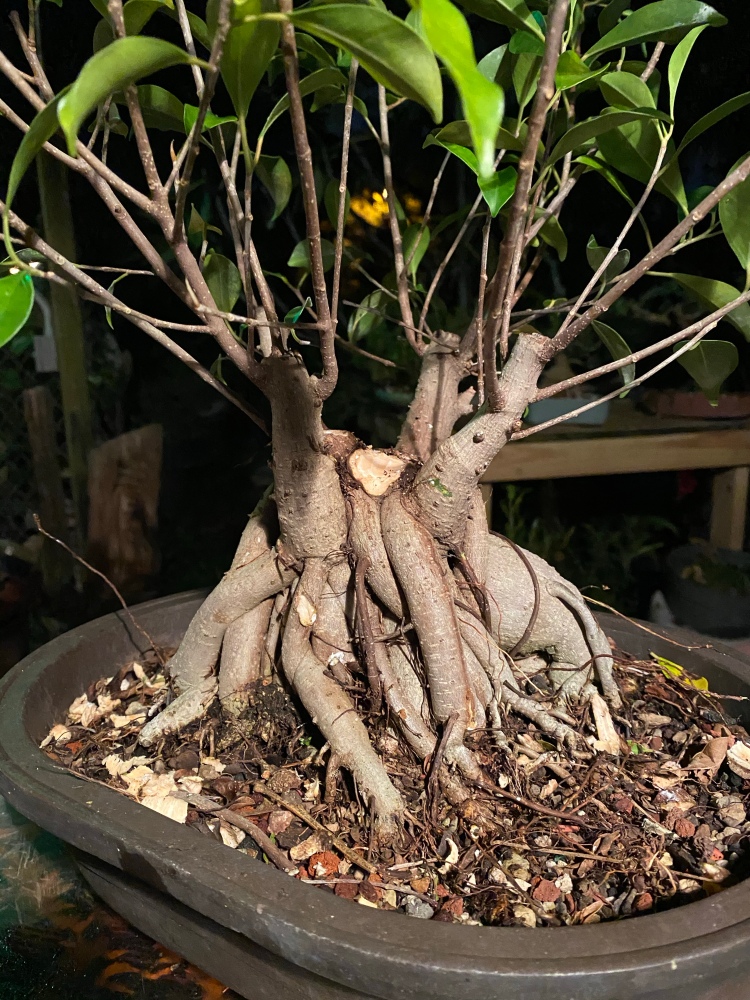 Now I need to clean up the cuts and simplify the branch structure. 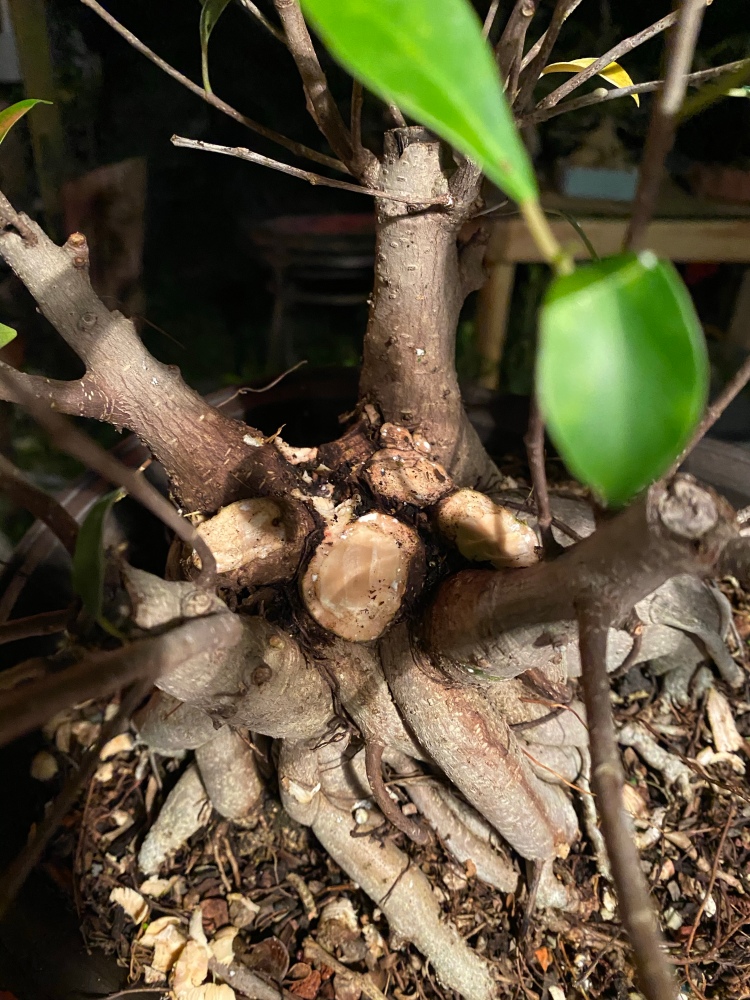 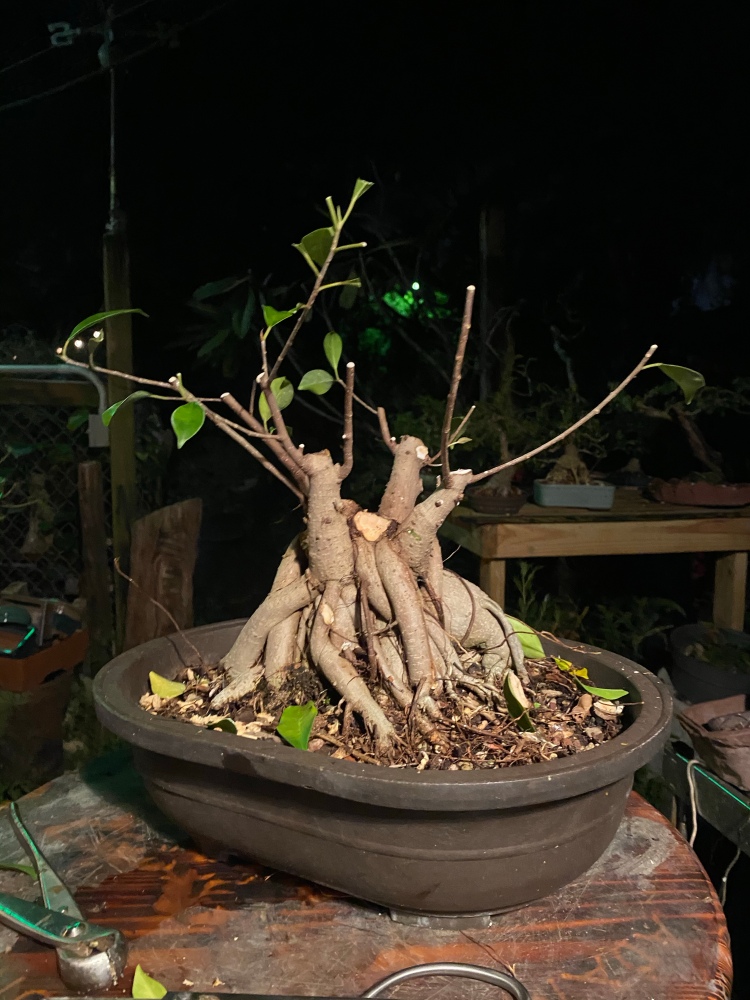 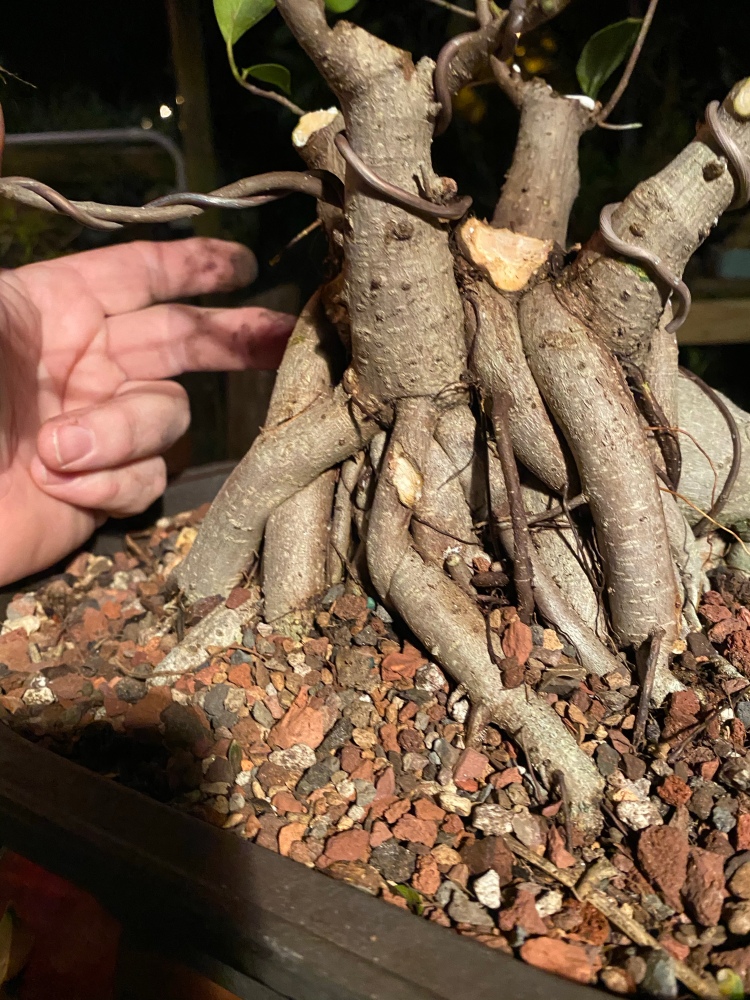 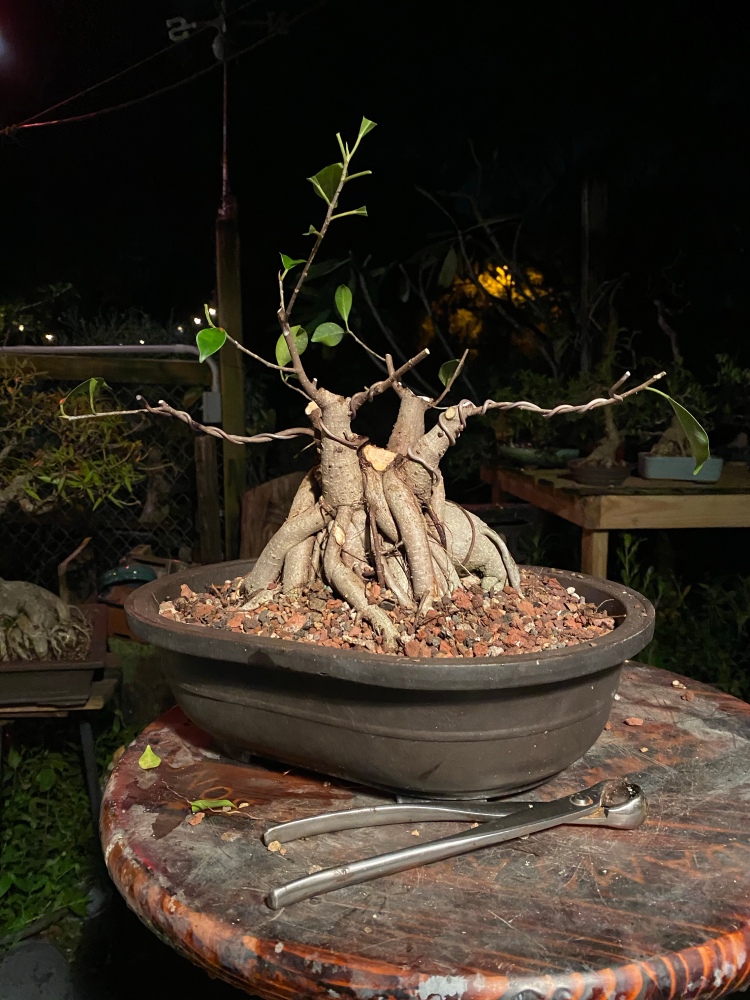 Take note, this will be one of my “Central Florida Winter” projects (we don’t really have winter, but it does get cool enough that many bonsai enthusiasts in my area don’t think we can work the trees. I tend to disagree, of course, so these last few winters I’ve been developing tropical trees throughout the season. Quite successfully I might add). I also have a few other ficus I plan on working up in a few days too. Some you may have seen before. 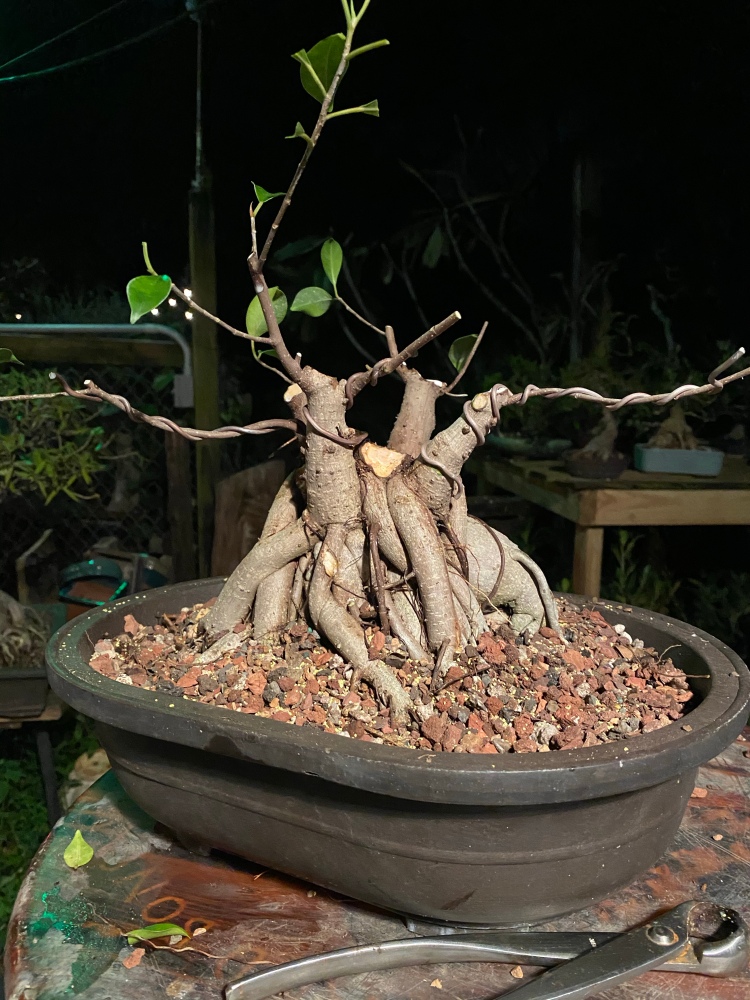 As for this one? Well, stay tuned!